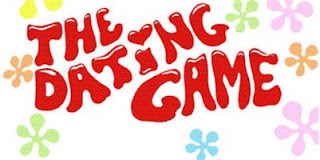 Time for me to get off my sloth-butt and write a freaking blog post.

It also just so happens to be the first time I went out this morning and really needed a long sleeved shirt.

So I don my favorite'est cat t-shirt, pull on my flannel (and pants, of course.  Although it wouldn't be the first, nor last time, I exited the house sans pants), grab my cup of vanilla chi tea and wander out to the barnyard so I can revel in the beauty that is Fall in The Ozarks.
No more than sixteen seconds into my trying-to-relax-and-enjoy-the-moment, I hear the distressing call of a goat.  Forfukssakes.  Can't I just enjoy a freaking cup of hot tea you stupid pecker heads?!?

I run to the goat pen (who am I kidding, I don't run) and look around.  I count goat heads.  I don't see any blood or downed goats or missing goat body parts.  I move around the barn and hear the pathetic cry of a goat again.  I go back around the barn to see who's making the noise and everybody just stares at me....not making noise.

So I just stand there.  And they all just stand there, staring at me, probably wondering if they are going to get a treat, get kicked or get yelled at.  Then I finally hear the pathetic noise again.

It's Annette.  Who is in heat.  There is absolutely no questioning Annette's cycle.  She signals her willingness to be accosted by a smellier-than-all-hell buck goat by tail flagging and vocalizing her wanting by a horribly pathetic and lamenting kind of goat moaning.  And although I will readily complain about the pitiful sounds of Annette looking for some goat booty, it does make it a practically 100% sure sign that she is ready to breed.  There's no need to take temperatures, look at goat behinds for days on end or analyse the consistency of goat "goo".  She just grunts and moans.  All.  Day.  Sometimes for two days straight.
I will soon be removing my cute kitty shirt and favorite flannel, dig some "barn chore" clothes out of the dirty clothes hamper, and convince Paul that he has to be PimpDaddy with me later this morning.  I'm still not entirely sure which buck I'll have her bred to, although I've already made up my mind that it's going to be one of the Boers.  So who's the lucky guy?

Studly, Herman or Moe-lasses, the little black-headed buckling?  I was thinking that it would be neat to get more black heads in the herd, but Annette's mixed-lineage probably wouldn't guarantee anything anyhow.  Not to mention that we'd have to rig up some cinder blocks for Moe-lasses because of his shorter-than-required stature.  So it's either Studly or Herman.

Annette's been pacing the fence line by Herman, so I may just let her choose.  Because if you're going to get violated by a crusty-piss-faced beast with a pecker that looks like a garter snake that got run over by a lawnmower, you might as well get to choose which one.....right?
Posted by Carolyn at 8:50 AM 12 comments:

I haven't a legitimate excuse

Other than that I'm a sloth.

I teased you all with a soap giveaway, then fell off the face of the blogosphere.

I've been spending too much time arguing over stupid political memes on the time-sucking horror that is Facebook and neglected the one computer related project that I actually enjoy....this blog!  But because of my apathy, a few more people got in the proverbial hat for the giveaway, so I guess that wasn't all that bad.

So without further ado, here is the winning name for a homemade bar of soap: 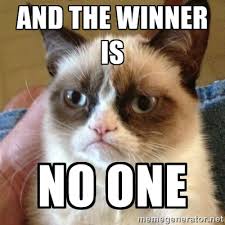 Figured I'd have to pick an additional winner to make up for my pathetic excuses for being so tardy.

Send me your mailing address and your choice of scent (Orange Spice, Sandalwood, Almond or Lilac) to CarolynRenee at centurytel dot net and I'll get your soap to you in a hopefully-more-timely manner than I did the drawing. 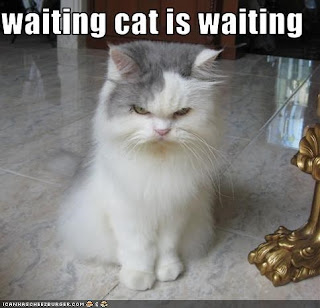