We ran out of the Creepy Meats in the freezer about three months ago.  Dad comes over for Sunday Supper every week and roast chicken is by far his favorite meal.  We’ve hatched out two batches of chicks from our flock and we butchered the roosters for the freezer, but they are nowhere near as fleshy or large as those Cornish cross meat birds.  But you know what?  We’ll survive.

I won’t lie.  I love to have a big chonk’n bird on the table with gravy made from the oh-so-yummy drippings.  But I also love knowing that I can raise my own suppers without having to rely on a hatchery to provide me with those chicks.  And if you purchase chicks yourselves, you are well aware of the fact that they are getting pricier each year.  So this Fall, we decided not to place our normal September order for fifty Cornish Cross chicks and will instead make do with hatching out our own.  Will they be as plump and juicy as those from Cackle Hatchery?  Of course not.  But they will be good nonetheless and we will appreciate each bite even more so knowing that we raised it from the incubator to supper plate. 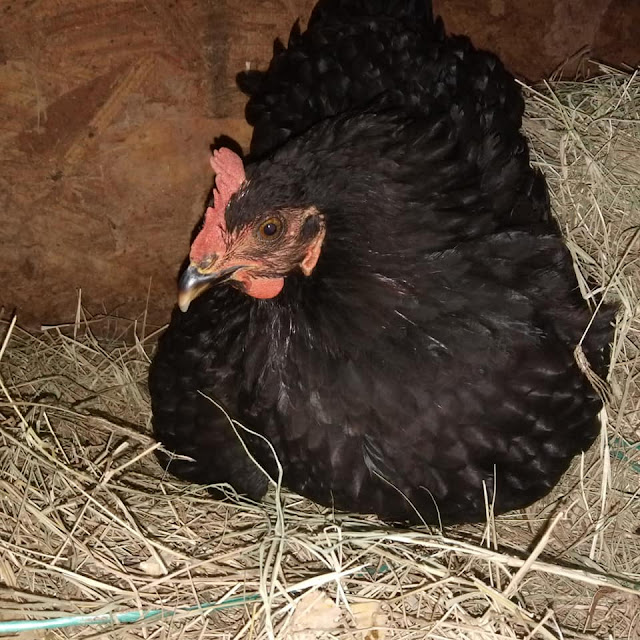 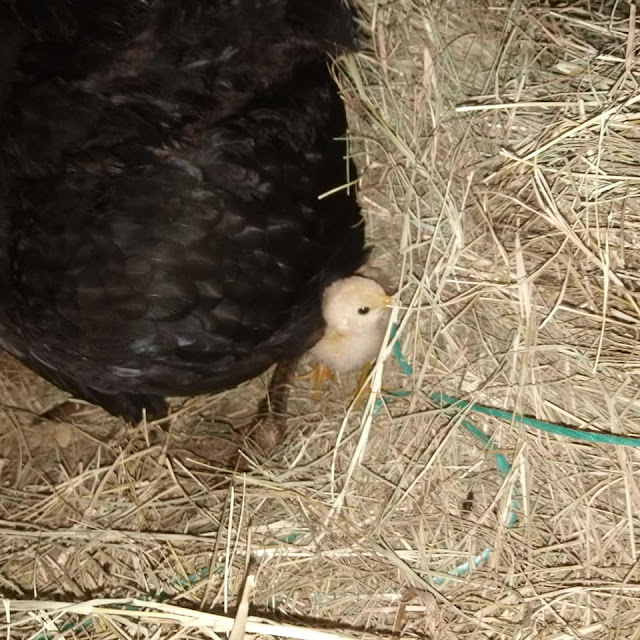 That is Pirate (named for the fact that she survived an opossum attach, sans one eye).  She hatched out a single chick last year (Sparkle) from her nest oh-so-inconveniently-placed in the bulldozer seat.  And she managed to hatch out another single chick this year plus was kind enough to do so in the nesting box.  Hen & chick will stay in the pen for another few weeks then be let out into the Great Wild Open of the barnyard.

Earlier this year, in the cold months of January, we were gifted some hatching eggs from the neighbor down the road.  I believe there were about twenty live hatches.  We butchered and ate the roosters and just recently started getting eggs from the ladies. 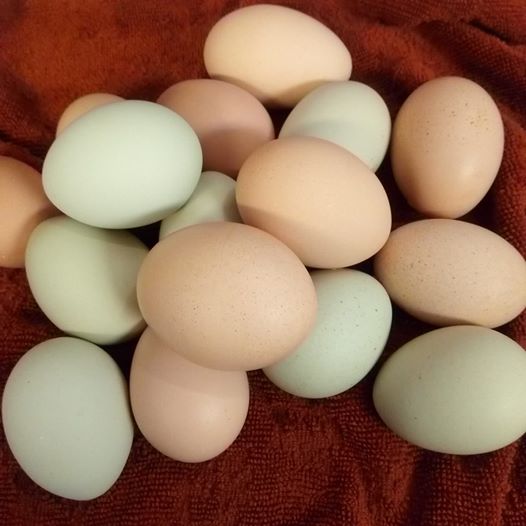 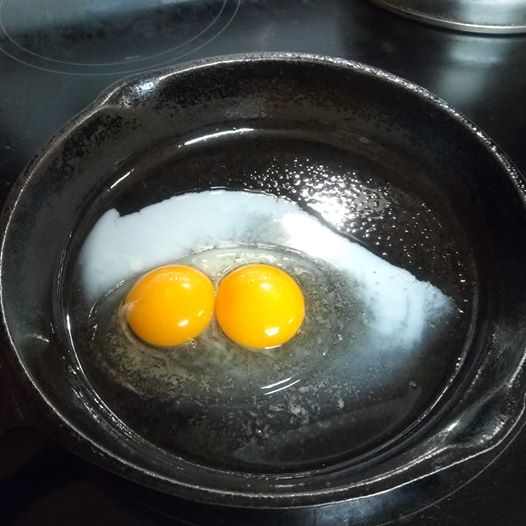 It’s the little things that make me smile :)