And I hope you all had a wonderful holiday season, however you celebrate it....or don't.

I've neglected my blog (again), as well as neglecting everyone else's blogs. I've been trying to do more non-computer stuff and making the most out of the spurts of nice weather we've had so far this Winter. Lots of hikes, lots of wandering through the back 40. Collecting lichens for tinctures, collecting mushrooms for eating. Taking down Christmas decorations, putting up grow lights. Moving marsupial mauraders, adjusting to Penelope moving to her own pad.

Penelope (our resident fart squirrel) had decided that it was time for her to go out on her own. She made this decision by now twice by jumping off the back balcony in order to get into the great wide outdoors. She had food delivered to her twice a day, she had a box house, toys, cat tree, blankets and a heating pad. But all that extravagance and comfort was no match for the call of the wild. I wrongly assumed that her first "fall" off the back porch was a mistake, and I found her later that evening wandering around the yard, digging for yummies in the ground. So I brought her back in. The second time, just a few days later, I had to admit to myself that she really wants to be off the porch. Even when confined to the (relative) safety of the back porch, we would take her into the woods, or walk with her down the trails or just in the front yard, but it wasn't enough. I reluctuntaly understood. My beloved fart squirrel didn't just leave the nest - she hurled herself off the back porch.

Luckily for me, she decided to make herself a home underneath our storage shed. We provided her with several polar fleece blankets and she drug them to her little burrow under the shed; close enough for us to still see where she made her home, but far enough under that we cannot get to her if we chose to. Sneaky little girl.

Fart squirrels do not hibernate in the winter, but instead enter a period of "semi-hibernation" called topor when it gets too cold. Internal body temperature drops, respiration slows, and they basically just take really, really HARD naps, sometimes for days at a time, but nothing like what grizzly bears do. I'm not sure if she's gone into this state of rest yet as our lowest temperature has only been 19 or 20 degrees at night and we have seen her for supper every day since her emincapation. I'll have to read up on that. Maybe topor is just something like I go through during the winter. You know. It's freaking freezing outside and you're cold and sleepy so you go to bed really early and just sleep like a rock and nothing can wake you up. Except the smell of bacon. Bacon I would wake up for. And she does wake up for her nightly suppers so apparently her olifactory senses are not dimmed during this lightened state of semi-hibernation. 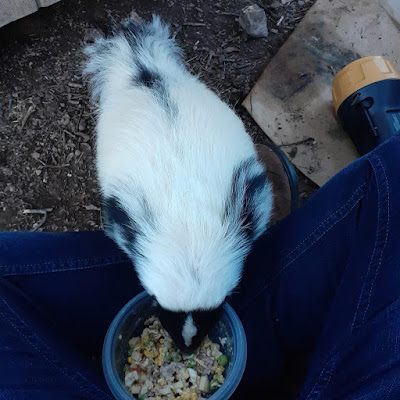 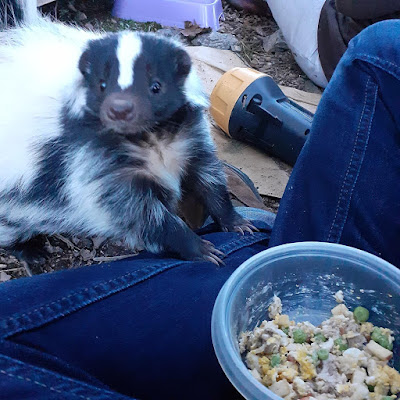