This weekend was the first that we were expecting cooler temps in the daytime and freezing (or close to it) overnight.  Normally this would only mean that I may have to chip ice out of stock tanks and light the wood stove at night, but this weekend it was going to mean much, much more.

Paul, Rhiannon and I went to the school barn to pick up Yummy on Saturday.  Well, not so much "Pick up" as "Try to convince him to get into the back of the trailer with the prospect of getting a huge bucket full of slop".  Which wasn't as easy as I had hoped.  It took us close to a half-hour to finally get his plump butt in there.  But after that it was an uneventful drive home. 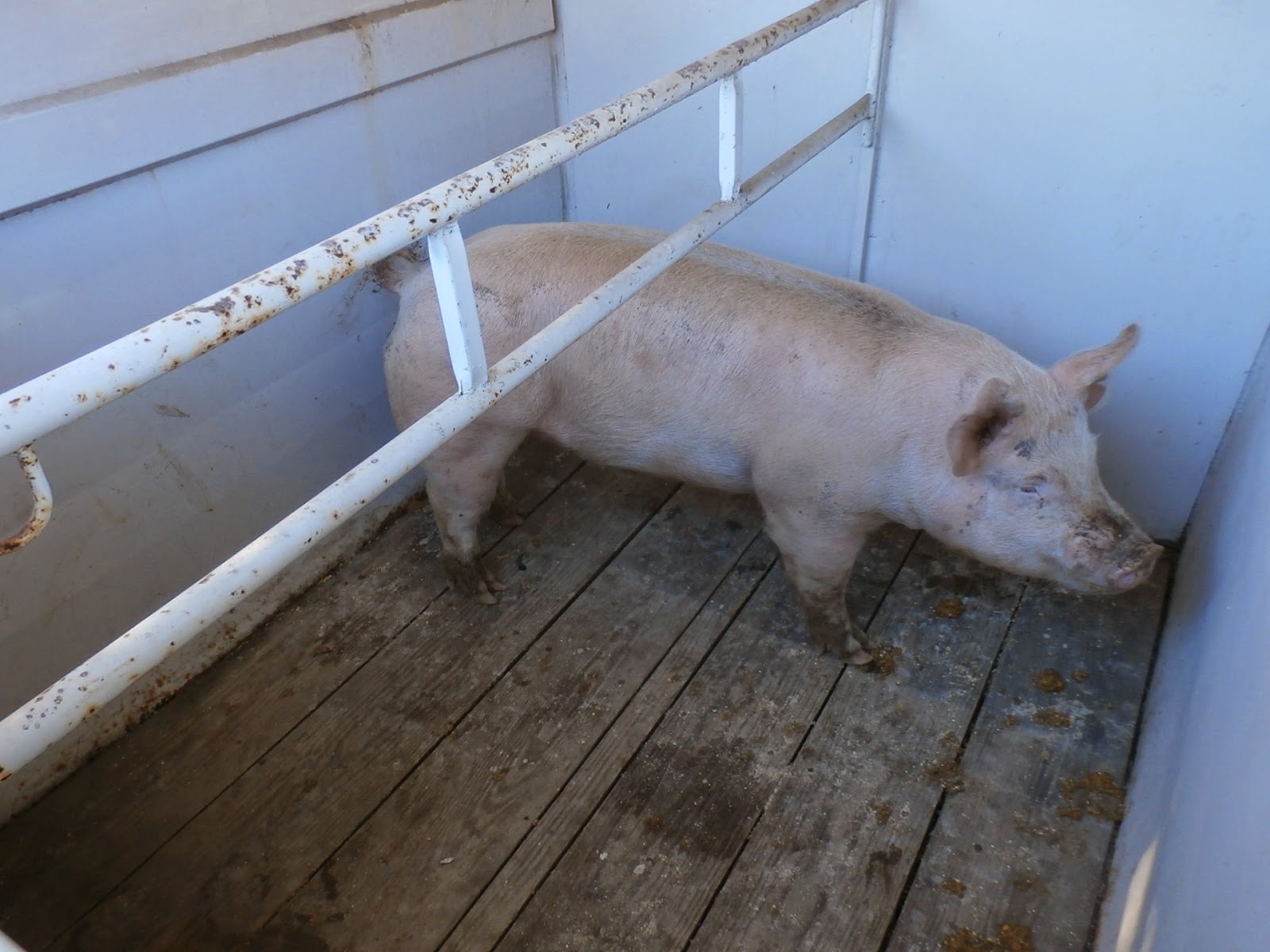 Although we've helped butcher hogs before, this was our first solo-gig.  Yummy never left the trailer; at least not alive.  A well placed .22 round to the brain ended his life here on earth and began his new existence as sustenance for our family.  We bled him out (a deep cut just behind the jaw, into the jugular) and hoisted him up using the tractor.  I finally got to use my birthday present from last year (thanks, sees-ter!!):
While the pig was hoisted up, Paul gutted it.  Choice organs were saved for us (liver, mainly) and Charlie got just about everything else but the intestines and stomach.  He's in doggie heaven on butchering days.  After the insides were outside, Paul cut the head from the carcass, we hosed it off and had to get it off the tractor boom.

Since we didn't have a stout tree limb to hang the hog from, we stole an idea from Ohio Farm Girl and made a Pig Cradle to skin him.  We would have continued using the tractor to hang it from, but we don't have a safety "lock" to keep the front end loader secured in case of a hydraulic hose / valve / cylinder fail.  It wouldn't be a pretty sight if there were some sort of tractor mechanical failure.
Once the carcass was on the cradle, we went to skinning it.  Which wasn't as easy as it sounds.  Depending on factors that we have yet to fully understand, one may be able to just start peeling the skin off like any other animal.  Or not.  We ended up having to flesh (i.e. making small cuts using a very sharp knife) out more than half the pig.  It doesn't look very pretty either.  But since the main reason for skinning / fleshing out the pig was to save the fat for lard, pretty didn't really matter.

After the pig was relieved of it's skin, we hosed it off some more and used the tractor to haul cradle and carcass into the garage and onto the nice, stainless steel table that my Dad gave me last year.(Interesting gifts I get from my family, hugh?  Game scale, SS table.  I think it's great!!)  There it sat, overnight, to chill in the 35 degree darkness. 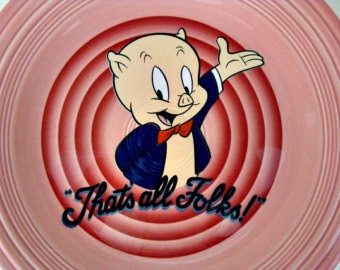 No, that's not really all there is.  To be continued.  I gott'a get back in the kitchen to mix up some breakfast sausage, rub some hams and cure me some bacons!!
Posted by Carolyn at 1:30 PM