We ran out of hay for the goats on Wednesday and have just one opened round bale up at the mule barn so it was way past time for a hay-run.  I've been hand cutting green munchies for the goats, but not with the kitchen shears anymore.  I didn't get to see if the feed store or hardware store had a sickle blade, but I remembered that I already had one.  It was just sitting on the wall outside as a decoration!  It was rusty, and the wrapping for the handle is a bit worn off, but Paul sharpened up the blade and I'm now using that to cut greenery for the goats:
Technically we still had one of the really stemmy bales of hay from last summer so I asked Paul to pick up the bale with the tractor forks & dump it into the goat pen figuring that they could pick their way through it and find some good stuff.  It was like Christmas morning.  Running and pushing and shoving, all so they could try some of the "new" hay.  Which they seemed to absolutely LOVE.  For like ten minutes.  Not that I blame them, it's really crappy hay. 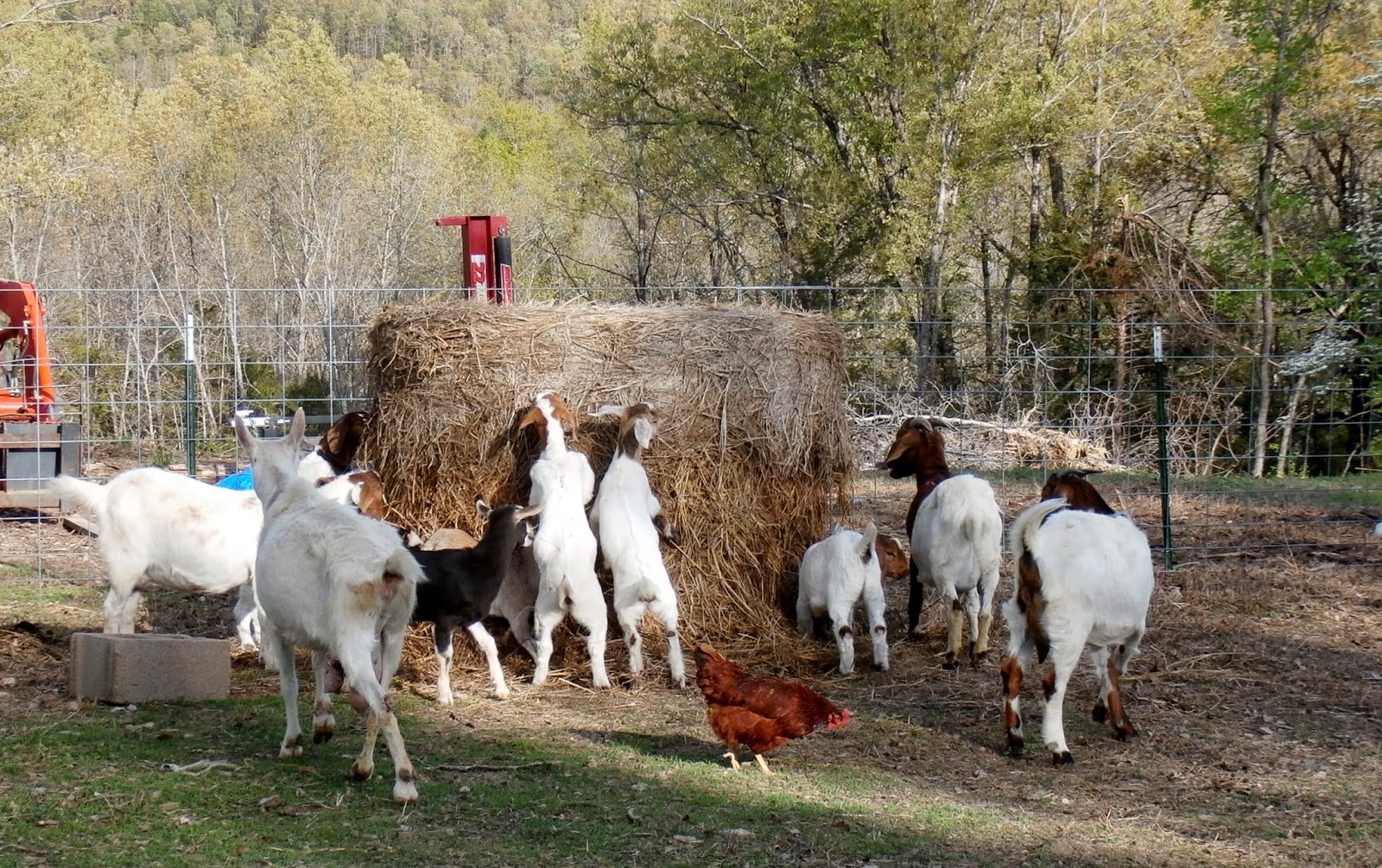 Paul hauled home six round bales of a decent grass mix and I forked some of that over to the ingrates and they dug in.  For like ten minutes.  I expect that the buggers are still expecting me to hand-deliver freshly cut munchies to their maws every day now.
Posted by Carolyn at 10:05 PM