Making a Hut a Home

We currently have thirteen goats.  And with the exception of really cold nights when I open up the kidding pens, the only shelter they have is the main entrance of the barn, underneath the barn (which is their preferred hideout), a goat hut we made several years back, three "dogloo" type houses, and the three 55-gallon barrels set up in pyramid fashion (which only the kids and chickens actually use).

So although everyone has the chance to hunker down in a sheltered area during rain and cold snaps, it is not going to be that way come April when the kids start popping out.  We need to either make another shed or lean-to for them, or make more goat huts.  Since our eventual plan is to have the goats moved from area to area during the year, it made more sense to make multiple, smaller, mobile goat huts than to start making larger, permanent shelters in the different areas.  Especially since we're not entirely certain where those areas are going to be or how they will be fenced off.

Since the weather was so warm and beautiful this weekend, we got a building bug up our butts and started another goat hut.  It all begins with a pallet and we build on from there. 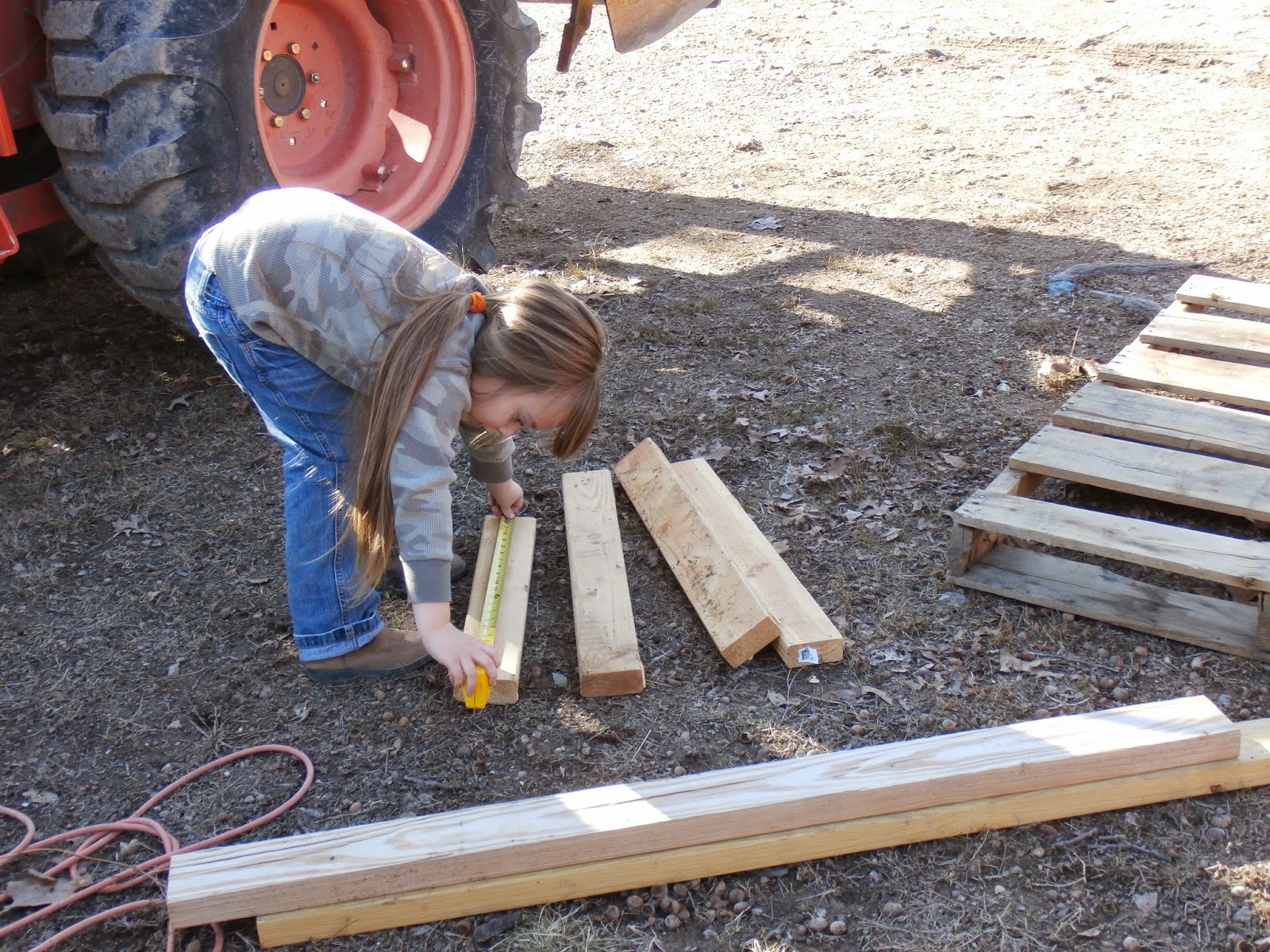 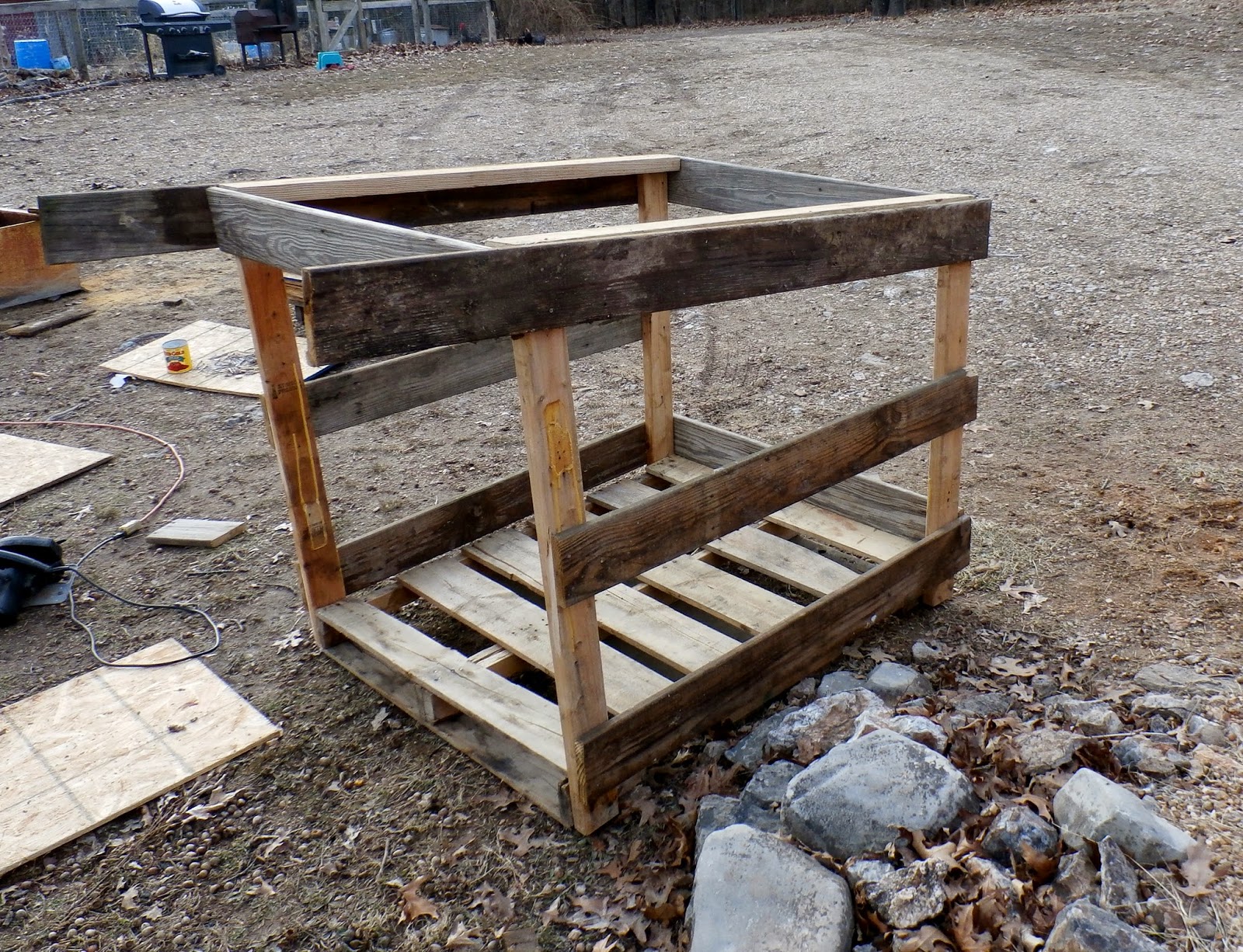 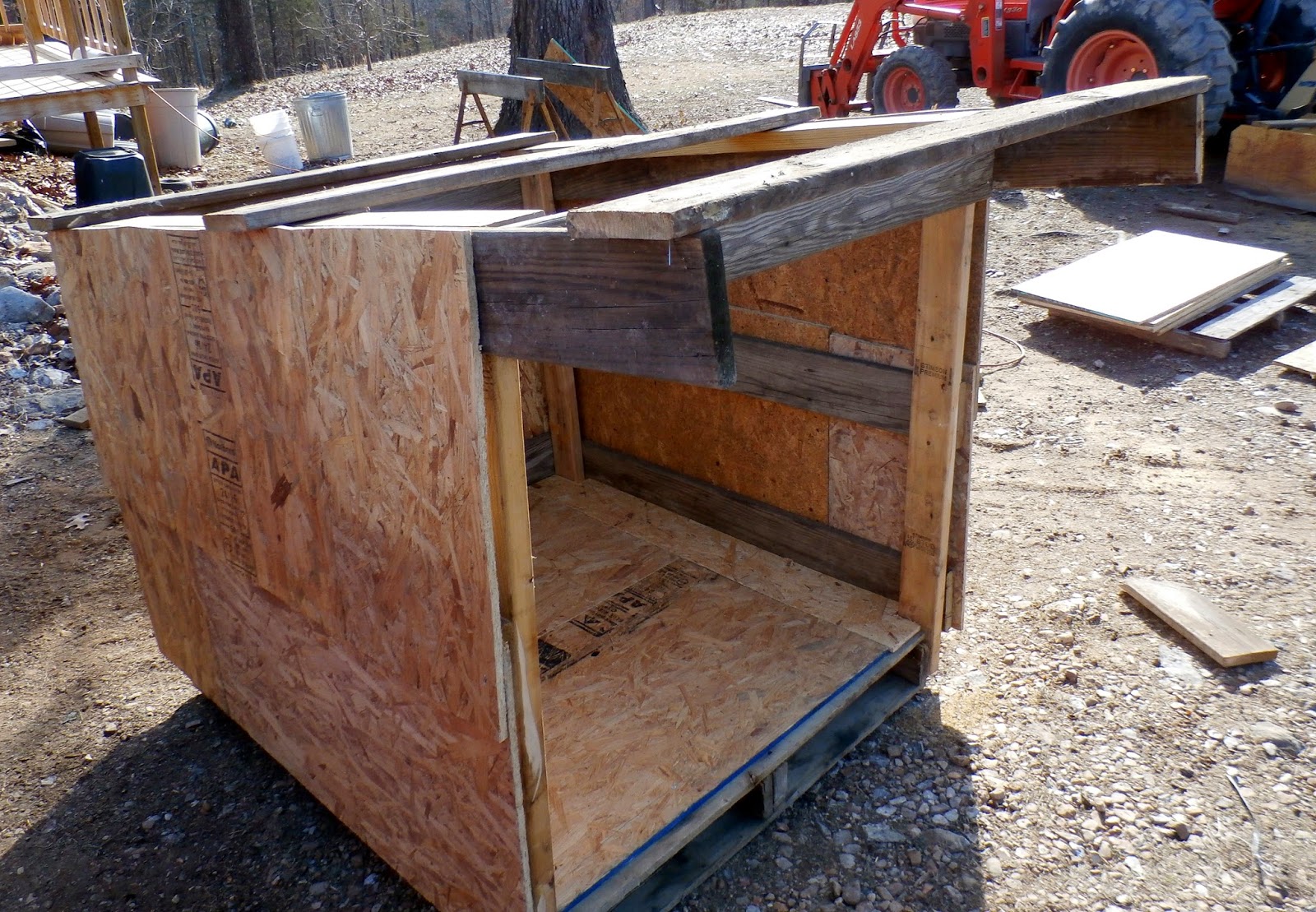 We've accumulated several pallets over the years as well as odd pieces of lumber, salvaged decking, 1/4 sheets of plywood (thanks, Dad!), irregular sized scraps of tin roofing and other odds 'n ends.  With the exception of a handful of brads, everything that we used to make the new goat hut was recycled, even the nails!

So even though we used some of our homestead building materials inventory, we spent less than a dollar (very high estimate of the cost of the new brads, although we already had them on hand) on the entire project.  And once the weather warms up, I plan on painting it.  With red paint I got for a song a few years back at the "Ooops" section of the local hardware store. 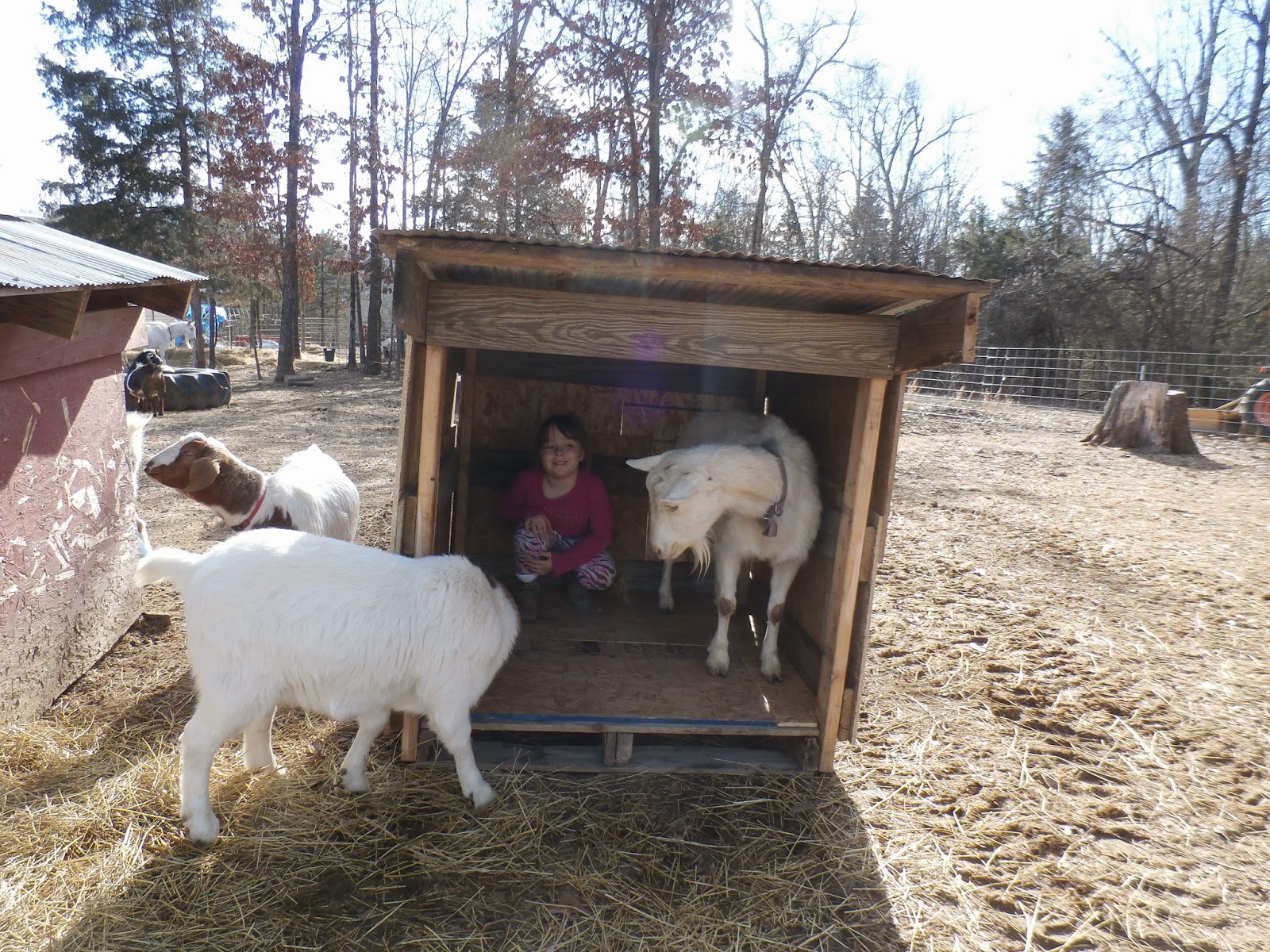 Don't get me wrong.  I've seen several goat houses and chicken coops featured on blogs or on pinterest that look totally awesome.  And I suppose if we spent a little more time and expended a little more effort on this project, it could have looked much more charming: 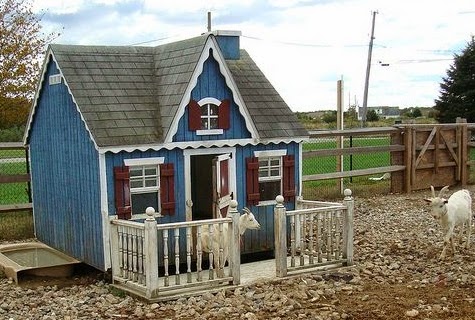 But we only spent four hours on it.  And it didn't cost us squat.  And the goats are just going to crap all over it anyhow.  So I'm calling it good.
Posted by Carolyn at 8:09 PM