I had intended on featuring the recipe for these Cupcakes in this week's Oven Lovin: 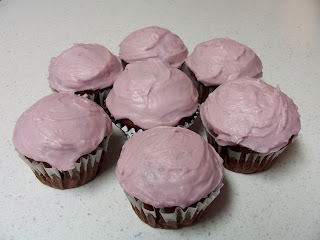 But instead of the recipe, you're getting pictures: 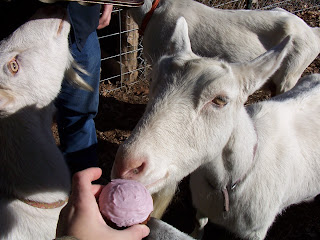 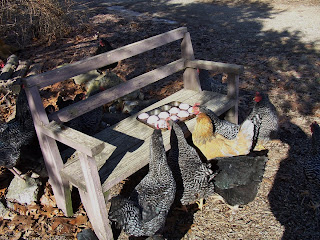 Yes, the goats and chickens are eating the cupcakes.  Because they were just, well, horrible!  I got the recipe out of the older BH&G cookbook, but made two slight modifications.  I added cocoa powder and a little bit more oil to the recipe as well as adding about another 1/4 cup milk as the batter was like cement.  Not sure if that is what screwed it up, but the cupcakes were as dry as an Ozark summer and I couldn't even finish one of them.

Rhiannon, on the other hand, was pretty distraught to see her cupcakes given to the livestock and had to grab just one more before they were devoured by the critters. 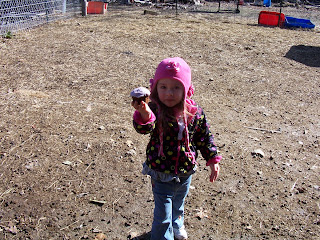 Hopefully some of you have a recipe worthy of making it to Tiny Gardener's Saturday Oven Lovin!   I'm going to have to take a pass this weekend.  Unless you really want a recipe for Livestock Fodder Cupcakes.