Rhiannon (and I) anxiously awaited the early morning phone call.  We were already prepared for the arrival so when it was time to go, we jumped in the car and zipped into town.

We got to the post office and knew our package was waiting there for us before we even entered the main lobby.  The audible evidence was reverberating all around the painted cinder block walls.

Rhiannon goes up to the counter and asks the postman, "Are my baby chicks here?" to which he grins and says, "I'm sorry, but I don't think there are any chicks for you here today."  Rhiannon lets out a startled "Hugh?!", looks at him as if he's totally crazy and is adamant that her chicks are in fact in the back and points in the direction of the peeping and says to the postman, "Can't you HEAR them?!?".  His attempt at humor was stifled a bit by Rhiannon's inability to comprehend the man's apparent deafness and her indignant insistence that they WERE there.

He finally gave up the charade and slid the peeping box over the counter top to my now much-relieved daughter.  When we opened the door to leave, I swear she gave me a look like "What was that guy smoking?!" 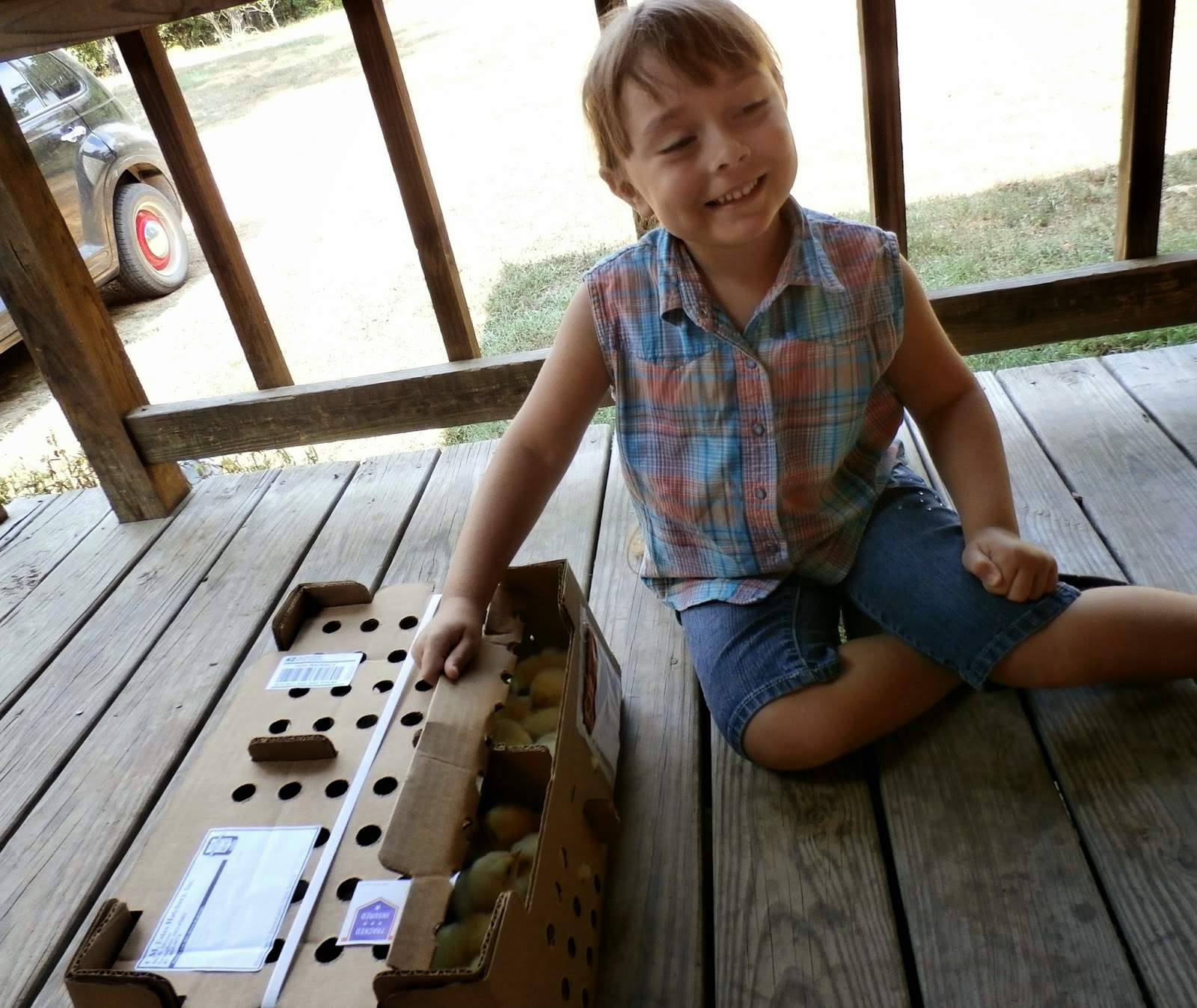 I had originally planned on ordering from McMurray but because of my procrastination, they didn't have any available until the middle of September and I really wanted them no later than the 1st of September.  So on Monday I ended up I ordering thirty Cornish Cross cockerels from Estes Hatchery, who are located just two hours north of us.  I figured I should give a somewhat local company a shot and the fact that my carbon footprint wasn't all that big for the shipment, I felt pretty good.  All thirty-two fluffy chicks (they threw in two extra) arrived from Estes just four days after I placed the order, alive and peppy.  We performed the obligatory New-Chick-Ritual (dipping beaks into water & showing them where the food was) and left them alone to explore their new home. 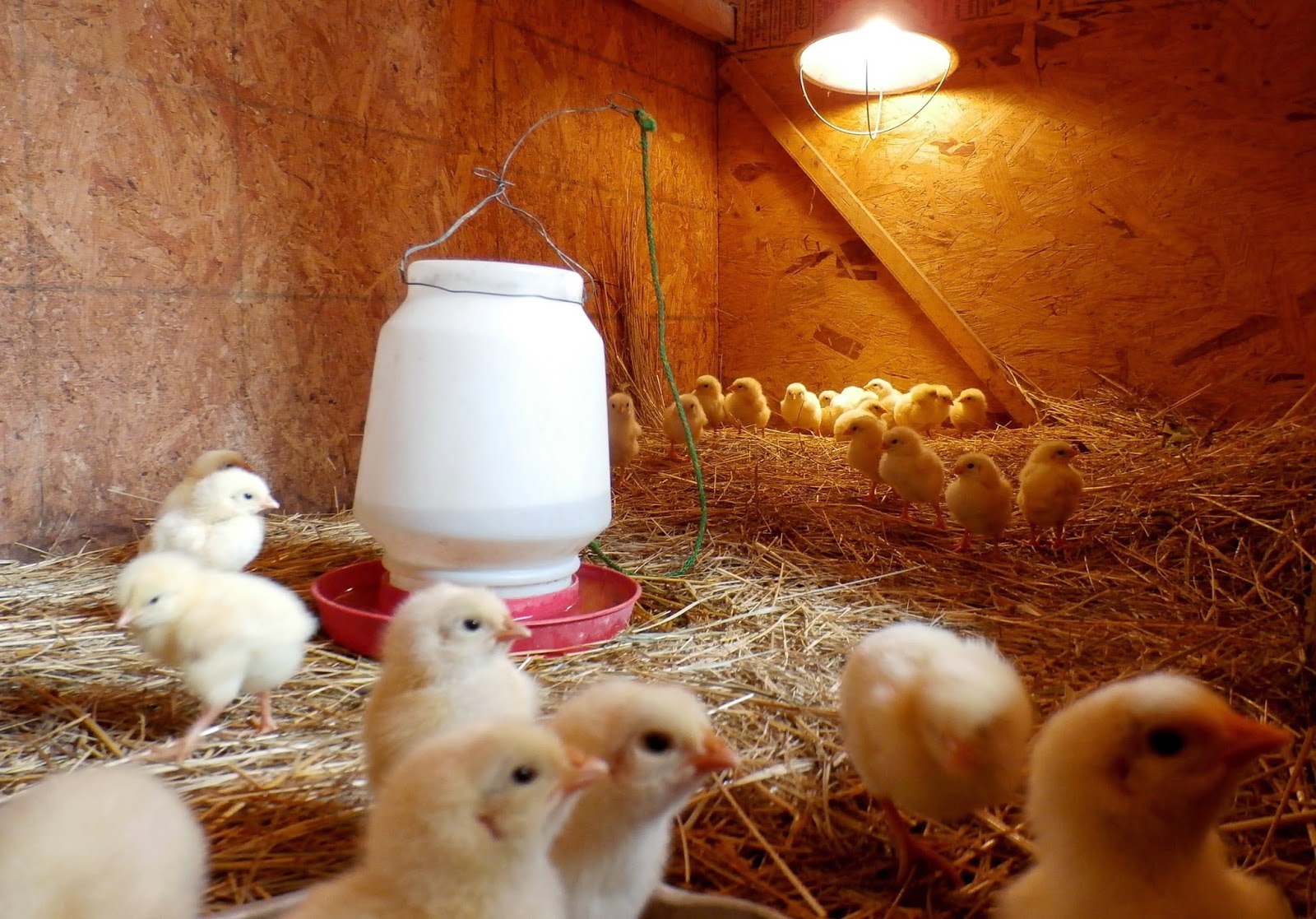 I was hoping to not have to use the heat lamps for the nuggets, but it did get down to the 70's last night so I had to have Paul run the extension cord for it.  It was either that, or bring them into the laundry room.  And we all know how wonderful that is, don't we, Susan???
Posted by Carolyn at 3:43 PM