Although our peach trees have been dropping imperfect fruits for the past week, I have still been taking advantage of them.  I think I've only encountered a dozen of them that weren't plagued by the damnable Plum curculio, gnawed on by the sudden influx of hungry peach-eating squirrels or pecked to smithereens by the chickens.  Most of the near perfect peaches I immediately cut up and shoved into my gaping maw or passed on to Rhiannon for some homegrown snacking.  Others survived a short stint in the fruit bowl. 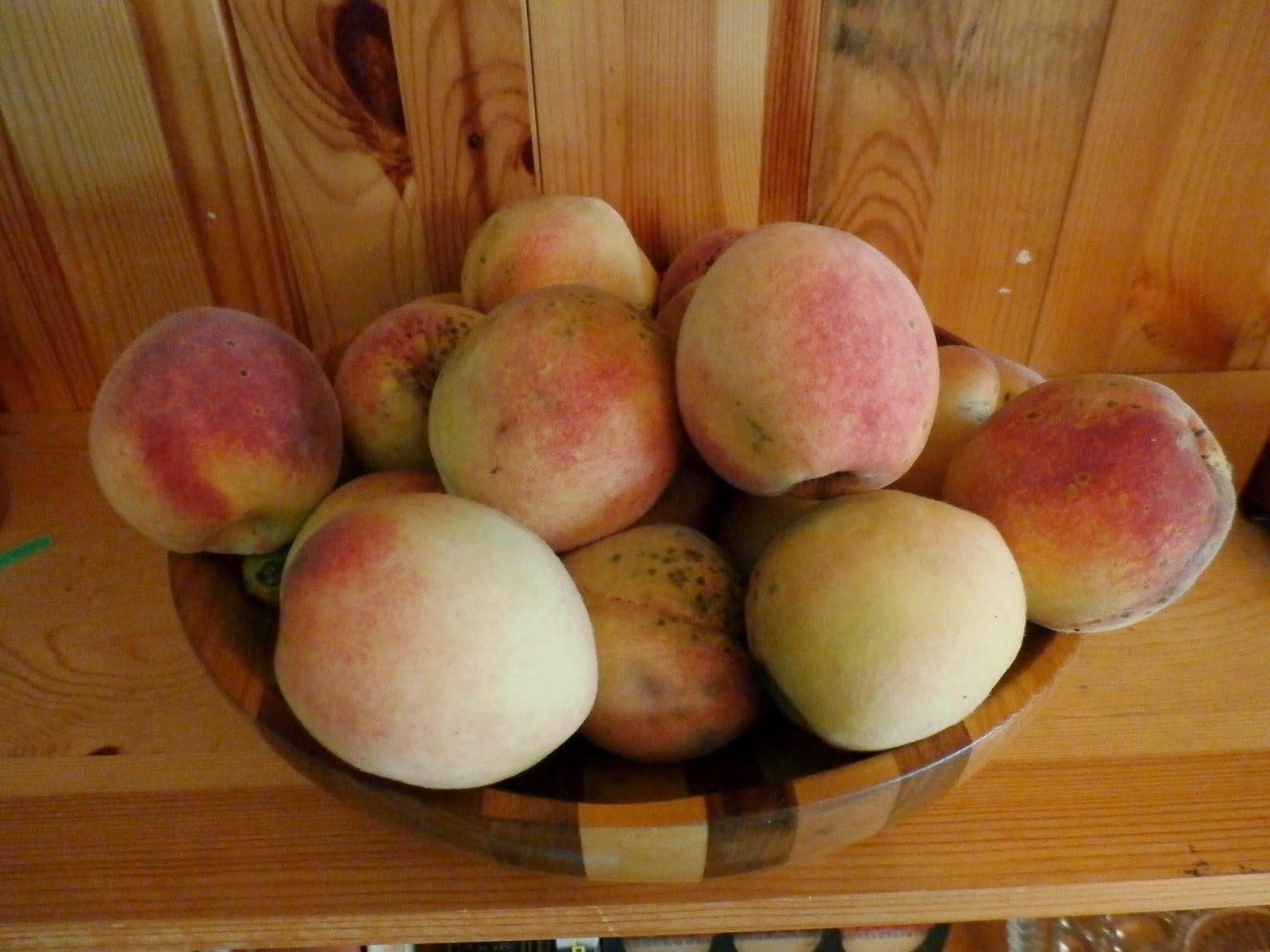 As the peaches fell off the trees, they were hastily processed almost each day, dunking them in boiling water to release the fuzzy skins, then cut apart to get rid of the grub-munched parts and immediately tossed into a gallon zippy bag and put into the freezer.  There weren't enough at one time to can so I'll stock them in the freezer until I have enough to make it worth firing up the canner.

We're not the only one with peaches coming out the wazoo.  There's a local farm that has started stocking peaches at the farm stands and they were asking 89-cents a pound.  Oh, how I almost jumped on that, but figured I should work on our harvest first.

I'm not sure what else to make of the frozen peaches other than jam.  Not that I really mind making peach jam as I believe we are out of it in the pantry, but I was hoping to add some other peachy pantry item to the shelves.  Maybe a Peach-Blueberry jam?  Mmmmmm, that sounds good.

Does anybody have any interesting peach canning recipes they'd like to share?  Because if I happen to pass by another 89-cent peach place, I don't know if I can contain myself and may end up buying a bunch anyhow.
Posted by Carolyn at 9:48 AM