Every type of starter under the sun. Yogourmet. Dannon plain yogurt.  Hiland plain yogurt.  Greek-style yogurt.  Store brand plain yogurt.  Vanilla flavored yogurt.  Organic fancy-pants yogurt.  Yogurt from cows that were given only yogurt to eat when they were young and then got weekly spa treatments in the form of yogurt facials while drinking yogurt smoothies.

But have I given up the goat (Ha!  Paul wishes I would give up a goat or five) even after all of these miserable failures?  Of course not.  I am, if nothing, tenaciously stubborn.  To a fault most times.

A few years ago I had the best, thickest yogurt I've ever made.  And I have yet to replicate what happened to make it so.  But the one thing I did was simple; let it sit outside in the sun.  And I, being Slothwoman, adore simple things.  This is what I did to make the aforementioned yogurt: 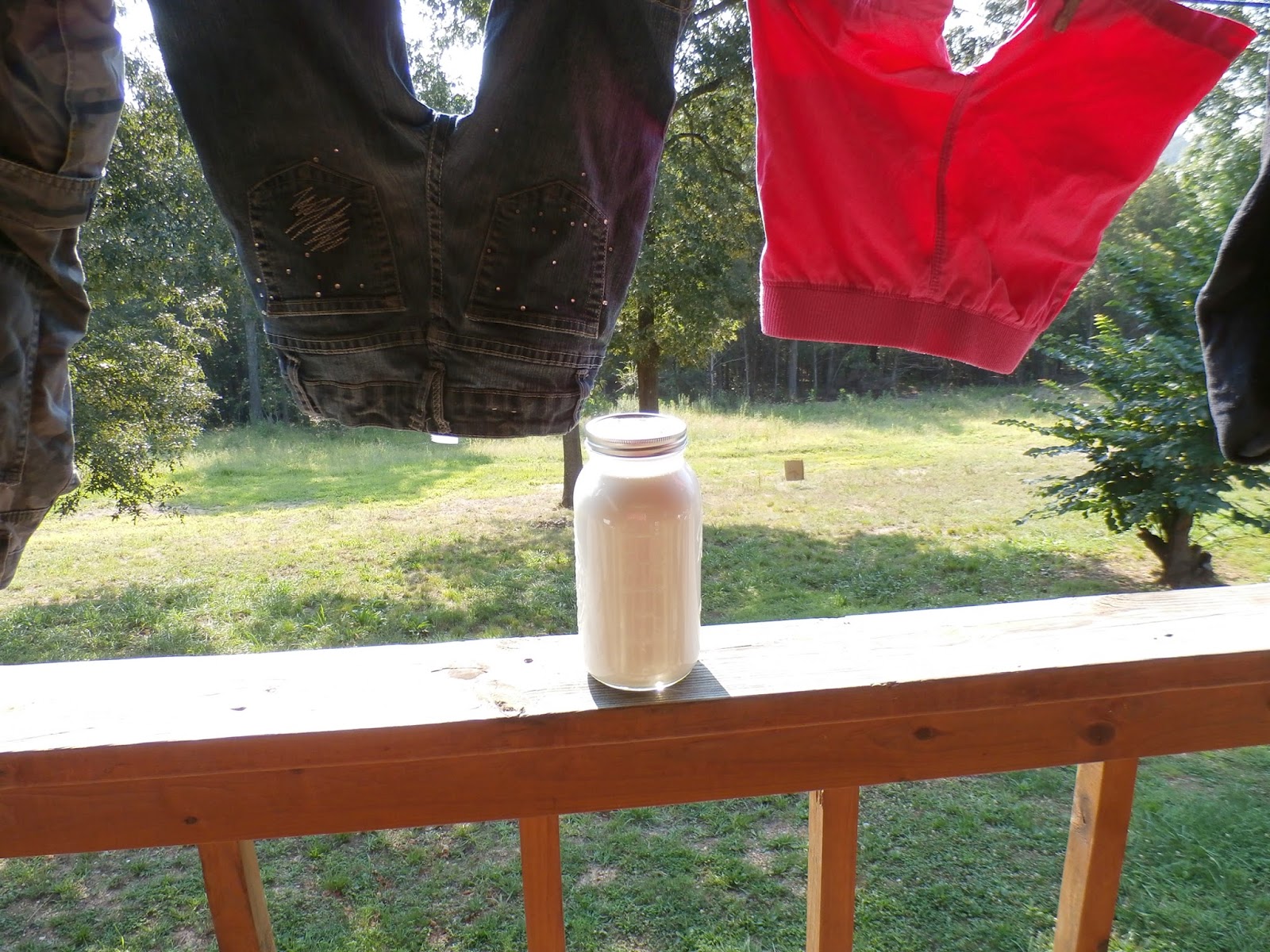 6.  Take jar inside before it gets dark and stick it in the fridge.

I left the milk out there until the sun was about to go down.  And just for kicks, I opened the lid and stuck my handy-dandy digital thermometer into the jar at about 7 pm.  109.7 degrees.  Perfect incubating temps!  Of course, I'm sure it varied during the day (it was in the mid to upper 90's when I normally do this), but it seems to work well.  Once I bring in the jar inside, I stick it in the refrigerator until the next morning.

Of course, it's still nothing as thick as I'd like it.  It's still what I'd call a "runny" yogurt.  But seeing as I prefer my yogurt really thick, I guess I'm just being picky.  So I just strain it through some good cheesecloth for half the next day and out of a half-gallon of runny yogurt I get a nice and thick quart of goat yogurt.

If I ever find a local source for cow milk I'm going to do a side-by-side experiment to see if the cow's milk really sets thicker.  Maybe I should put that on my To Do list for next week.  I'll get back to you when I finally get around to it.  At least it will give me another blog post :)
Posted by Carolyn at 8:43 PM