Toasty and Warm (Inside)

Since I have nothing much else to talk about besides how freaking cold it is outside, and I'm sure you are all painfully aware of this fact, I'll show you what has been going on INside.

Where it's toasty warm.  Where there is no snow or sleet or ice.  Where my eyeballs don't frost over.  Where the cats and the GSD have taken up residence in front of the wood stove.  I need to burn some incense or put some of those carpet sprinkles on Charlie because just his exhaling (from both ends) is making the house smell like stale dog food and farts.  I'm a little concerned about his close proximity to the stove as there is the distinct possibility of the dogbutt gasses having concentrated enough to explode into a ball of fire and blast my flaming and charred body across the room if I were to open the door to the wood stove.
What else is going on INside?  Well, I've got a pot o' split pea soup on the wood stove.  And we just finished leftover BBQ'd pork ribs and asparagus.  So yeah, imagine the amazing cornucopia of odors that would smack you in the face if you were to walk in here right now.

On to more pleasant, and less offensive to the nose, things going on INside.

A month (or so) ago, Paul got me my wonderful, beautiful, super-dooper double oven.  And he also started working on the counter tops and back splash.
Even though we're in semi-austerity mode right now, we needed a new microwave.  So that was purchased and Paul installed it.  The counter tops were yanked off and replaced with an oak butcher block.  We purchased it in an 8' unfinished slab and Paul cut it to size, rounded off the edges oiled and sanded it.  Instead of just painting the back wall, I convinced Paul that corrugated roofing material would look cool behind the stove & refrigerator.  And the fact that it was cheaper than buying and installing tile was a bonus.  Although I liked the look of the metal back splash, I still painted up above to bring some color into the kitchen. 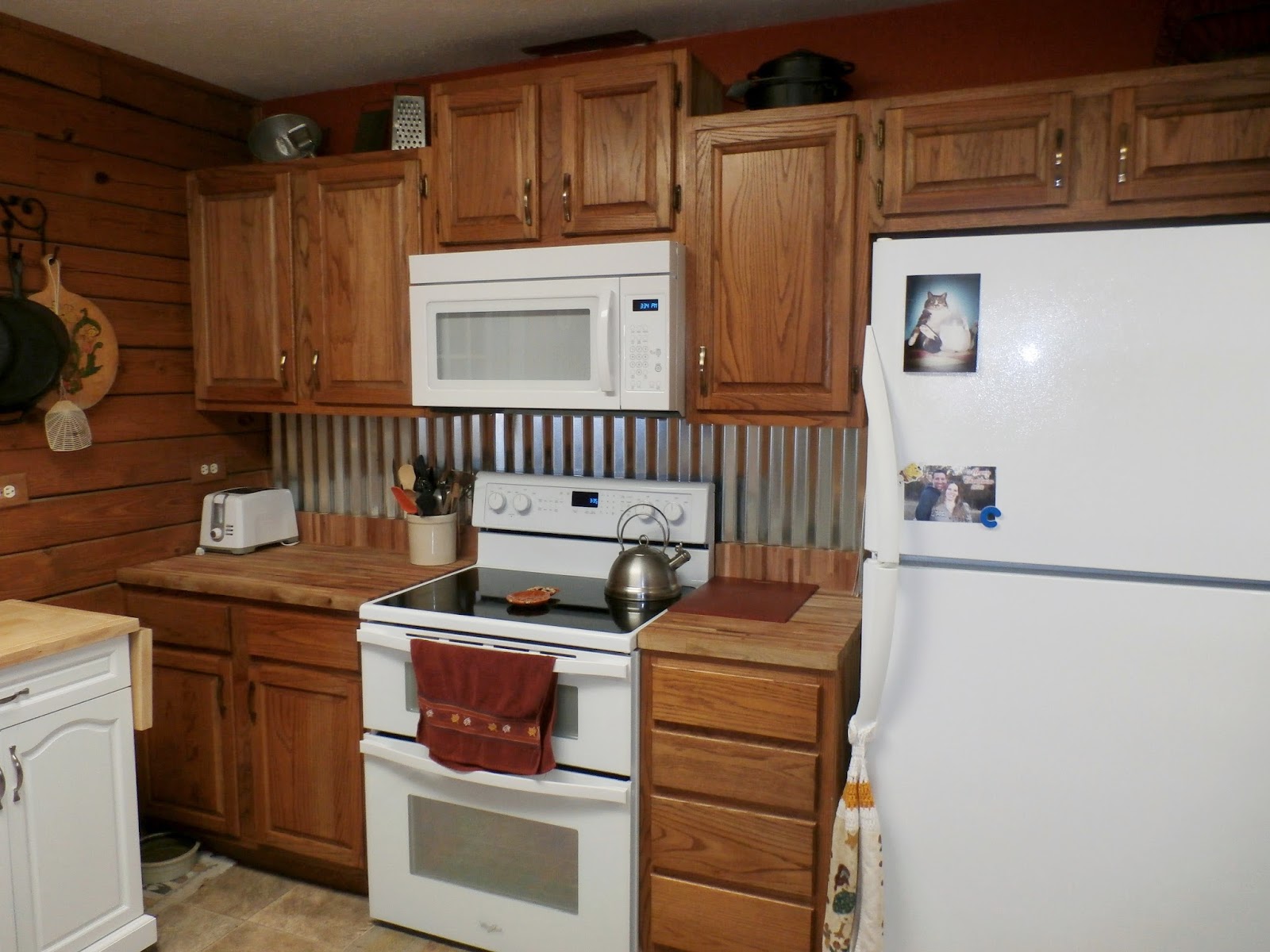 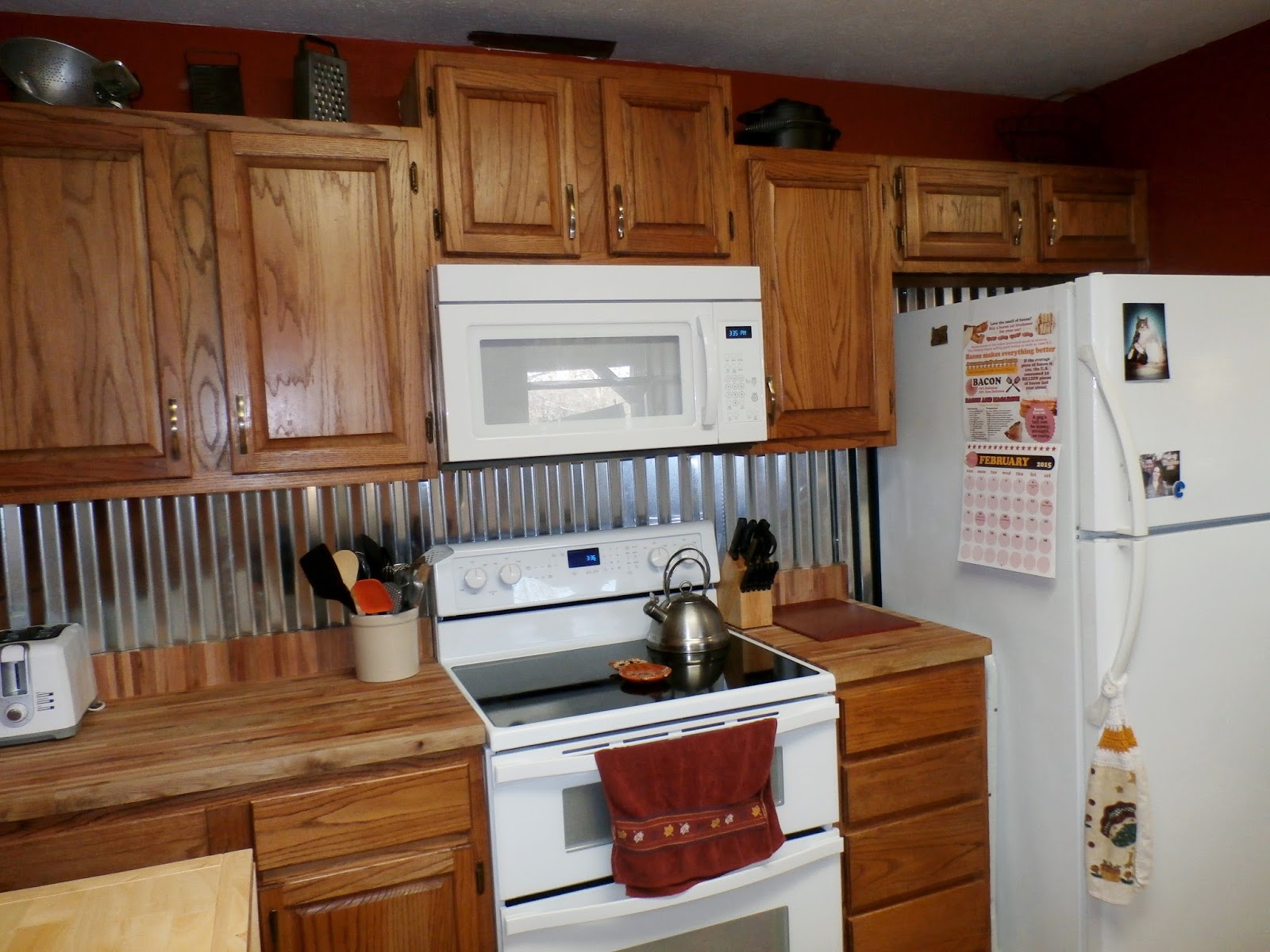 Now that I'm pretty sure I'm happy with how the counter tops came out (and their cost-effectiveness), there's the OTHER side of the kitchen to work on:
That's a LOT of counter top real estate to work with.  We're still undecided if we'll put the butcher block on there or tile it with a terra cotta colored tile.  In all honestly, it probably won't done before next Christmas anyhow so at least it gives me more time to think about it.  At least that's what I'm telling myself.
Posted by Carolyn at 6:18 PM