Paul's sister Sharon and her son came down to visit with us yesterday.  Sharon had been asking if they'd be here to witness any goat births and according to my Goat Calendar, I told her probably not; she was coming between kiddings, so she'd be covered in baby goats, but not here for the actual kidding.

But since it's obvious my goats are not consulting the same Goat Calendar I am, Sharon's visit did so happen to coincide with a birth.  She didn't arrive in time for Friday's birth of Pyewacket's twins though; she was too busy dealing with the aftermath of a hit-and-run on her car and arrived three hours too late for it.  But at least they ARRIVED.  Neither she nor her son we seriously injured, but the same could not be said for their vehicle.  Apparently Sharon was hellbent on seeing a goat birth so they got a rental car from the insurance agency, packed up their shaken, but mostly unbroken items, and continued on South for their visit.  Personally, I probably would have driven straight back home after such an ordeal and drowned my sorrows and eased my anxiety in a glass (or five) of whiskey.

Sharon imbibed instead on a glass (or five) of martinis and sported her fancy muck boots to help us check on the pregnant goats in the middle of the night.  No baby goats that evening though.
During today's morning barn check, I didn't find any new baby goats, but I did find Dilly's remaining buckling in the corner of the barn....mostly unresponsive.  I noticed the past two days he wasn't drinking as much, and yesterday he barely managed to hang onto Dilly's teat and was breathing heavy after any exertion.  The night just about did him in.  I held him for a while, trying to determine if he was just exhausted or tired, but he was just not well.  I brought him by the house, held on to him for a while longer and then asked Paul to come out and put him out of his misery.  I don't think he would have made it through the morning.   So both of Dilly's bucklings are gone.  She's been yelling for him all morning and it's sooooo depressing.

No more than an hour after ending the buckling's life, I heard the tell-tale scream of a goat in labor.  MamaGoat was in one of the mobile goat huts and getting down to business.  I saw a little goo on her around 7am, but she didn't look like she was having labor pains.  I was able to walk her into the kidding pen and she labored in there for probably five more minutes.  The kid was presented correctly, but MamaGoat was having a little trouble passing the head so I pulled with her contractions and delivered the kid.  He was up on his legs in minutes and MamaGoat was in the bucket of grain before I was even sure she was finished.  She was.  A single, healthy, nursing-already buckling. 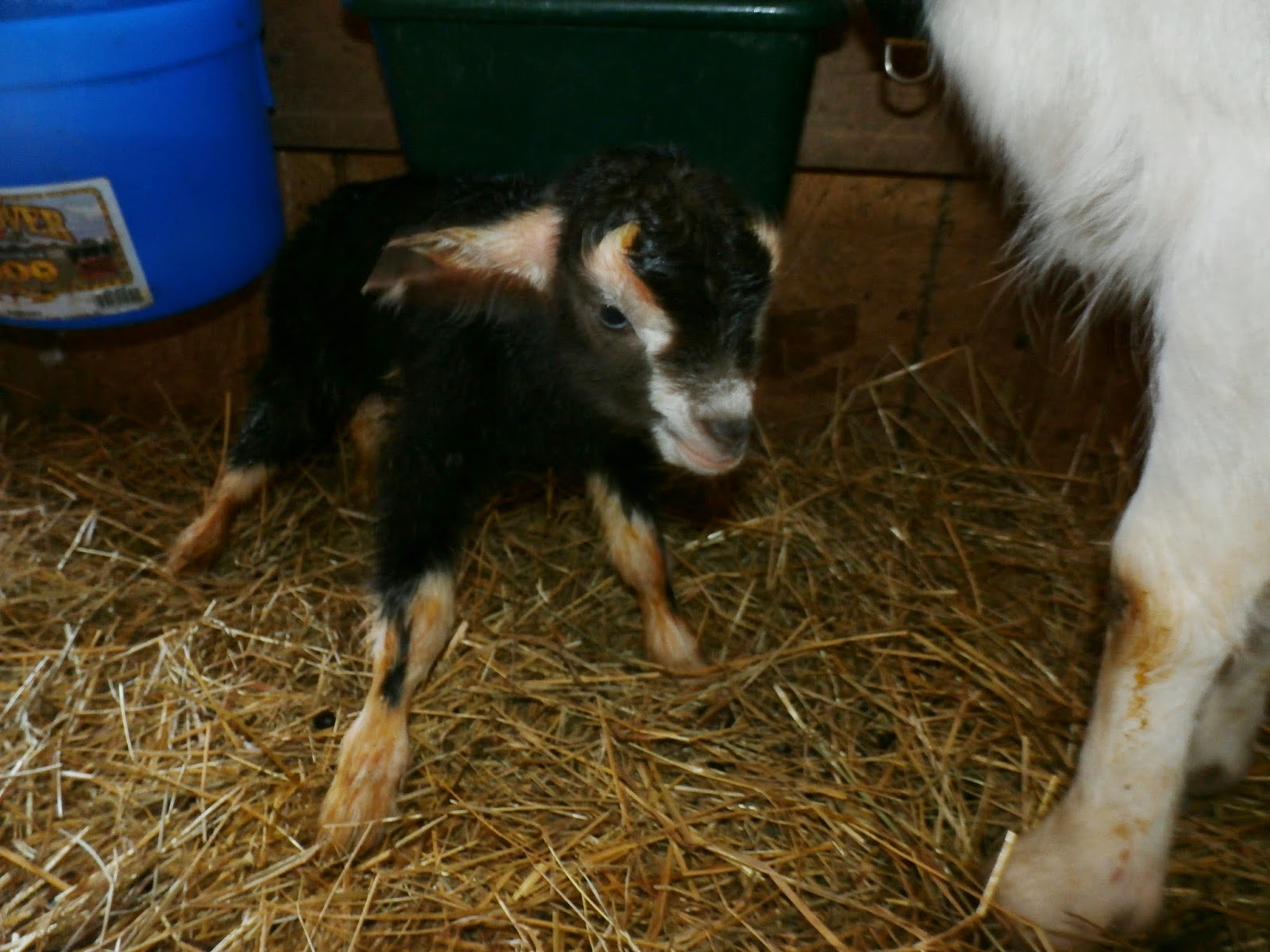