The Bacon you don't even know you're missing

I even got a Bacon calendar from my friend Gloria: 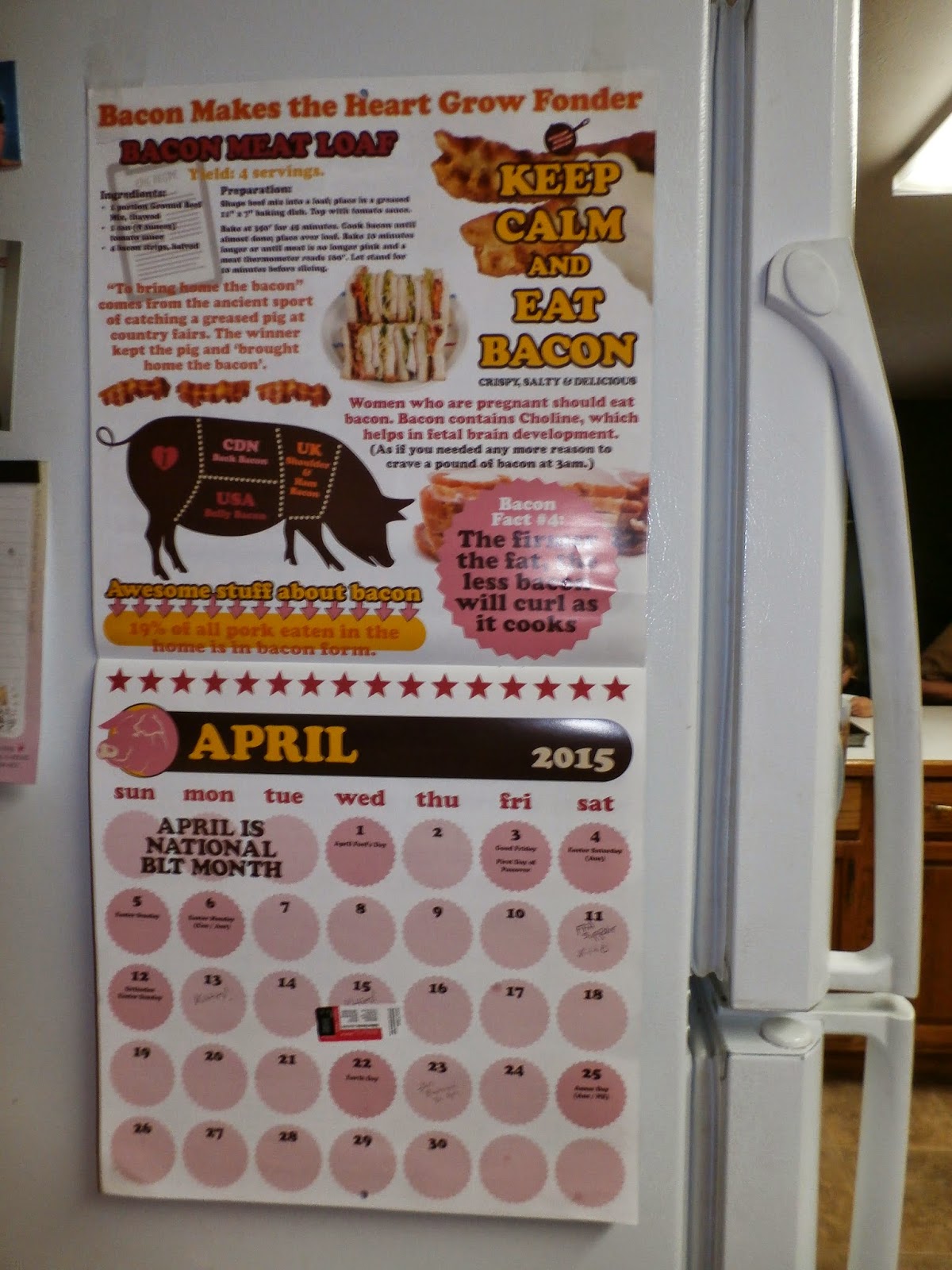 Whenever we have a hog butchered, bacon, of course, is the first thing gone from the freezer even though I meticulously ration it.  Well, I ration it after the first week; because after a month or three of bacon-free breakfasts when we've run out, I go into a bacon-frenzy mode and we eat bacon round-the-clock, arteries be damned.

So when I finally became culinarily acquainted with this strange thing called "jowl", my mind was blown.

WHY wasn't I told about this heavenly product before?  In all my city life, I don't think I've ever been offered, nor attempted to purchase that peculiar pork product.  I'm not quite sure if they even had jowl out in the meat case in the store.  And if they had, I probably would have used it for fishing bait or something.

Then my eyes were opened.  Or more accurately, my taste buds were awakened.

Jowl is basically BACON!
I'm even tempted to say that I like smoked hog jowl even better than bacon.  Waaaaaaaa?????  Did I just say that?  But seriously, it's at least a toss up.  Bacon is still most heavenly, but jowl is quite Divine.

I'm convinced that it is a huge conspiracy.  People in the know purposely put smoked jowl in the meat section next other "strange" items like chicken gizzards and tripe and hog casings, hoping that nobody will buy the stuff and that they can take it home for themselves at a reduced rate when the package expiration date comes close.

But that's fine with me now.  I don't have to go to the refrigerator cases at the grocery store and toss a package of overpriced (honestly I don't know what it costs, I may go see though) smoked pig cheek into my buggy, because I've got it in my freezer already!  Because since we've been butchering our own hogs we've been pretty much flush with bacon and jowl.  And the fact that we have have very, VERY nice friends who bring us extra jowl that their family doesn't want from their hog (the fools!!!) makes it even more fantastic.

Have you indulged on any smoked, sliced pig cheeks lately?  If not, you should.  You don't know what you're missing!
Posted by Carolyn at 12:38 PM