A Decade of Dreams

Exactly ten years ago yesterday, I made the "final" trip from Illinois to the Ozarks.

Although I've made trips back to Illinois since, that car ride a decade ago signified my official moving date and my passage from a F.I.B. to an Arkansan.

A lot has happened since that move.  Which isn't surprising really.  How static can one possibly stay for ten years?

Paul and I got our first chickens.  I was so excited that during the ride home that I called my sister just so she could hear all the peeping chicks.  We brooded them in the basement utility room.  Never again.  Several months later, we ate our first home grown eggs, and have since eaten hundreds of other meals containing eggs from our chickens.

I butchered my first chicken; the mean ol' rooster from the initial straight-run batch.  I slit his throat and didn't cry.  I dry plucked him, then vowed never to dry pluck another bird.  I shoved my hand up his backside and yanked all the guts out.  Which looked exactly like the guts in the pictures from science class.  Who would'a thunk it?  Then we ate him.  And he was good.

Paul and I drove home with a Saanen and a Nigerian Dwarf in the back seat of the car.  I attended my first farm birth with Nettie's first kidding.  I milked my first goat, and drank my first glass of raw goat milk.  We still have Nettie (although she is retired from milking as of last year) and Chop Suey, who never really did much of anything except eat hay and entertain us.

We planted our first garden.  Had to use a backhoe to dig the holes for the tomatoes.  But ten years of goat / mule / chicken poo & bedding have amended the "soil" to where we don't have to use a 40 hp farm implement to plant our vegetables.  But a rock bar still helps.

Encouraged by our first chick purchase, we bought twenty-five Cornish Cross meat birds to raise.  We got them all to butchering weight, and managed to get them all in the freezer.  We now raise them every year.  And they are yummy.

Then we tried our hand at ducks.  Which were incredibly delicious.  But were also incredibly messy.  And they hated me with every last fiber of their extremely yummy, crispy skin existence.  Once I forget how much they messed everything up and how disgusting they were, we'll raise them again.  Smoked duck finished in the oven to crispy up the skin is something you must try before you die.  Seriously.

My Mom & Stepfather moved down here.  I now get to tease my Mom, on an almost daily basis, about what type of wild animal I am serving her for lunch.

Eggs were saved from our laying flock and we hatched out chicks.  Another unbelievably amazing thing to witness.

We sectioned off more garden areas.  Made more raised beds.  Planted blueberry, blackberry & raspberry bushes.  Put in cherry, plum, apple, peach, nectarine and pear trees.  Harvested our first tree fruits two years ago.  And had to subsequently harvest a multitude of squirrels to ensure there was, in fact, a harvest.  Peach cobbler goes nicely with Squirrel Pot Pie.

I bought a mule.  Who I've only put a saddle on twice.  Who now lives up the road at my Mother-In-Law's pasture with Nugget, the bastard of a mini-horse.  Neither of whom I ride, both of which are just big hay burners.

We welcomed Rhiannon into our lives.  Two months early, but you'd never know by looking at her now.  She just turned six years old.  I have no idea where the time went.  Really.  Where the hell did the time go?

We brought meat goats in to our herd.  We ate our first meat goat.  And we will continue raising Boers and eating them. They are yummy.

The list goes on and on and on.  And I can't imagine being anywhere else in the world.  Well, I suppose I could very well easily imagine, but I don't have the urge, or financial resources to accomplish it.  And I'd probably want to come back here anyhow.

I can only hope for wonderful things to come for the next ten years here on the homestead.  Since the beginning of the year, there have been a few bumps in the road (well, more like gaping potholes that would swallow a Ford Escort), and we've taken it in stride.  But in addition to that big bump, we've also started on something great that will impact our lives for the foreseeable future.  And, no, I will not yet divulge what those things are because we're still dealing with both the good and the bad.  But mostly because it's pretty boring. 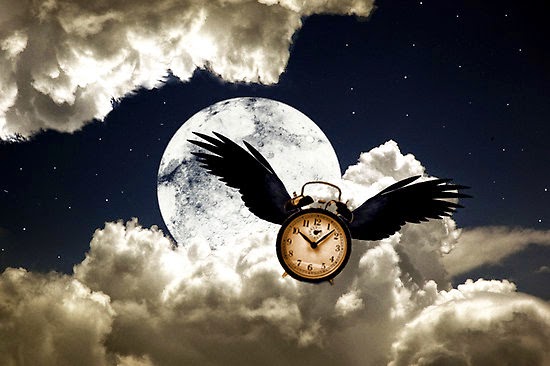 So bring it on, Dear Universe!  I can't WAIT to see what the next decade has in store for us :)
Posted by Carolyn at 9:53 PM