I made ham steaks for supper a few days ago and there are just certain things that must be served with ham.  Namely cornbread, beans and cold pasta salad.  Well, not so much the cold pasta salad, but my Mom had made me a bunch and I figured it wouldn't kill us to have it then.

I had a few cans of black eyed peas that I was going to toss on the plate, but figured since we were having guests over I'd try to make it a little more fancy than just opening a can of beans, warming them up and slopping them onto their plates.

So I had Rhiannon and Paul go outside and pick us some fresh greens.  Unfortunately the Poke isn't as prolific nor large enough yet so that was out of the question.  I don't grow kale or turnip greens (not yet anyways) so there isn't much to choose from around here....especially since I've not even planted a single thing here yet.

So that left me with only two good options: Henbit or Purple Dead Nettle.  The Henbit is much more abundant so I asked for a plastic bag full.  Which took a little bit of time, buck heck, it's free and I didn't have to drive anywhere to get it.

You can just rip up the whole Henbit plant, but most of it is stemmy.  I will normally just pinch off the first three or four leaf sections and leave the rest of the plant in the ground.  Not only will the plant grow again, but the leaves past the third or fourth section are tougher and there's more stem than leaves. 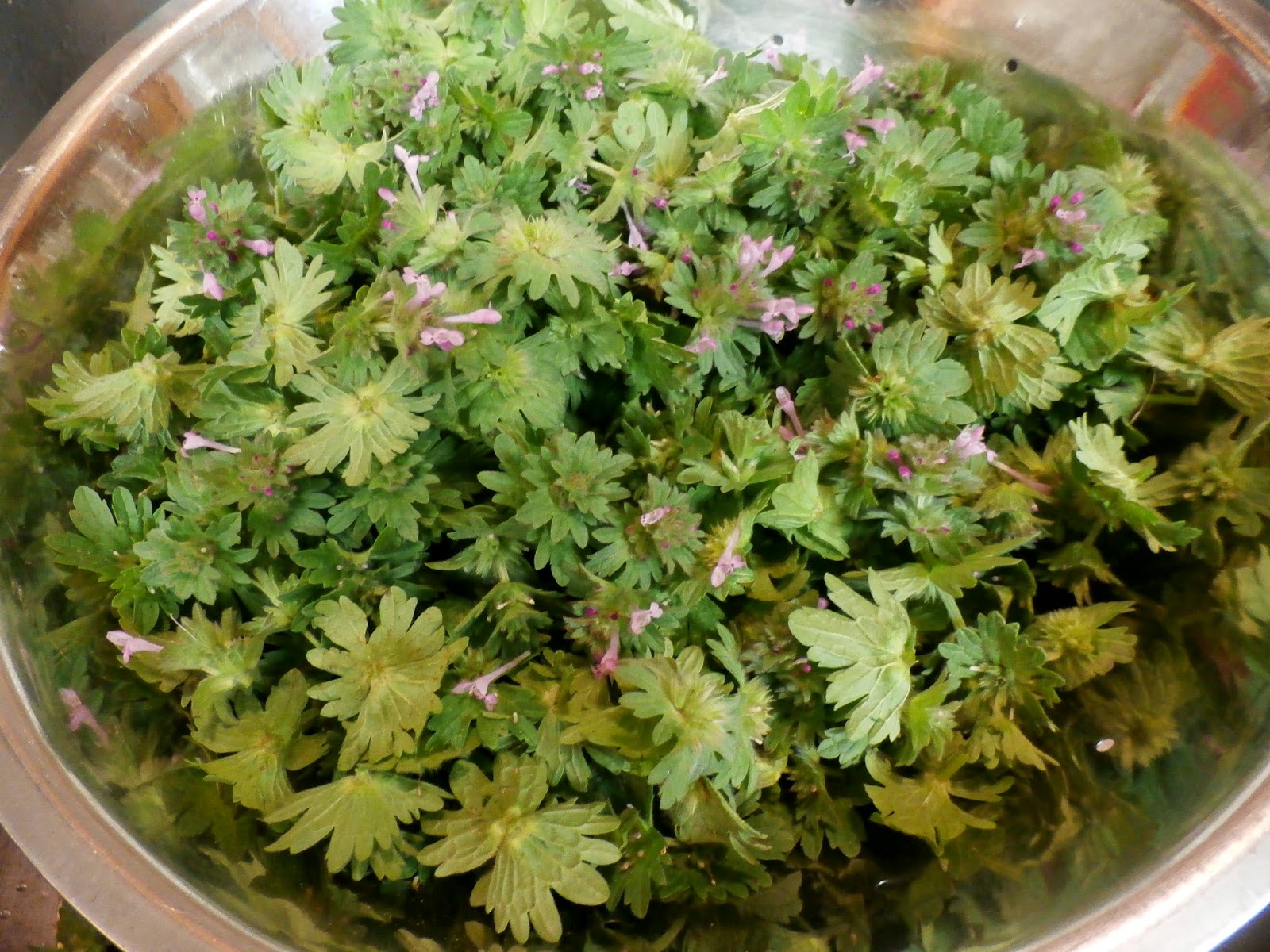 After everything was picked through and washed, I put two cans of black eyed peas in a cast iron skilled with a hefty spoon full of bacon grease, then added the entire colander of Henbit to it (like most greens, it cooks down a lot). 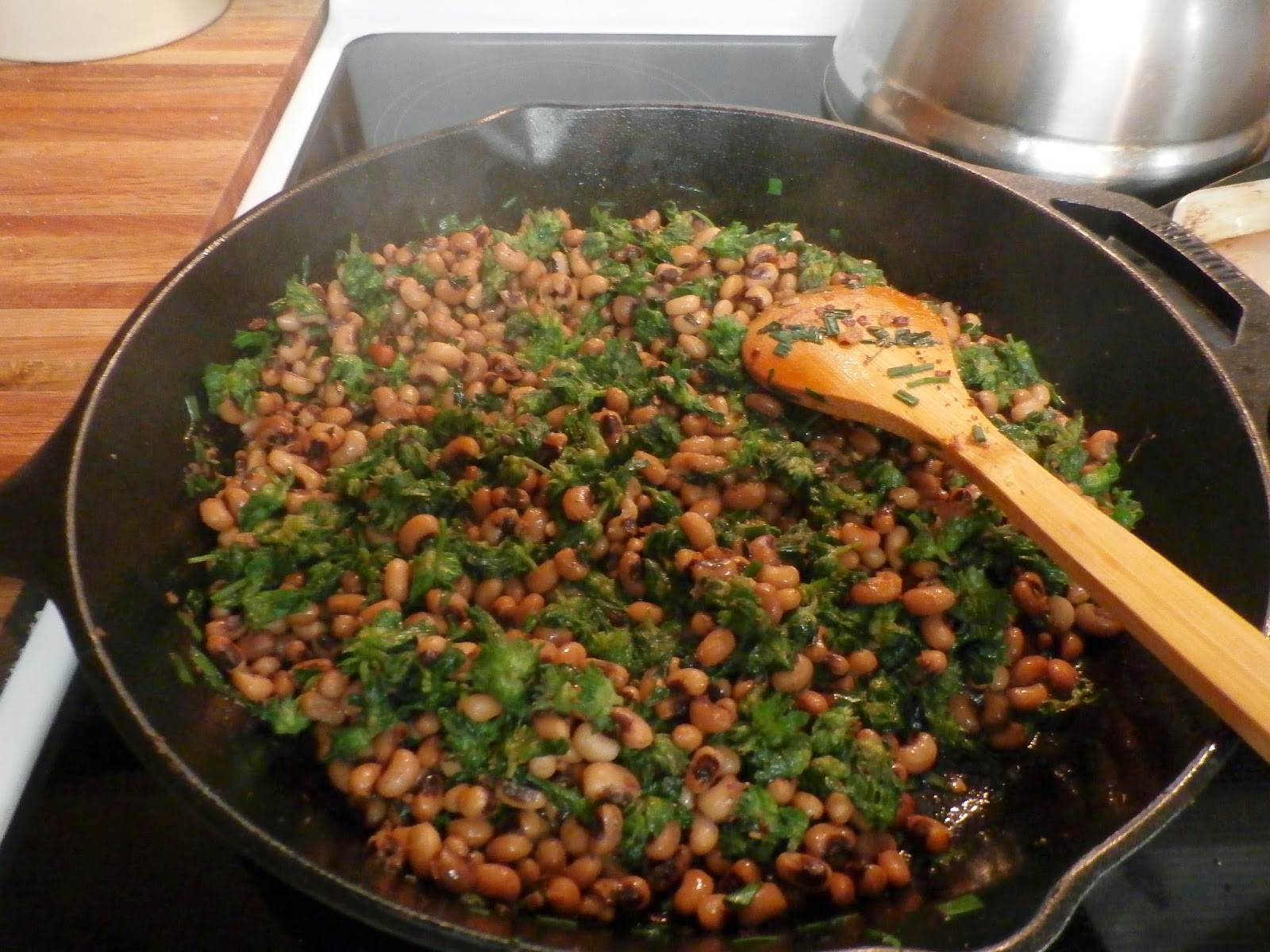 I seasoned it with garlic salt, pepper and red pepper flakes and called it good.  Which it was.  And a great accompaniment to the ham steaks and cornbread.
Posted by Carolyn at 12:40 PM