Paul is smoking! Fish, that is.

Paul spent some time smoking some of the freezer meat we’ve accumulated this year.  A slab of goat ribs and a some rainbow trout.  We’re not big fans of trout unless it’s smoked, or unless it’s brown trout.  I think the rainbow are pretty much “blah” tasting in my opinion.  But I’ll eat just about anything (much to the amusement and horror of my family & friends).   I wish he would spend more time on the lake or river so we could have fish more often.  Now if I could just get him to find a spot where the Walleye are easy to catch…….. 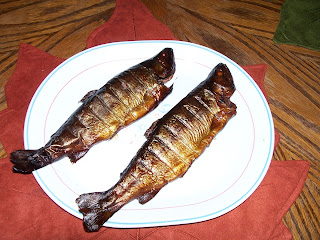 Last month I was able to pick enough wild grapes to make a decent amount of jelly.  I’ve made plenty of types of jams before, but never jelly, so this was my first attempt.  The first batch turned out just a wee-bit too firm so it’s a little hard to spread easily on toast, and the second batch was just a wee-bit too soft, although not soft enough for it to be considered a “failure” and become ice cream topping or pancake syrup.  A friend of Paul’s also gave us a bunch of apples and I made apple butter.  I’m hoping to make some jelly out of the persimmons when they are ripe later on.  I made a few loaves of persimmon bread last year, but this year I’ve found a tree with lots of persimmons on it so should have enough for bread AND jelly. 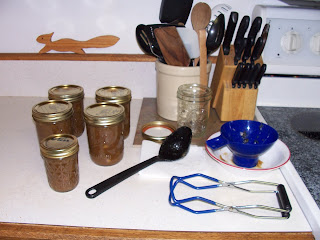 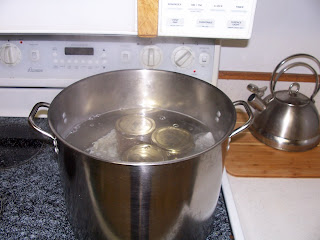 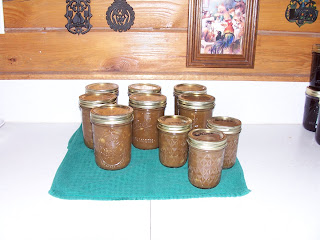