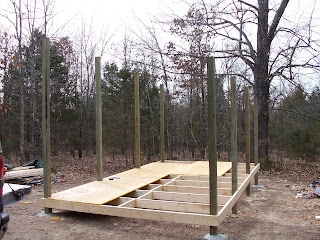 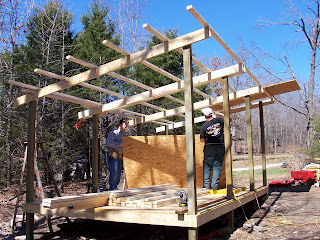 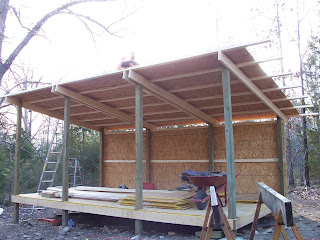 February 2006
I fondly remember driving into town & seeing the marquee sign at the local farm store -  “Chicks are here!”  I squealed with delight, almost causing Paul to drive off the side of the road.  He managed to veer into the parking lot without causing any traffic pile-ups, and off I ran to select my first farm animal acquisition.   Not long after entering the store, I was sitting in the truck with a box of day-old chicks, sacks of chick feed & bedding.  I was so happy.  I think I even called my sister & Mom to let them hear the “peeping” in the box.  I also recall shaking the box to make them peep when they stopped.
Oh, did I mention that we got thirty?  Yes, thirty.  Three – Zero.   30.  Ten black sex-link pullets, ten straight-run Barred Rocks & ten straight-run Rhode Island Reds.  Don’t know what I was thinking at the moment.  But I told Paul that the reasoning behind having to buy so many chicks was that some would be roosters & some wouldn’t make it to laying age, so we HAD to get more than we thought we needed because of the possibility of a high mortality / rooster rate.  Well, since it was still cool outside & I wanted to give my first chicks the best possible chance at survival, we put them in big plastic tubs in the basement utility room.  This will NEVER happen again.  The bedding was so dusty & the poop was in such abundance that it took me months to get it back to pre-chick days. 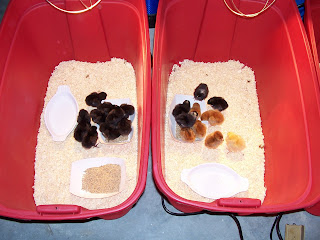 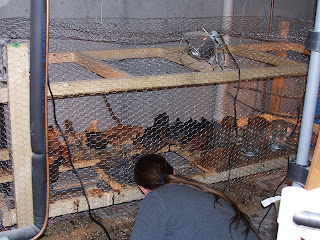 Well, they finally made it out to the chicken shed.  Which turned out to not even be the one we built.  After much consideration on my part, I decided that the animal shed we built would be better suited as a goat house.  Granted, we didn’t have any goats.  Yet.  So the chickens went into the fancy pre-fab storage shed. After about six months, after several predator KFC dinners (Krazo Freerange Chickens) and having a few rooster dinners for our table, we finally started getting eggs.  How wonderful fresh eggs are.  I don’t think I can ever go back to store bought eggs again.  I’ve become an egg-snob. 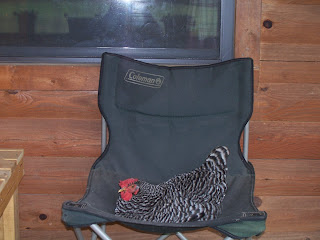 We still keep our laying flock around eighteen birds, although that varies year to year depending on the coyote / bobcat / hawk population.  I don’t think we’ve had an individual chicken around here survive for more than two years.  Yes, we could build a predator-proof enclosure, but I really like watching the chickens in the yard (or porch!) & goodness knows we have ten million other structures & feet of fence to build.  Maybe one day we’ll have a large enclosed chicken run.  We have been very lucky this past year and have only lost five hens and three chicks.  Let’s hope the luck lasts through the winter.
Posted by Carolyn at 4:30 PM