When the Dust Settles

I'm not sure why I do this to myself.  I went to the library and picked up several books on The Great Depression (the depression from the 30's, not this one).  I have to admit that I didn't know much about it nor the Dust Bowl, probably just what I "had" to learn in school.  All I knew is that it was bad.  People where out of jobs, and it was really, really dusty.

I just finished reading the first book and I don't know what to think.  There are so many emotions that come with reading the trials, tribulations and disasters befallen those during that period of time.  And even though you all know me as a typical conspiracy-theory anit-government nutjob, I would find it hard for anyone to believe that the government didn't play a huge part in the creation of the Dust Bowl.  Not just the economic part, but the physical dustiness of the Dust Bowl itself.

****I had an insanely long rant post written about this.  Like rambling-on insane-mad kind of post.  Not mad as in crazy, but mad as in pissed.  There are so many things that went wrong, so much stupidity.   But I would probably have used up my Blogger memory space had I published it all here and I'm too cheap to pay Blogger for extra memory.  Or somebody would find out where I live and turn me into the State Insane Asylum for being kooky.  So you're only going to get the abridged version.****

All those things that happened back then were terrible.  But we've learned, right?  Because we wouldn't do these things again:

1) Be a homesteader with little or no money down, regardless of the ability to pay!
2) Trust the Feds to determine the safety of agriculture in unknown territory!
3) Get rich quick in the wheat market!
4) Buy lots of stuff on credit!
5) Don't worry about your money, it's safe in the bank!
6) When things get bad, maybe the Feds will give you some food or a crappy job.  Paid for by other taxpayers who may be in the same situation as you, or worse, but refuse to rely on government handouts.
7) Don't worry about where the money is coming from.

So, did we learn anything, I mean ANY frekking thing, from our not-so-distant past?

1) Swap "homeowner" for "homesteader".
2) Replace "agriculture" with "GMO's" or "Roundup".
3)  Replace "wheat" with "stock market" or "house flipping".
4) No change here.  Except now we're buying iPhones.
5) No change here either, except the Fed's "guarantee" your deposits up to $250K.  Never mind the fact they'll just reimburse you with money printed out in the latest QE Scam therefore making everyone's money less valuable.
6) Same here.  But now you can get a free cell phone!
7) Don't worry about the $16 trillion in national debt.  Too many numbers to comprehend anyhow.  Nothing to see here.  Move along.  Turn on your reality show, eat your frozen meal & pay your taxes. 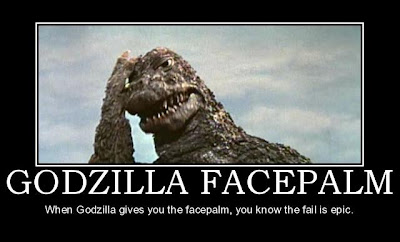