The weather guys made such a big stink about the last (potential) ice storm and not much really came from it.  But just yesterday afternoon we got freezing rain and ice pellets and it continued lightly through the night.  The porch was a sheet of ice at 3 am.  And how did I know this?  Because I was up cleaning coals out from the wood stove and on my trip back from dumping coals (thankfully not before) I slipped on the steps.  My left elbow has a noticeable knot in it and my ribs, belly and boob are killing me.  When I got up from the fall, it hurt so badly that tears started welling up in my eyes.  Nothing's cracked or broken (well, except for my pride), but is it just me, or does falling in one's later years just like totally suck?  Luckily I didn't break a hip or Paul probably would have put me down.

Anywho, enough of my sob story and on to (slightly) more interesting things. 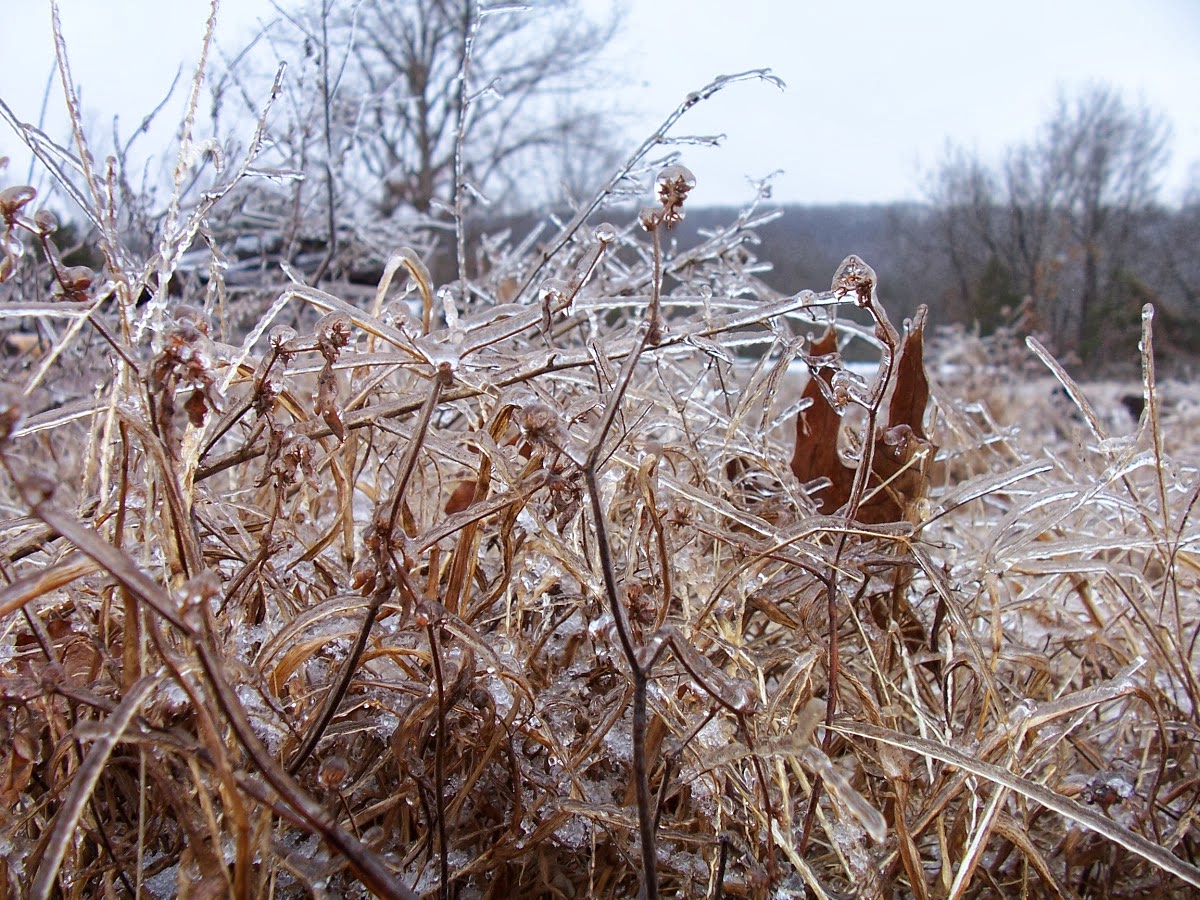 It's an icy wonderland outside.  Anything weighing more than a cat crunches through the frozen landscape with each step so it's fairly noisy in the barnyard today, even without Pickles yelling (yes, she's back to yelling for absolutely no apparent reason).  I forked out some fresh hay to everyone, and after the initial "That's MY hay! And so is THAT.  That hay over THERE is also mine!  Don't even THINK of eating this hay!!" ruckusing has subsided and the sound of  ice breaking beneath cloven hooves eventually abated, I was able to enjoy the quiet of the crystal-encrusted wonderland.  Well, almost quiet. 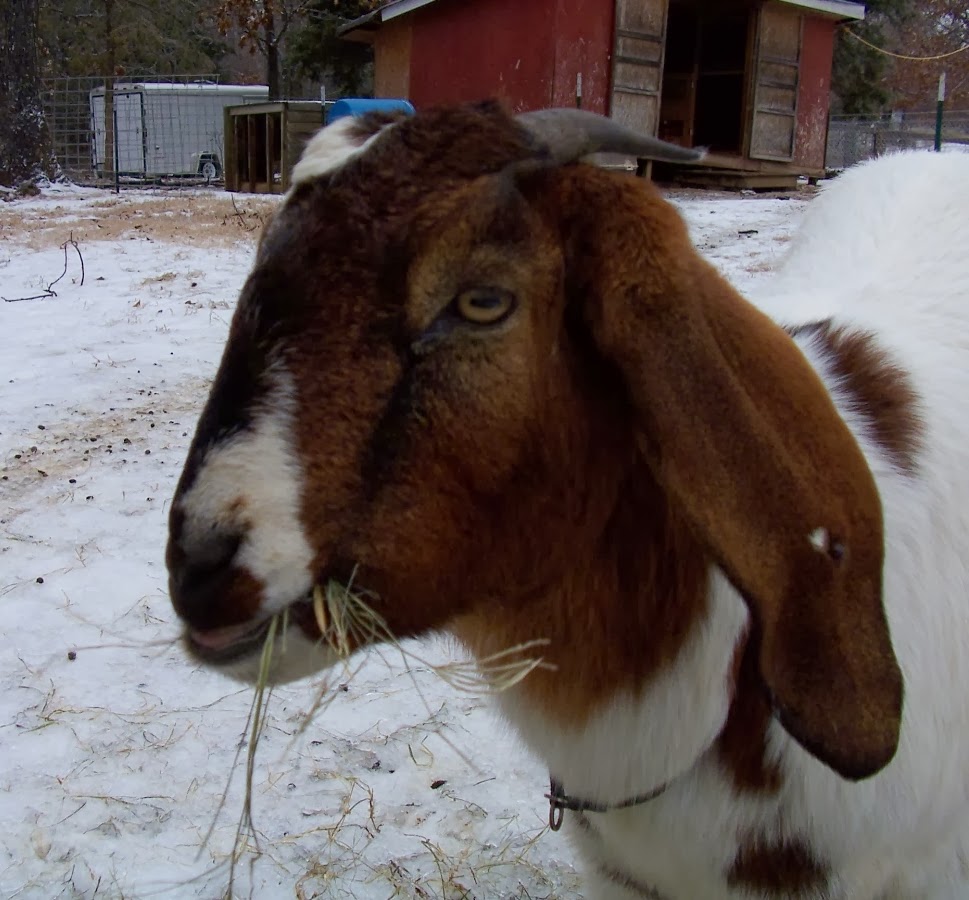 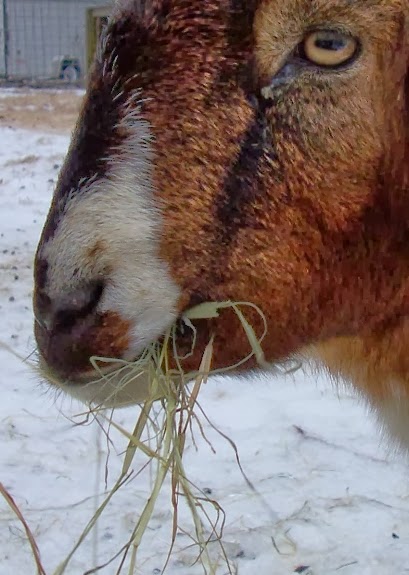 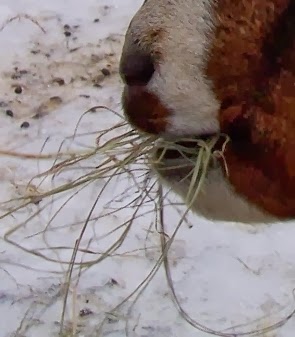 The sound of little goat mouths munching on hay broke the silence.  The steady munch-munch-munching of nine caprine chompers working on their fibrous forage filled my ears.  And honestly, I love that sound.  I find it calming, almost mesmerizing.  I stood out there for a good ten minutes, just listening to them grind away.  And have you noticed that it's a slightly different sound when they chew their cud?  I suppose I spend too much time around goats if I can tell the difference between the sound of fresh hay vs. partially digested hay being chewed.

I guess there's worse things I could be doing.
Posted by Carolyn at 6:20 PM