Fire in the Pear Trees

Last Spring one of our three pear trees got fire blight.  It came on & took over almost overnight.  We pruned the crud out of it, leaving just the main trunk and burned the branches.  It survived and now looks like this: 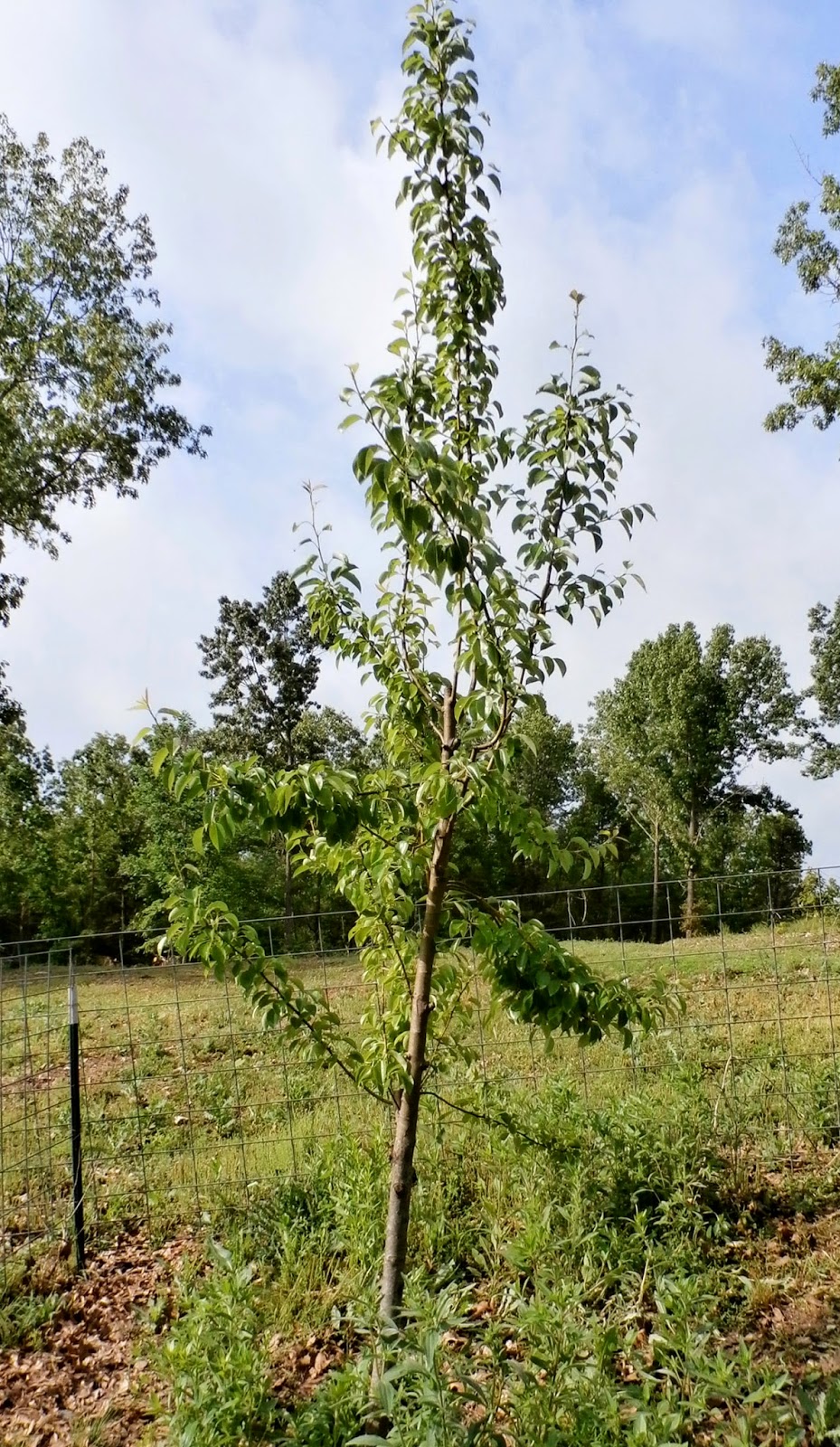 There were still a few blight spots that showed up this spring and we took them off.  But now, the other two Moonglow pear trees have fire blight, and although nowhere near as much as the other pear had last year (not sure which type of pear it was, but it wasn't Moonglow), it's still freaking me out.  Paul went out to prune any blighted branches and burned them. 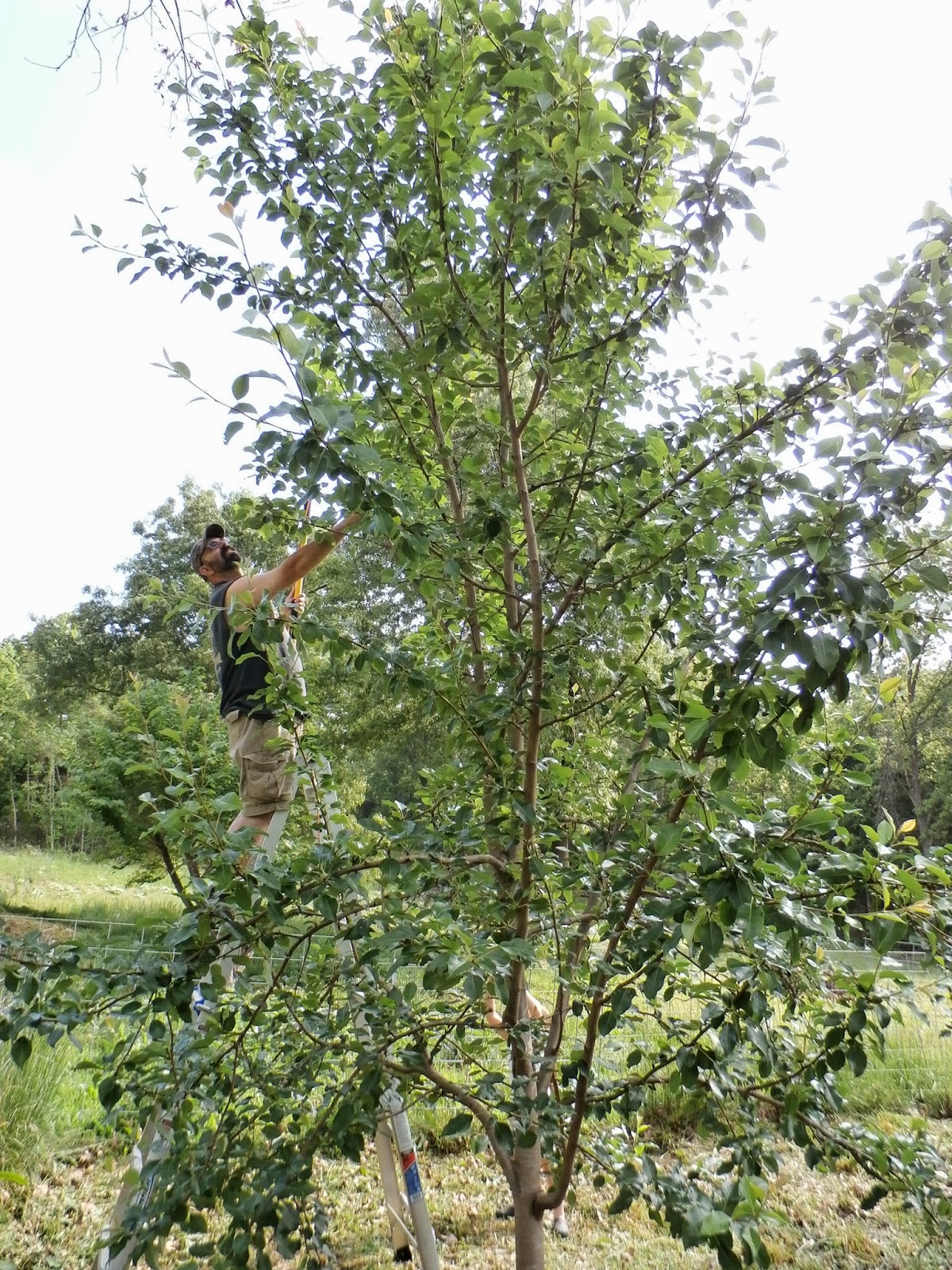 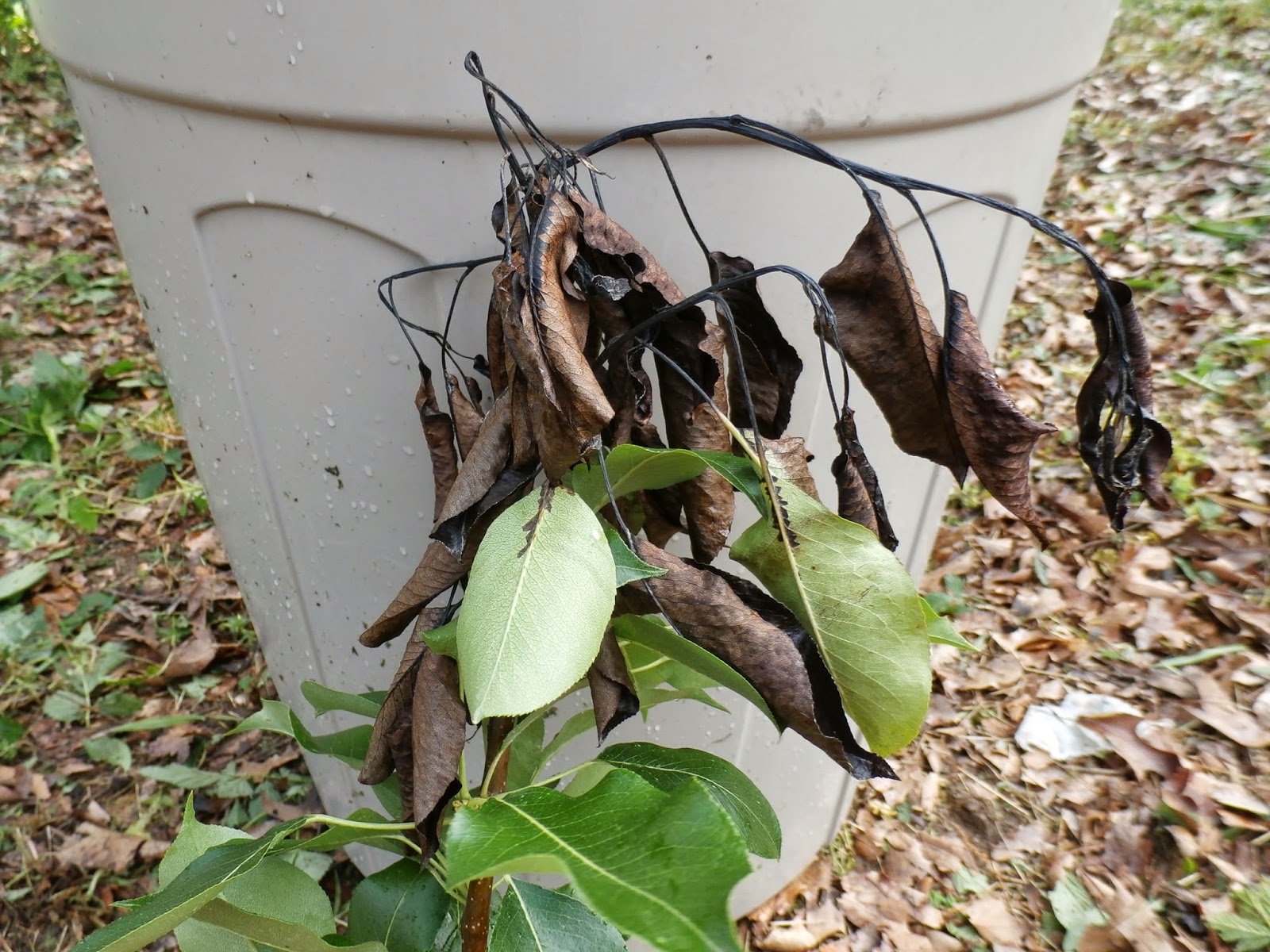 There were tons of blossoms on the pear trees earlier in the season, but it seems as we'll be getting zero pears this fall.  Almost every single blossom was rotted.  I'm not sure if we should take all the rotted blossoms off or not.  I'd hate to lose those trees as they gave us a huge crop of pears last year.

I didn't get around to pruning trees this winter.  And these pear trees really, really need a good whacking back.  If they survive the year, I'll probably prune them down to the bare minimum in hopes of getting rid of all of the blight.  It didn't seem to hurt the one we pruned back to the main trunk.  In the meantime, today I'm off to the nursery to see if there's such a product to help with fire blight and to check out prices for new pear trees.

Pioneer Preppy was talking about fire blight a bit ago.  Wonder if he, or anyone else, could chime in on how you treated fire blight and if it was worth the effort?