A very energetic and driven friend of mine recently had pitched the idea of a community garden to benefit the local food pantry.  There's a cute little tourist trap just off the beaten path with old buildings, a small cave and an "Olde Tyme" store with penny candy (or is it dime candy now??) and touristy knick knacks.  They also just so happen to have a lot of green areas surrounding the buildings and along the pathways so she figured it would be a great place to start a the garden.  She contacted the owners and they agreed to let us use their place to plant the community garden.

Andra (the lady who started this), two of her brood, Rhiannon & I were over there yesterday for about an hour, trying to figure out where we should start.  Unfortunately we have a lot of shaded areas to work around / with, but I'm hoping that something will grow and that we can eventually expand into sunnier areas and maybe even get enough donated materials for raised beds.

Rhiannon & her girlfriend dug a few holes (for like two seconds & then ran off to play....oh well), older brother flexed his muscles and dug holes and we quickly planted the few vegetables we brought along. 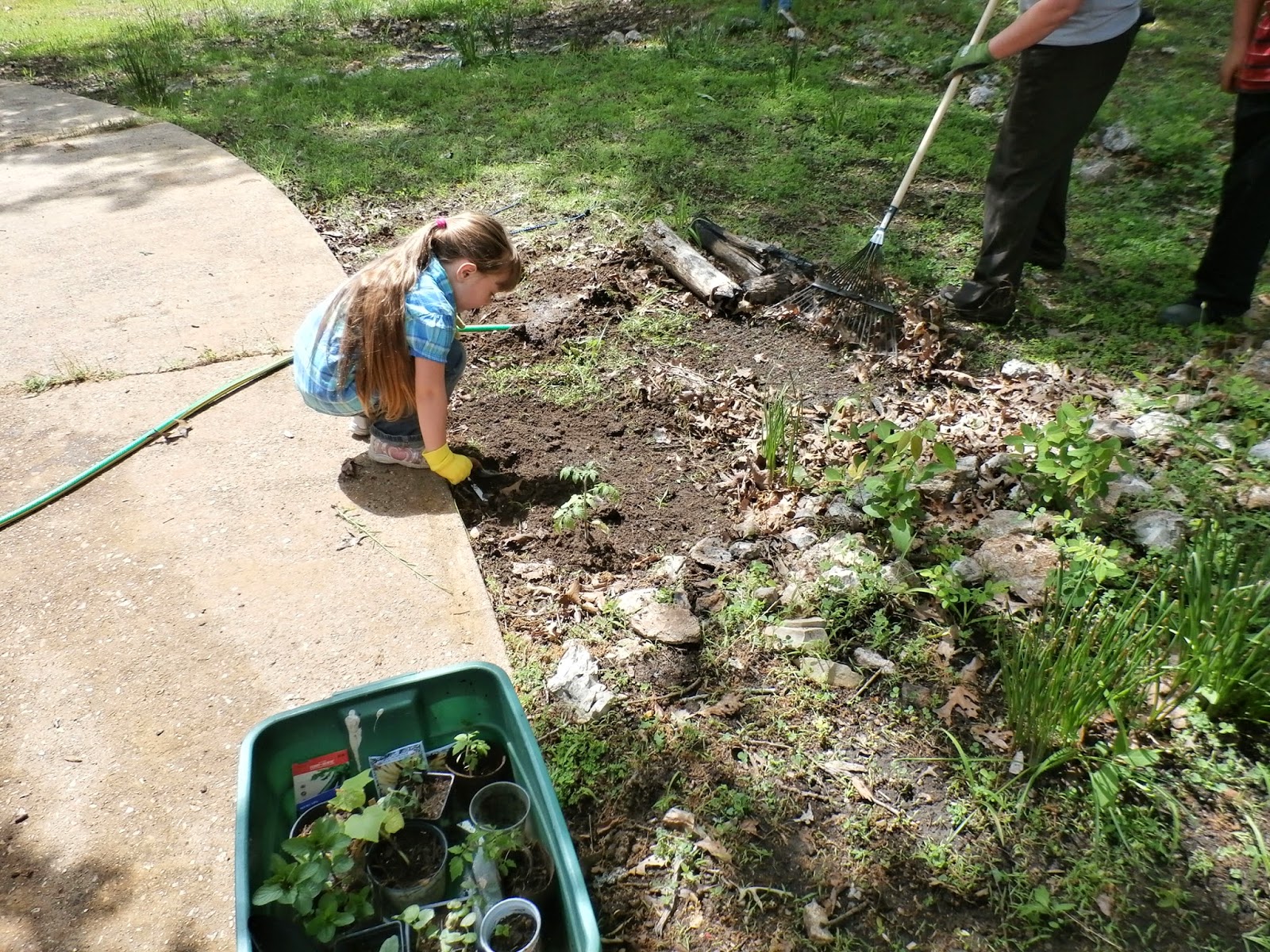 We only got eight tomato plants, six okra, two lemon balm, one oregano, one chocolate mint and the two teeny-tiny basil plants in the ground, but it's got to start somewhere.  Andra also bought some grape vines but we'll have to figure out where to put them and set some sort of trellis up.  I think deciding on where to put beds and then getting them installed will have to be the next step.  Once that's done it's just a matter of getting the plants in the ground.

We're hoping to get more volunteers and more items donated so that there's more than one salad's worth of veggies out there.  It might not look like much now, but hopefully with time and getting the word out, this will just be the start of something bigger and better. 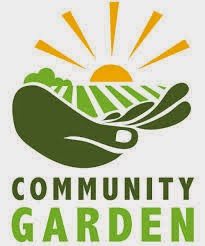