Teachable Moments (whether you know it or not)

Rhiannon is no stranger to the kitchen; either by way of sneaking snacks in the fridge or by helping me cook.  This past weekend, she asked to make breakfast "All By Myself".  So I let her.  Supervised, of course. 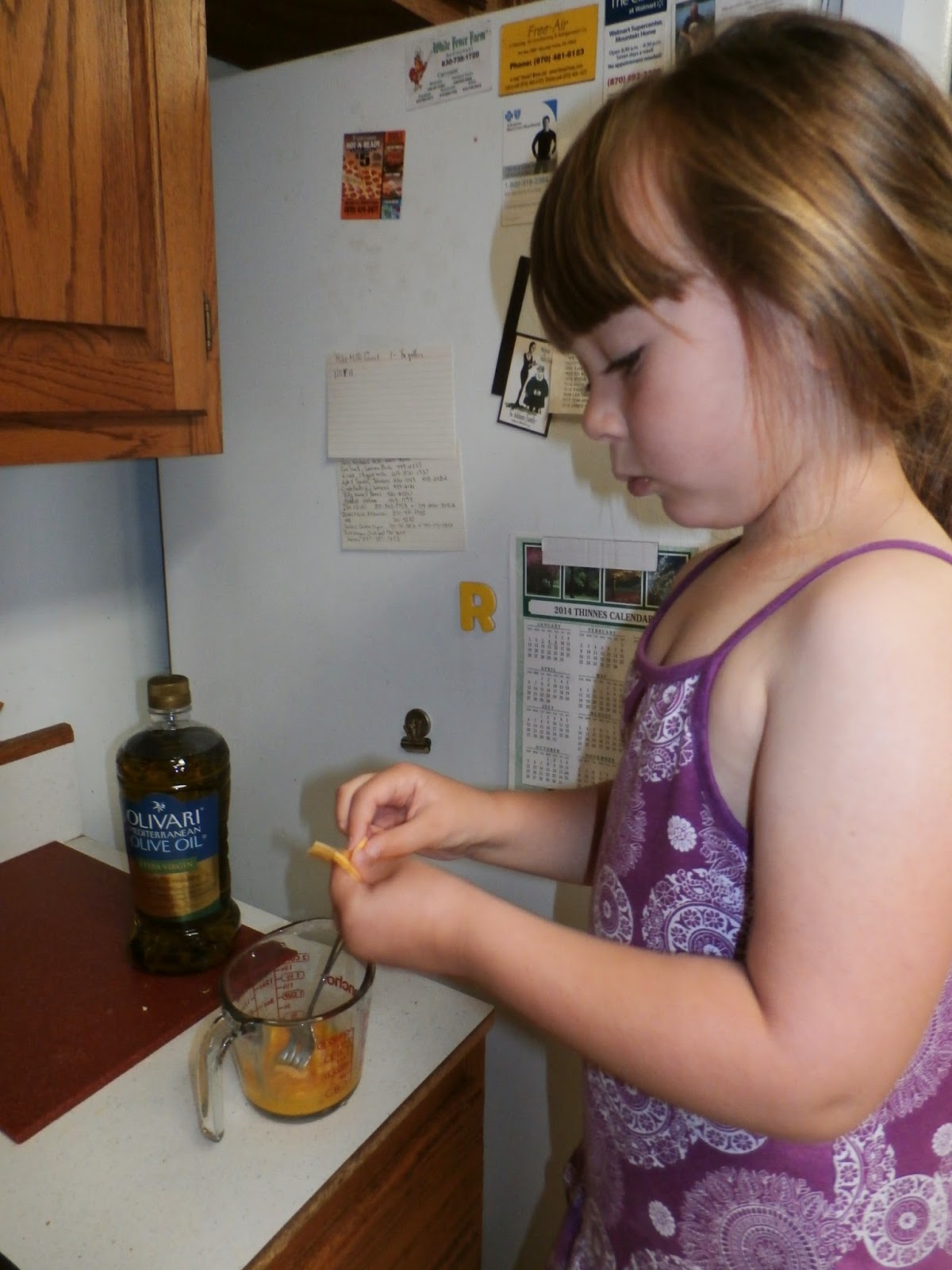 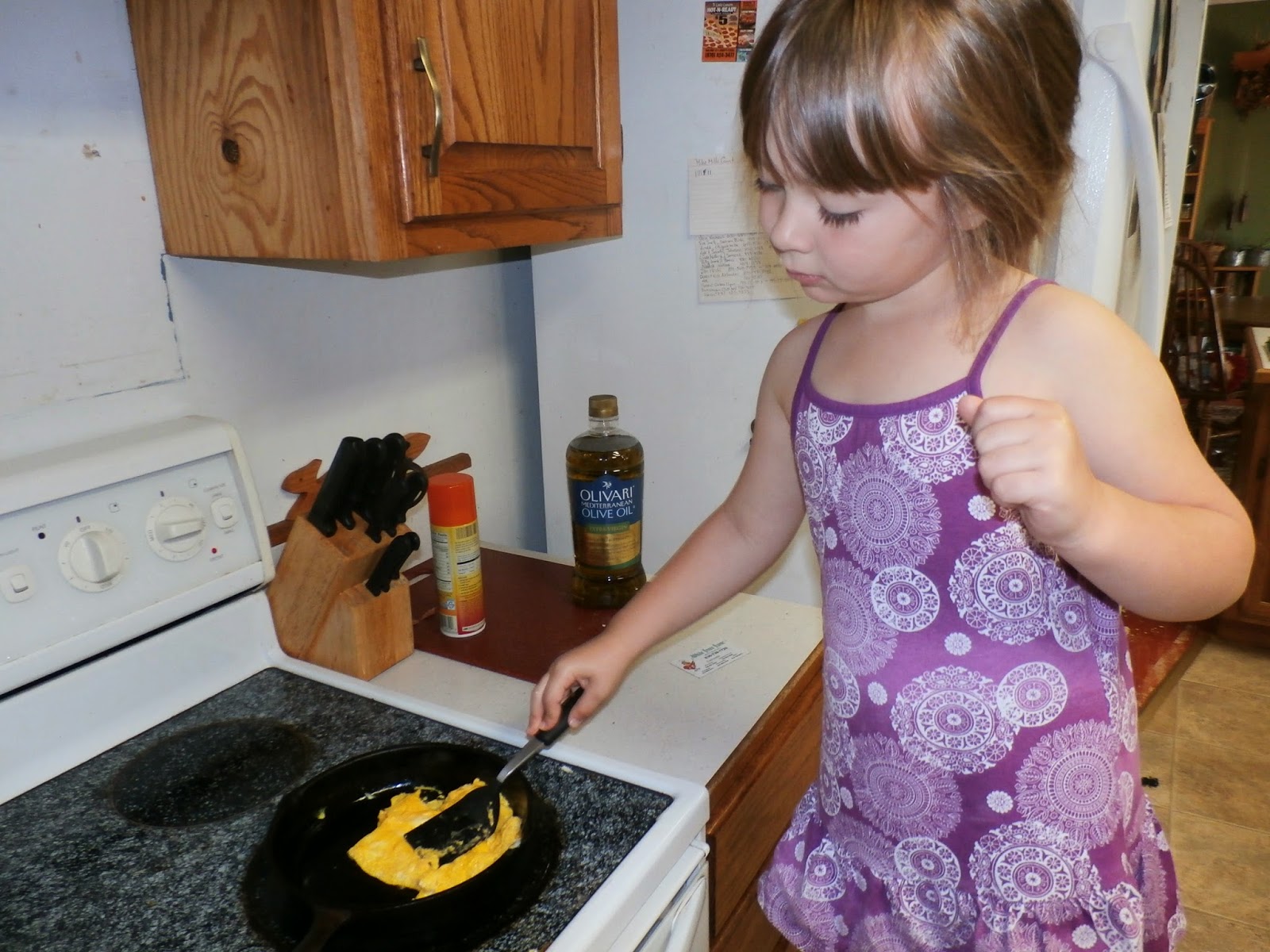 It's really no surprise that she wants to help cook; she sees Mommy in the kitchen a lot (probably too much if you know what I mean) and as most young'ens are apt to do, they watch and they want to imitate.

Rhiannon and I were playing in her bedroom a few days ago.  I was eventually able to extricate myself from the Princess Diamond Pony and Velociraptor Adventures and went to sit down on the bed with a magazine while she continued playing.  Not really watching her, I was a bit puzzled when she announces, "......and now we take the guts out."

At some point she had abandoned the plastic horses and dollar store dinosaurs and had taken my Svengoolie* rubber chicken (*sorry, a Chicagoland reference......BERWIN?!?), wrapped a hair band around it's feet, secure it to the bedroom doorknob and apparently was at the end of the butchering process.  She had even gone into her bathroom to grab a pair of tweezers and was picking off the imaginary pinfeathers! 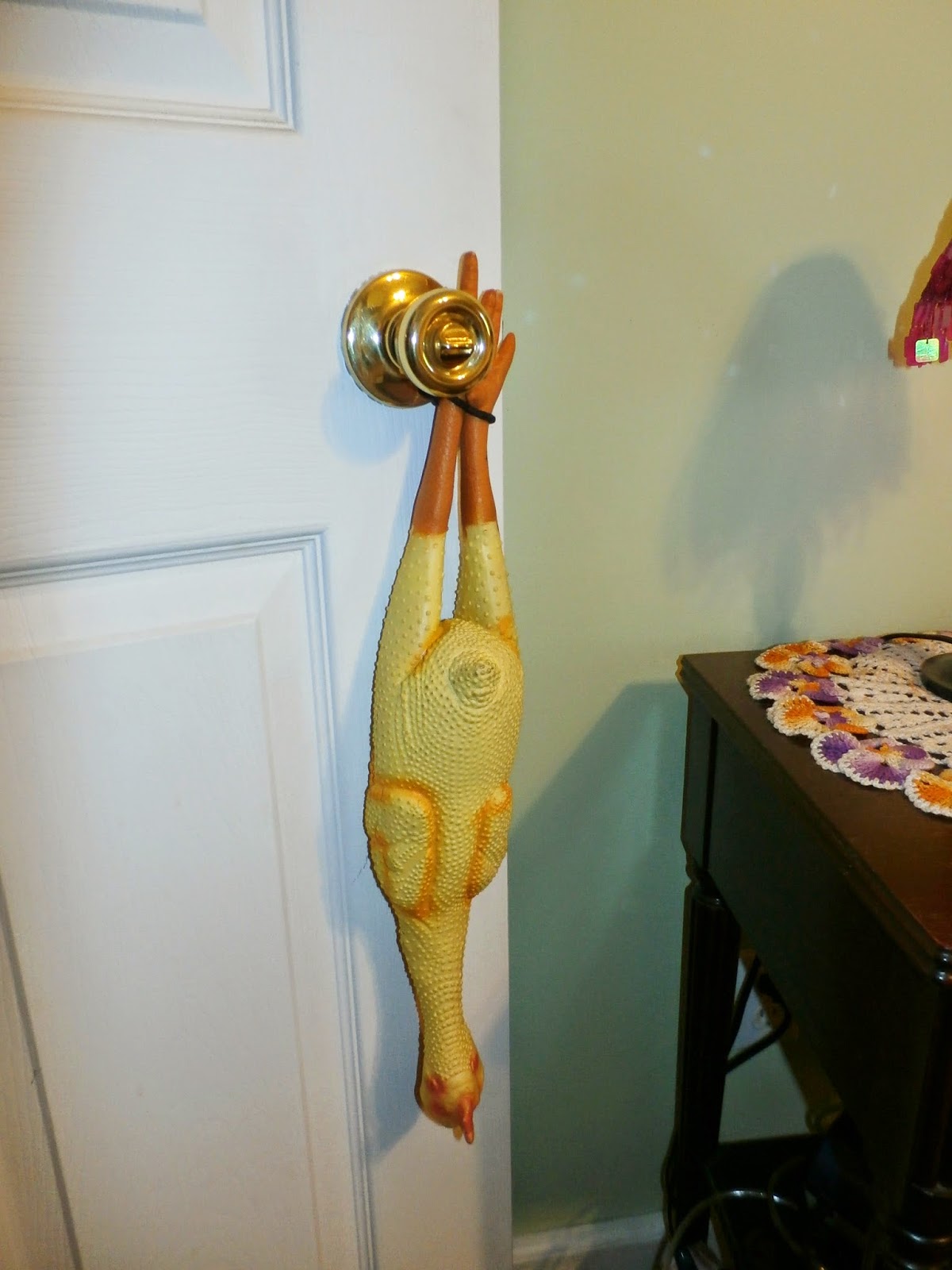 So I guess that my worrying about how she would take being around poultry butchering days when she was younger was all for naught.
Posted by Carolyn at 6:57 AM