I've promised her several times that we'd find a way to get her some chickens.  Since she's only there a few months at a time, I didn't want to build anything really large or elaborate (and I'm lazy and cheap) so I planned on making a little hut with a chicken wire fenced run.  But as luck would have it, a friend of mine was getting rid of this whole setup last winter and I was able to get it for the hauling (or, for Paul's hauling): 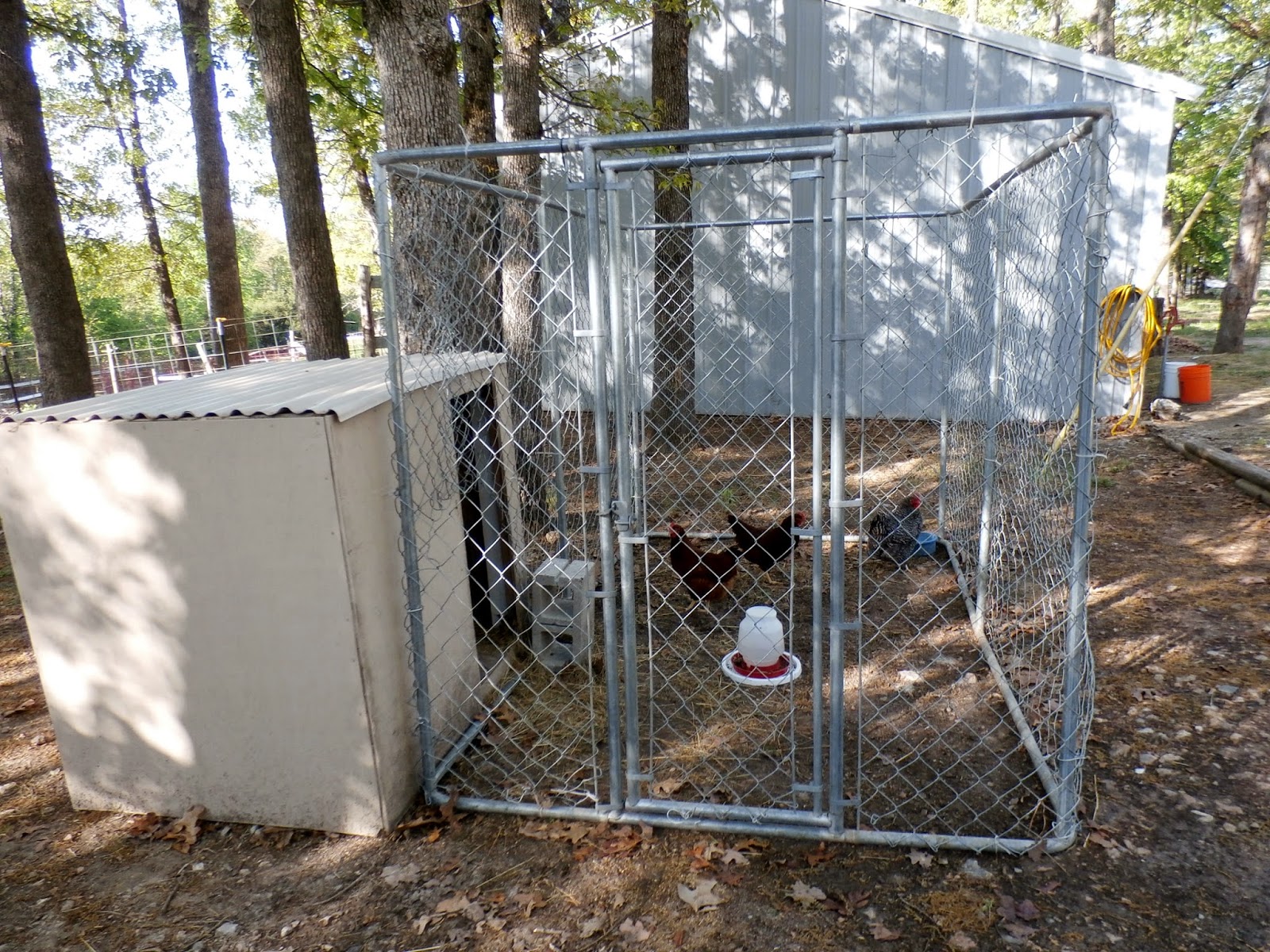 Rhiannon, my Mom and I gathered up some basic supplies; chicken waterer, feed bowl, nesting box and a five-gallon bucket filled with chicken feed.  Oh, and four chickens.  Who were not very happy about being crammed into a small dog crate, but it's less than a mile drive up the road so I told them to zip it and deal with it.  I was able to catch one of the hens who is an obvious favorite of the roosters as the feathers on her back are almost completely missing.  I'm sure she won't mind the move to the all "chick" apartment and it should give her some time to heal.

I still need to make some modifications to the existing coop, namely a roosting pole for the gals and small door on the outside of the chicken hut so poor Grandma V. doesn't have to crawl around inside looking for eggs.  I'll put the nesting boxes on the opposite side of the door so all she'll have to do is open up the door and gather the eggs.  And hopefully not let the chickens out at the same time.  Hmmmmmm......didn't really think about that until just now.

When Grandma V. leaves for Vegas again, we'll just shove the chickens in the crate and reunite them with their flock at our place.  And when she comes back, she'll have her little mini-flock waiting for her at her Ozark home away from home.
Posted by Carolyn at 10:52 AM