And she let out a horrified "Gasp!"

Ever read a part in book that says, "...and she let out a gasp and clutched her chest" or, "....she gasped at the dreadful scene".

I don't think I've ever (or at least in recent memory) *gasped*, at least not like they show in the movies or write in books.  You know, that authentic kind, where something really does take you by complete surprise and fills you with horror, and you let out that unique sound caused by the sudden sucking-in of air, and maybe even clutch your chest or your eyes instantly grow wide from taking in the gasp-inducing scene.

But this weekend, I gasped.  A honest-to-goodness gasp.  Because while I was yanking 100' of hose behind me to fill stock tanks in the goat / chicken pen, I saw this: 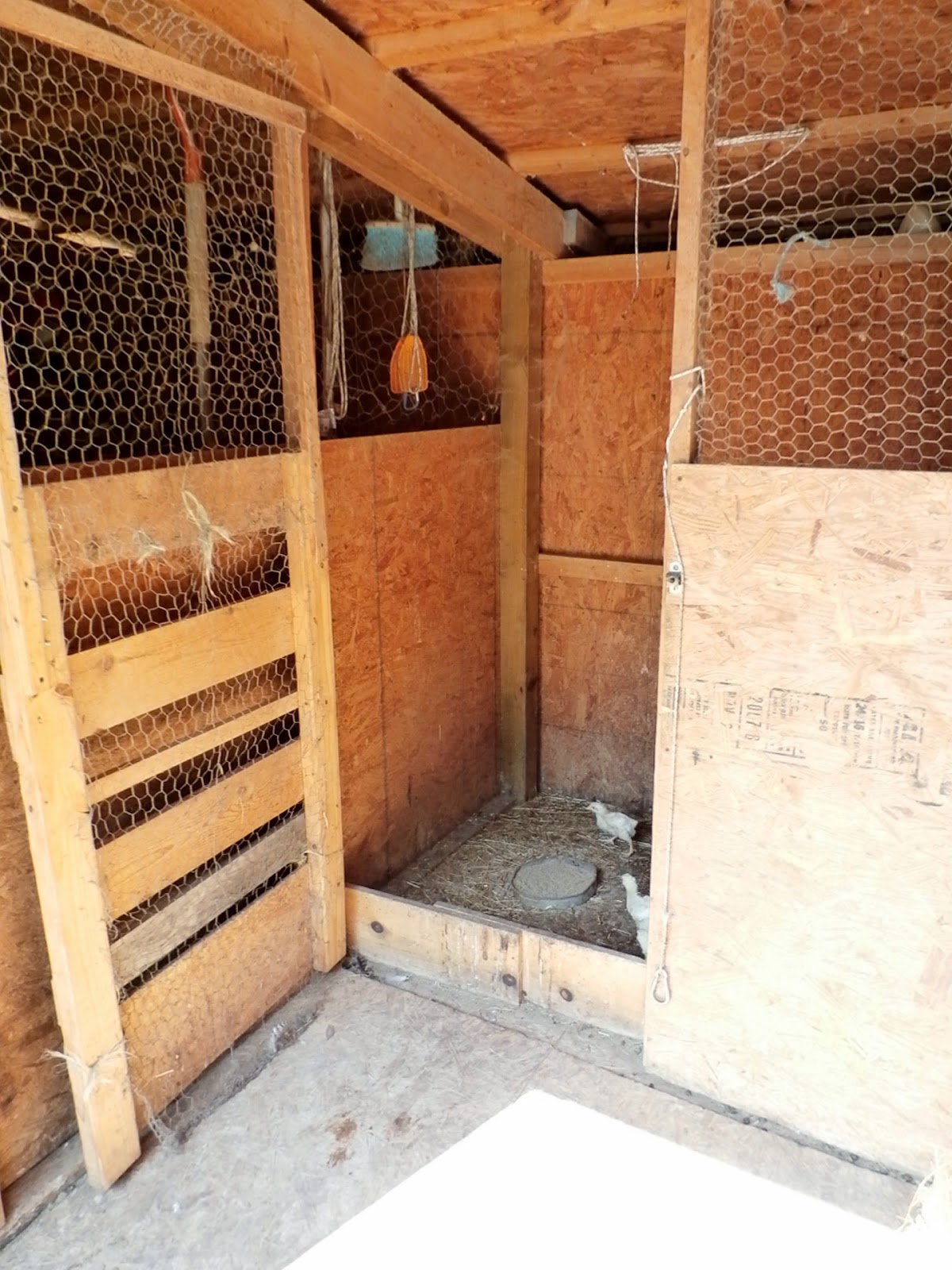 Now, if you weren't familiar with our farm and the recent daily rituals involved with working with our livestock,  you would probably say to yourself, "Oh, the door to the pen is open.  I should probably shut that when I get a chance."  But the scene before my eyes filled me with horror.  Because behind that supposed-to-be-closed door were our thirty-two, week-old Cornish cross chicks.

I didn't freak because I thought that the chicks could have jumped out; there's a 2x6 board across the bottom of the doorway so the chicks would have to really, really try to jump out of the pen.  And then I'd probably find them somewhere close by or more than likely, right on the other side of the pen, peeping away, trying to get back inside the pen to be with their brothers and the pan filled with chick feed.

What I was afraid of was this: 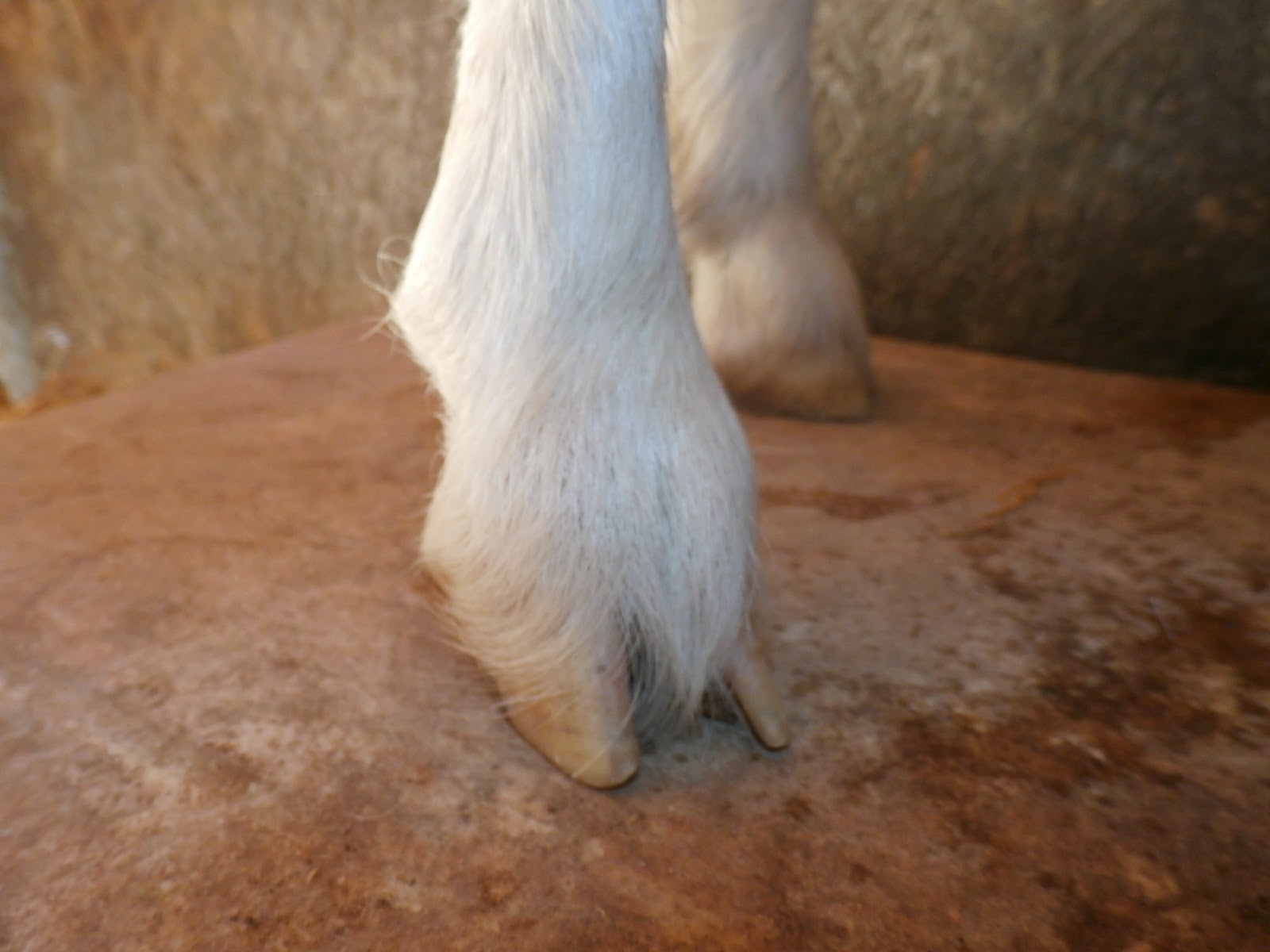 The goats are the biggest bunch of feed gluttons I've even encountered (including myself).  And they will do anything, ANYthing to get their maws on grain, or in this case, chick feed.  Every single one of them have this incredible, insatiable appetite for chicken feed, which is, by the way, very bad for them.  So I have to keep all feed, especially chicken feed, safely locked away from the marauding caprine horde.

Long ago, Nettie figured how to open every latch that barred her from gaining access to whatever munchies lay beyond said secured door.  I've watched her bump and nudge and jiggle and bang and mouth one of those latches for ten minutes until it finally shook loose.  So every door has a lock of some sort.  Including the pen that contains thirty-two future chicken dinners.  It appears that I latched, but failed to lock the pen last time I was in there.

The open door wasn't the biggest problem and the goats getting into the limited amount of chick crumbles wasn't that big of a deal either.  The problem would be the pushing and shoving and stomping and general ruckus that would ensue when the goats realized that there was a pan of chick feed up for grabs and would no doubt mean disaster for the tiny chicks.  So when I saw that open door (see picture #1), I dropped the hose and ran (yes, I actually ran) towards the chick pen, screaming obscenities all the way.

I found Chop Suey and Penny in the pen.  The feed pan was, of course, licked clean.  It practically sparkled.  I screamed at the goats in the pen and they (wisely) practically jumped over me to get out of the pen and as far away from my size 9 shoe as possible.  In the seconds between me seeing the open door and the moment I got into the barn, I had horrible visions of $80 and two weeks worth of work pummeled into the straw bedding, white feathers stained blood red mingled with pinkish chunks of chick flesh. But to my utter amazement and relief, not a single chick was dead.  The only casualty seems to be a chick with a sore leg.  I don't know how the chicks managed to avoid being beat into a fleshy pulp by sixteen or more pointy goat feet, but they did.

Remember that authentic *Gasp* I let out?