Welcoming back the Boers

Our Ag teacher friend and her husband drove the Boer doelings back to our place the weekend before last.  They had finished their round of shows and it was time for them to come home.

Even though the Boer kids have been to the big city and were sporting fancy ribbons (don't ask me which, although I know it wasn't First or I'd be bragging), that didn't stop the rest of the herd from picking on them.  There was lots of head butting, rearing up, chasing around and butt sniffing.  Pickles doeling, Dilly, was even severely butted by her own mother when trying to nurse.  I figured that the doeling had been weaned long enough that she wouldn't try to sneak a snack from her mom, but I guess I was wrong.

We did sponsor three Boer kids for the shows, but we only got the two doelings back.  Gimpy (the goat with the messed up back legs) didn't do as well as the gals weight-wise so he's being kept at the school barn to fatten up a little more before we butcher him.  I figure we'll split the carcass with Adrian (the Ag teacher) and her husband for all the livestock related favors they've been doing for us lately.

The Boer doelings weighed in at just under 70 pounds each and they're seven months old.  I'm not exactly sure what I had expected, but I was really thinking they would weigh more by now.  But given that we don't have fancy pants breeding stock, I suppose we got what we paid for.

I'm not sure if I'll be breeding the Boer doelings this year or not.  If so, I'll wait until as late as possible in the breeding season to do so, probably around December.  Herman will have his last shot at the girls this year and then it will be off to the sale barn with him and Studly DoRight will take his place.  Wish I could get rid of Herman sooner as I can smell him as soon as I walk out of the house in the morning.  Not nearly as stinky as our previous Nigerian Dwarf buck, but stinky enough. 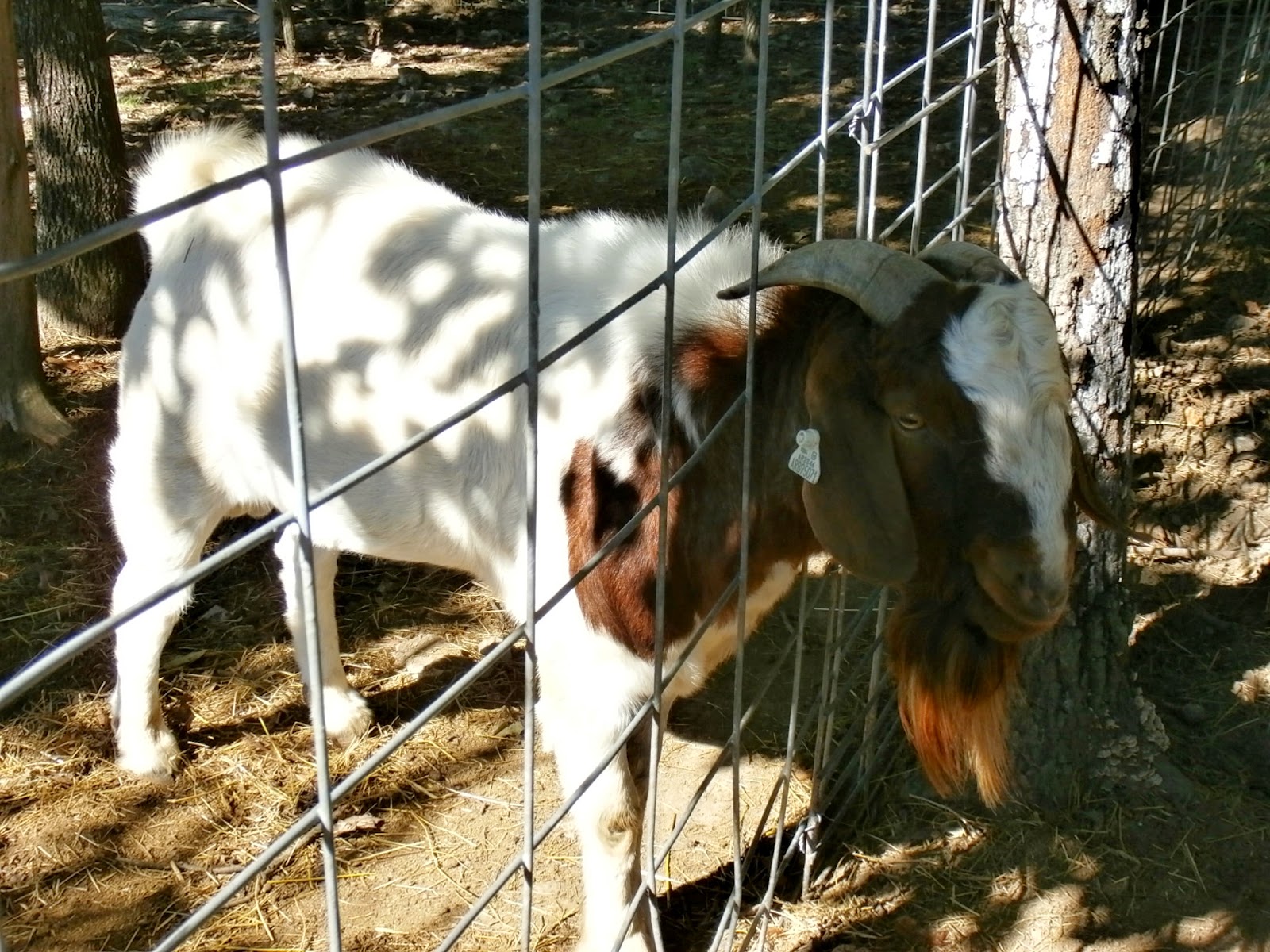 Can you smell Fall in the air?  All I smell is buck goat pee.
Posted by Carolyn at 11:47 AM