That's what our family calls it when we clean up clutter.

And as my Mom so eloquently pointed out to me earlier this week, I've got "piles of crap everywhere".  So in order to tackle some of the clutter, I organized my animal med cabinet.  Which wasn't even within sight so technically nothing really got un-piled, just re-organized.  Is that passive-aggressive, or what?

I don't know why I haven't done this sooner.  Well, I know why.  I'm lazy and procrastinate.  But anyhow....

I went and bought myself a tool box a few days ago and went about cleaning out the cabinet.  Threw a bunch of old stuff out, found some stuff I had forgot I had even bought and managed to make myself an empty space in the kitchen cabinet. 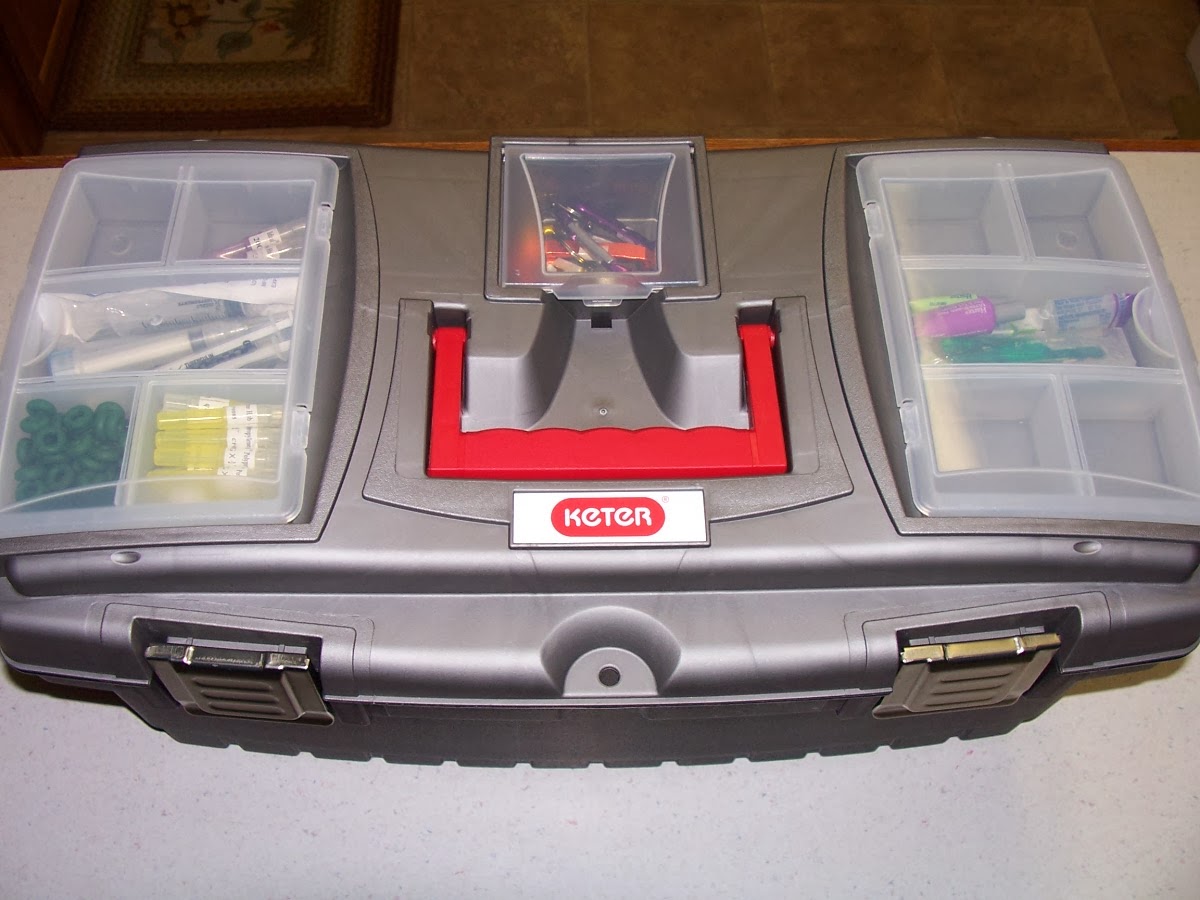 The box is a little big, but I figure that I'm sure to end up filling it up eventually.  You know.  When I have to start buying "pig" and "cow" meds and equipment.  Even though I had originally envisioned "Everything" inside that box, it just didn't happen.  Some of the meds are kept in the fridge so I ended up putting them into small, lidded plastic box from the dollar store: 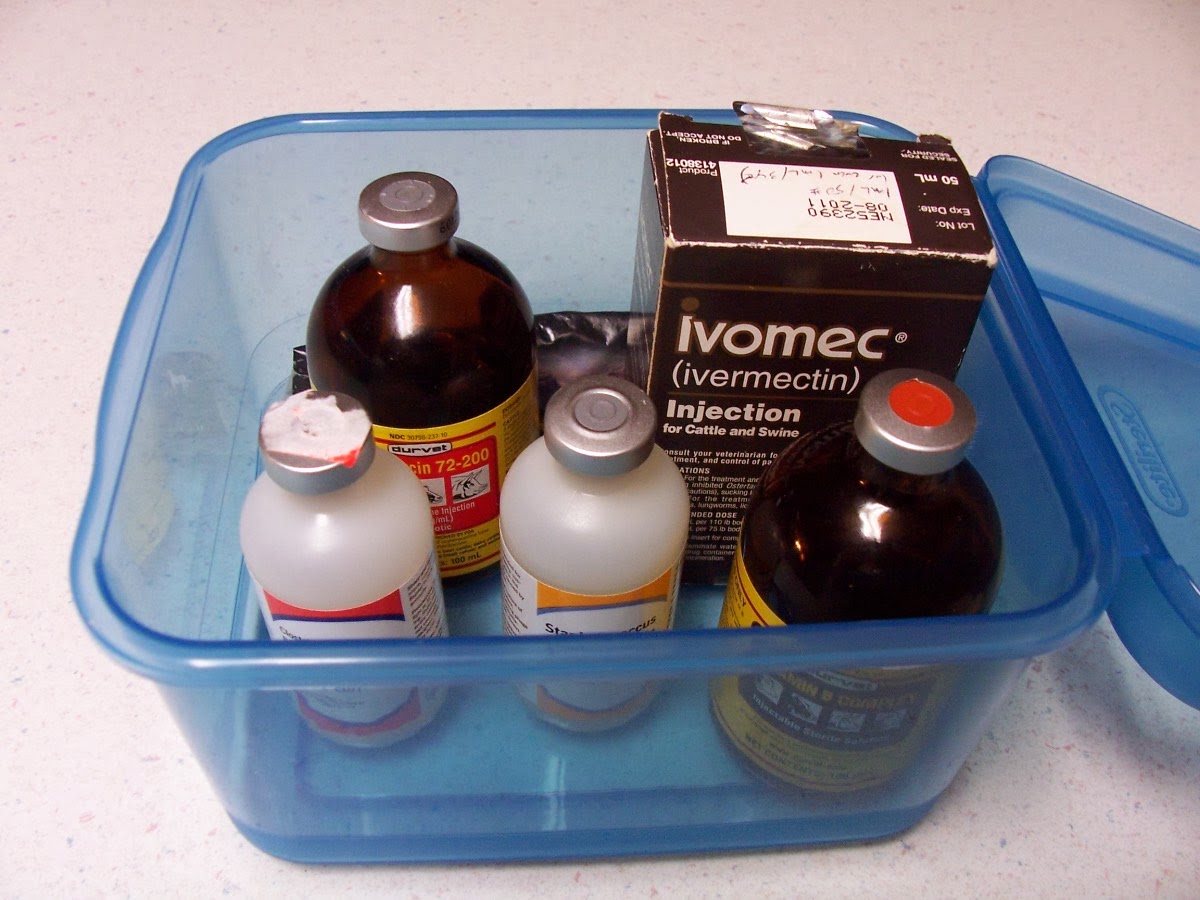 Because although I knew that the broad-spectrum antibiotic was kept next to the pickled relish and the CD/T vaccine was hidden behind the horseradish sauce, I doubt Paul would be able to find them if the need arose for it  in my absence.  Now everything is together.  And separate from the condiments.

So, even though I wasn't able to consolidate all of my animal doo-dads and thingies and what-nots, I do feel a bit less disorganized now.  And if Mom's lucky, I may just get rid of the grocery sack filled with old magazines before the New Year.