I'm currently down to milking just one doe, once a day.  About a month & a half ago I went from milking morning & night to just in the evenings.  I told my three milk customers to be prepared for a milk cut-off.  Then around Thanksgiving, Annette started drying herself up so I just went with the flow (or lack thereof), cut her grain rations and quit milking her.

MamaGoat is our only source of fresh milk now.  She's still giving just a tad over a quart, once a day.  Just enough for cereal & the occasional baked item that calls for milk.  MamaGoat is due to kid on March 21st, so I'll stop milking her right after Christmas in order to give her a three month break.  I'd give her the full three months if I stopped on the 21st, but I just couldn't fathom the idea of Christmas cookies without fresh milk.

When I suspected the milk flow was ebbing, I started freezing some of the milk in empty water bottles: 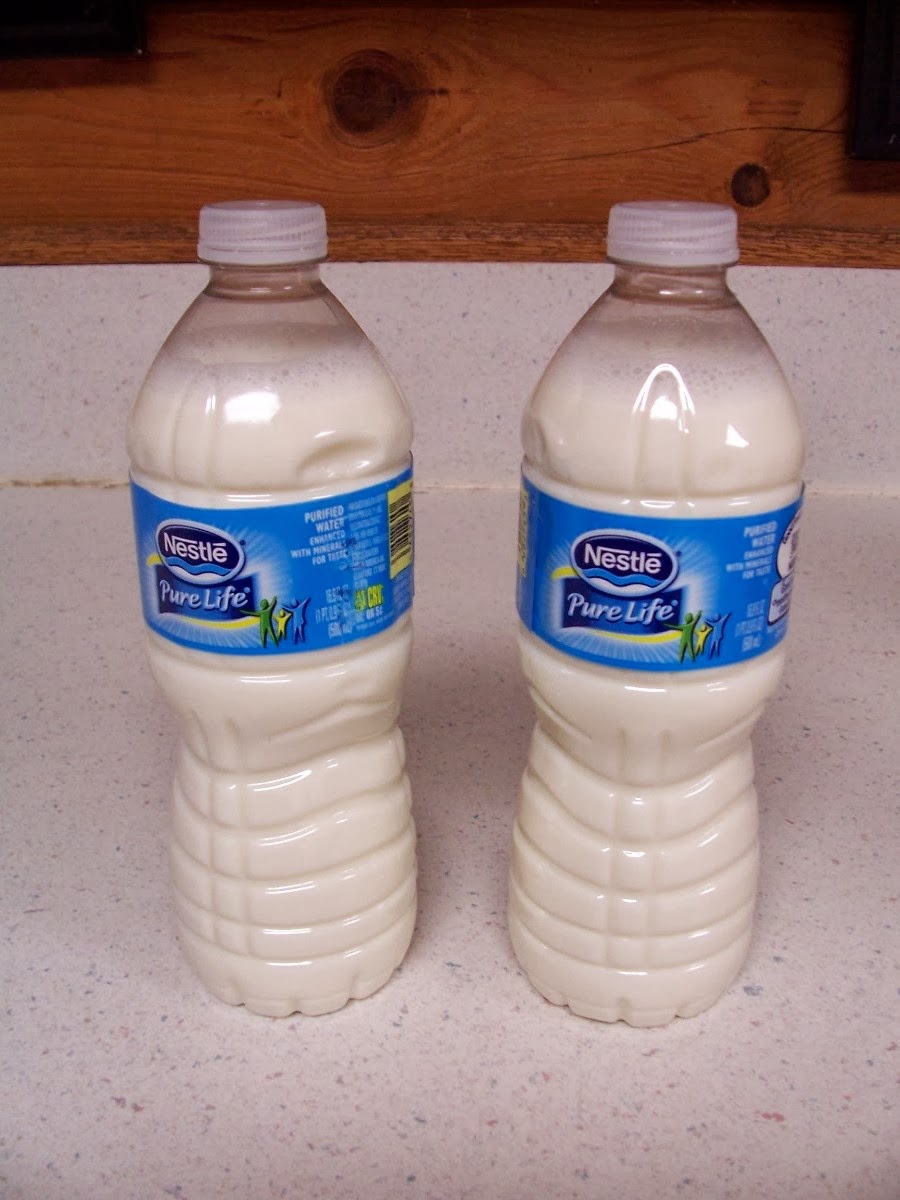 They are the perfect size for thawing just enough to get Rhiannon (and me) through the looooooong milk-less hump before Spring kidding.

Every year I dread the thought of the milk spigot being turned off.  And maybe one day I'll actually spread out the kidding dates to give us a year-round supply of milk.  Nettie is due on February 24th or March 2nd, so we'll be back in the milk business soon afterwards.  But until then, we'll just enjoy what fresh goat-goodness we have now and ration the frozen supply.  And I can "enjoy" two months of not having to freeze my buns off in the milk parlor.
Posted by Carolyn at 6:00 AM