Getting my money's worth

I've been using our microscope for doing more fecal floats on the various goats in our herd and spent so much time on them one day that I got a headache from looking into the eyepiece so long.  I felt like I should have been wearing a long, white lab coat and those huge plastic goggles. 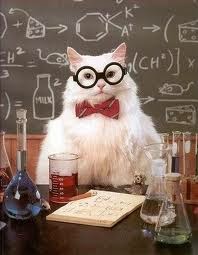 I've done tests on Nettie and found her worm load to be within limits (12 or so barber pole eggs) so I didn't worm her.  Then I did a test on Annette and her worm count was about three times higher than Nettie's so I wormed her orally with Ivomec.  A few days later I took another sample from Annette, hoping to find significantly less eggs, but there was only a slight improvement.  I'm still uncertain if I'm going to try worming her again with a different anthelmintic drug (fancy name for deworming medication) right away or wait until right after she kids.  She should be ok this far along in her pregnancy that the drugs shouldn't affect her pregnancy, but I'd hate for her to abort because of it.  MamaGoat's fecal came back within acceptable levels.

Then I did tests on my Boer gals.  Collected fresh turds (I hate it when people call it a "sample", it reminds me of samples of food given away at supermarkets) and got all scientific'y again.  Pickles, Lily and Penny were surprisingly sparse on worm eggs, and I've only wormed them once with the Positive Pellet medicated feed.  Not sure if Boers are just less susceptible to worms or if it's because I've had the dairy gals around here longer.

I still have to do tests on NewNew, Chop Suey and Herman then should be finished for a while.

I'm tempted to take a sample from the same turd deposit that I do a sample on and bring it into the vet just to see if our numbers jive.  I know there will be some inconsistencies, but I would like some confirmation that I am doing this correctly.  But I suppose as long as I do each test exactly the same way, at least I'll be able to determine if there is an increase or decrease in parasites.
Posted by Carolyn at 11:00 AM