A Fun Day of Firsts

We were invited to go river fishing this weekend and it was a perfect day for it; temps in the lower 80's with a sporadic cover of clouds and the occasional breeze.

Morning barn chores were done in a rush, an impromptu lunch was thrown into the cooler, and we were off!

This was Rhiannon's first time on a river boat, or as a matter of fact, in any type of boat.....in the water.  Rhiannon gets lots of  boating "practice" as we do have a small fishing boat, but alas, it sits in the side yard instead of the water.  She is also very proficient at casting out a line as she practices with her fishing pole in the front yard by throwing out a plastic weight and catches "cat" fish (i.e. Outside Kitty chases it around the yard).   Rhiannon wasn't apprehensive at all about going on the water, which was a relief because unlike her, up until just recently, I was anxious about getting into one.

We spent over four hours on the river. 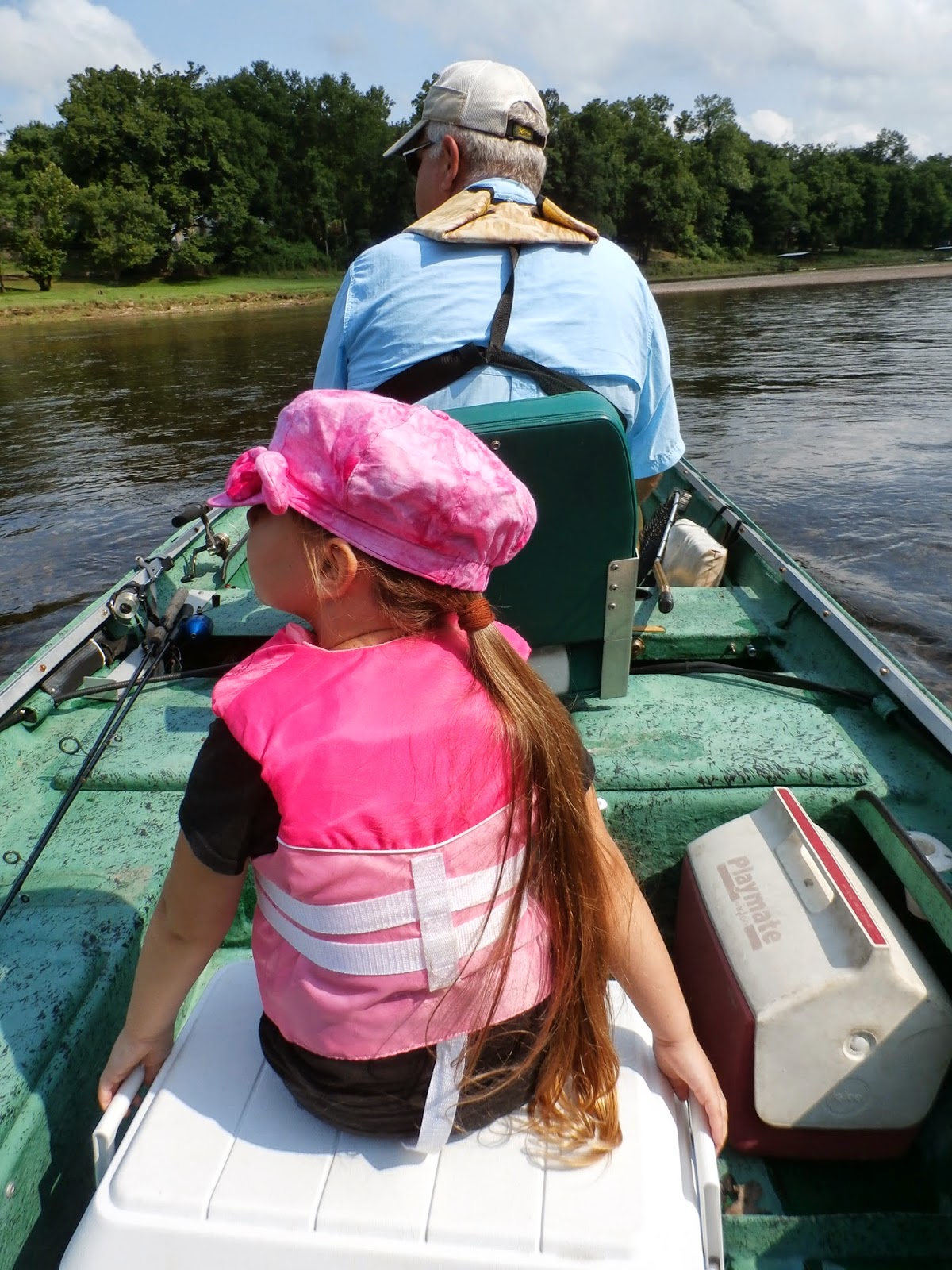 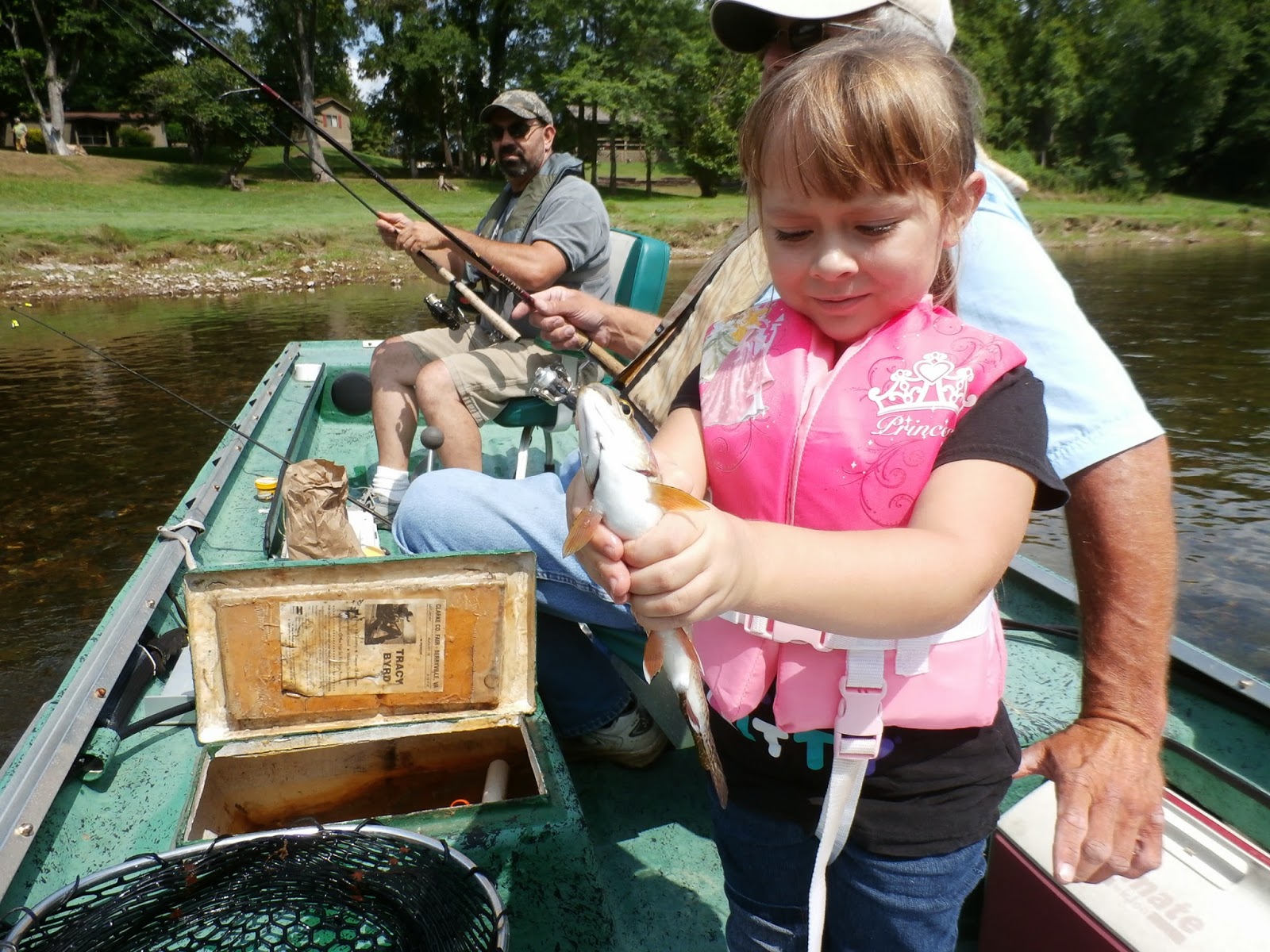 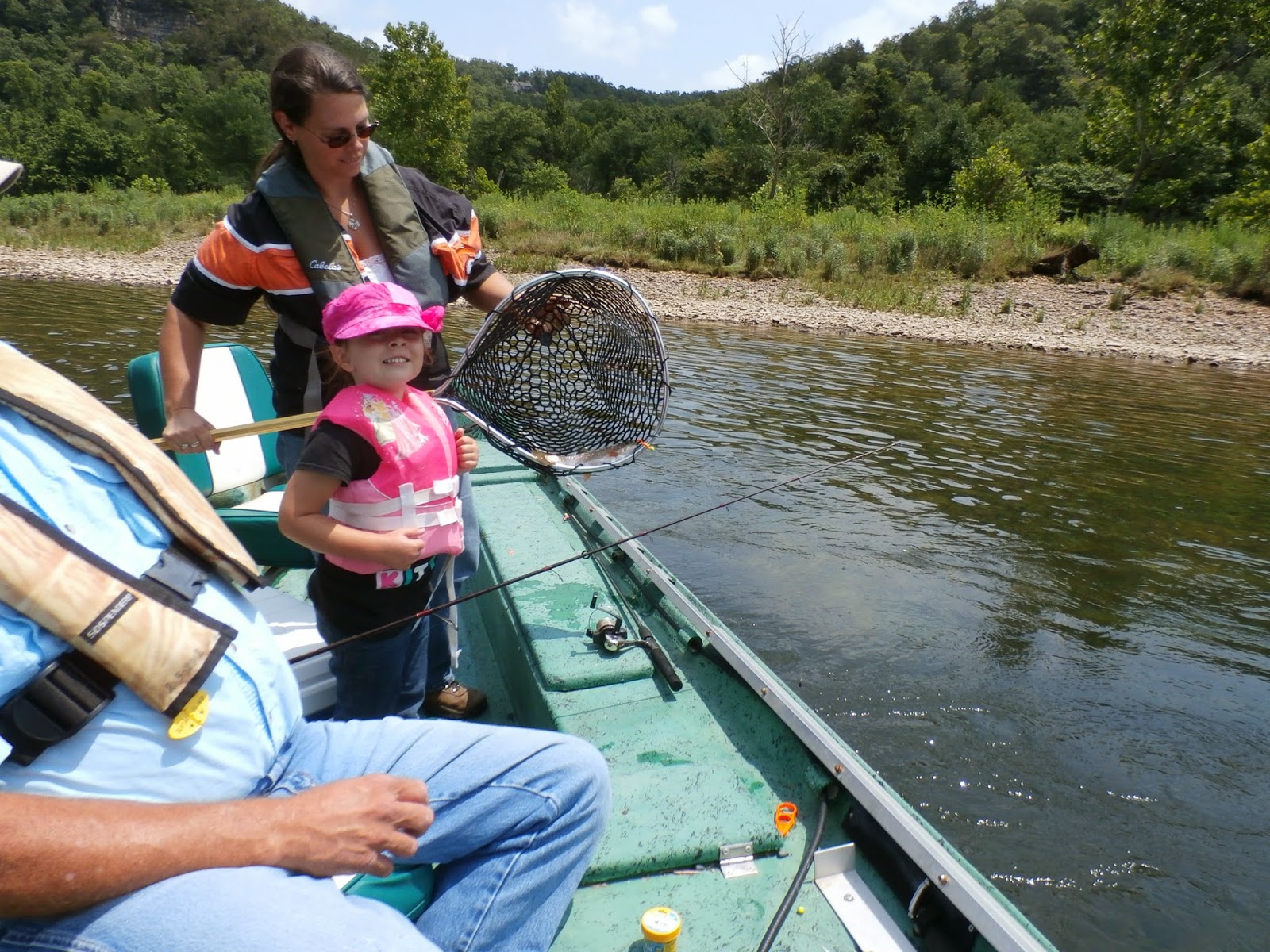 We fished.  We ate chips.  We marveled at the clear, cool water and how you could see the fish just a foot down.  We ran the boat up and down the river.  We caught some fish (and played with them in the live well).  We took a break and pulled up to shore and walked around.  We fished some more.  And when Rhiannon (and I) were getting too hot (and maybe even a little bit cranky), our fishing guide took us back to the boat launch and we brought our catch home.

Rhiannon was out like a light five minutes into the car ride home.  And then was somehow magically refreshed and renewed and ready to take on the world after a five minute powernap.  I, however, was exhausted beyond belief and collapsed into a coma like it was nobody's business for a full two hours.  How does one get so tired from sitting on one's behind the entire time?  I don't know, but I'm telling you, it took all of my remaining strength (and a little help from Paul yanking me) to get out of bed for evening barn chores.

We live a stone's throw away from the river (and the lake as a matter of fact), but as many of you can attest to, it seems the closer you are to something fantastic like this, the less likely you are to take advantage of it.  Why is that?  Is it because it's taken for granted?  Because we say "Oh, we can get out there any time" or "There's stuff that needs to be done today, we'll go tomorrow"?  Not that I'm advocating throwing all reason and responsibilities to the wind and just screwing off every day.  But maybe there would be more time for it if we made an effort to make more time for it.

I hope that we'll make more time for river and lake fun from now on.

Is there anything that you need to make more time for?
Posted by Carolyn at 8:36 AM