Saga of the Speckled Kingsnake, Part 2

I just know that Kelly & MamaPea have been anxiously anticipating another episode of "Make My Skin Crawl", so I'll do just that.

If you recall, we didn't lose the Speckled Kingsnake in the house (or the truck), it was simply a case of mistaken coffee containers.  So I put the snake in the temporary plastic tub (with tight-fitting lid, of course) and put a bowl of water in there along with a few night crawlers.  Which it did not eat.  Which I was a bit surprised as that is supposed to be what they'd eat in the wild.  But really, would you be hungry after making a mad dash away from the whirling blades of death (the brush hog) and then being manhandled womanhandled, shoved into a small plastic container that smelled like stale coffee grounds and then put into yet a different plastic tub with some weeds and a fake "pond"?  Me neither.  Well, who am I kidding?  I'd eat just about anything, anytime.

Anyways, I was a bit worried that Snakey wasn't going for the night crawlers after two days.  Then on the evening of the third day of captivity, I opened the lid to check on Snakey and to my surprise, I found these:
And there was one more "bun in the oven".  So in total, SHE laid five eggs.

To say that Rhiannon, and I, were pretty excited would be an understatement.  I immediately went to internetting on how to care for snake eggs and put them in their own little homemade incubator: 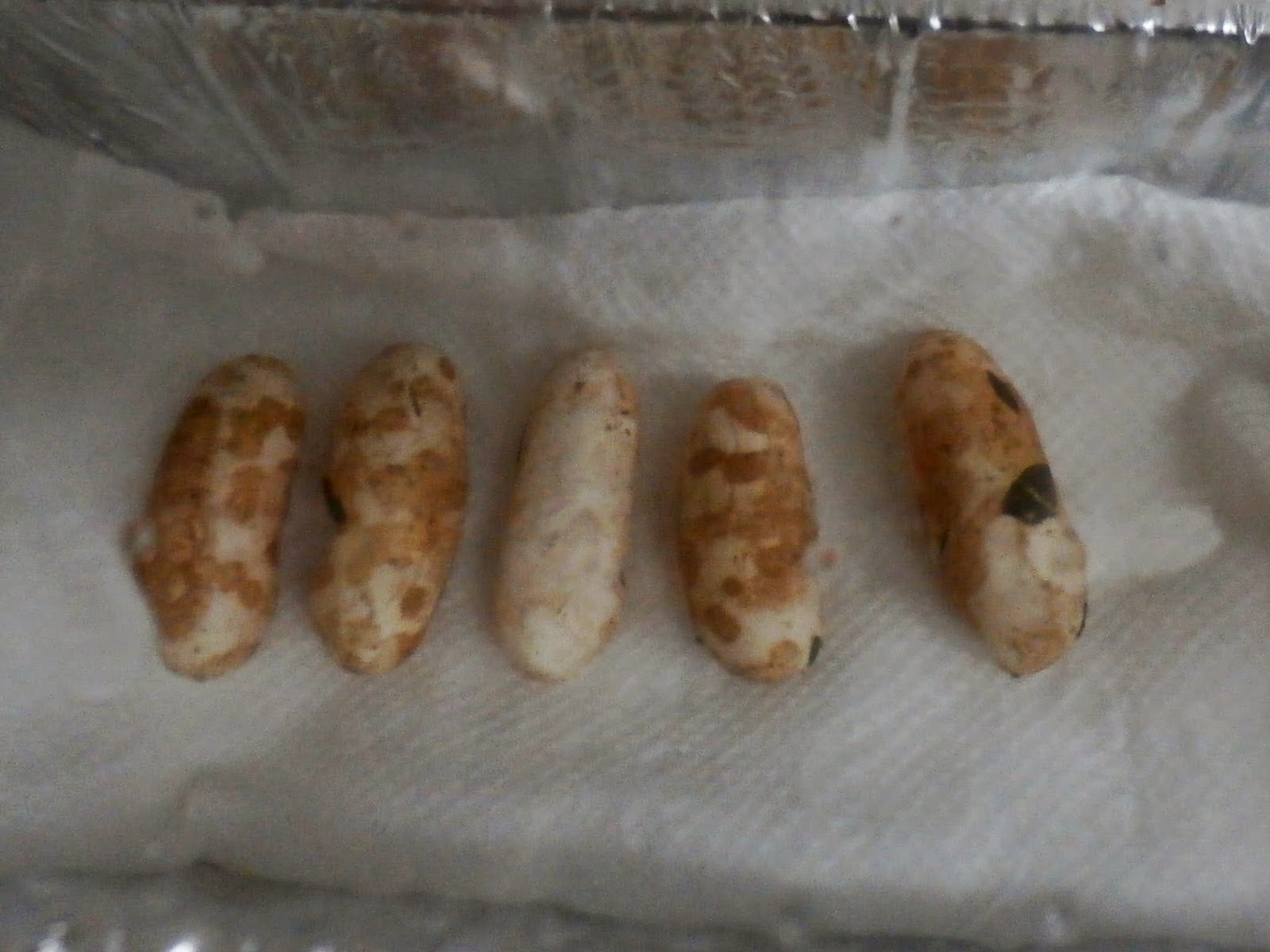 And thanks to our friend Adrian, we also have a more proper abode for Snakey: 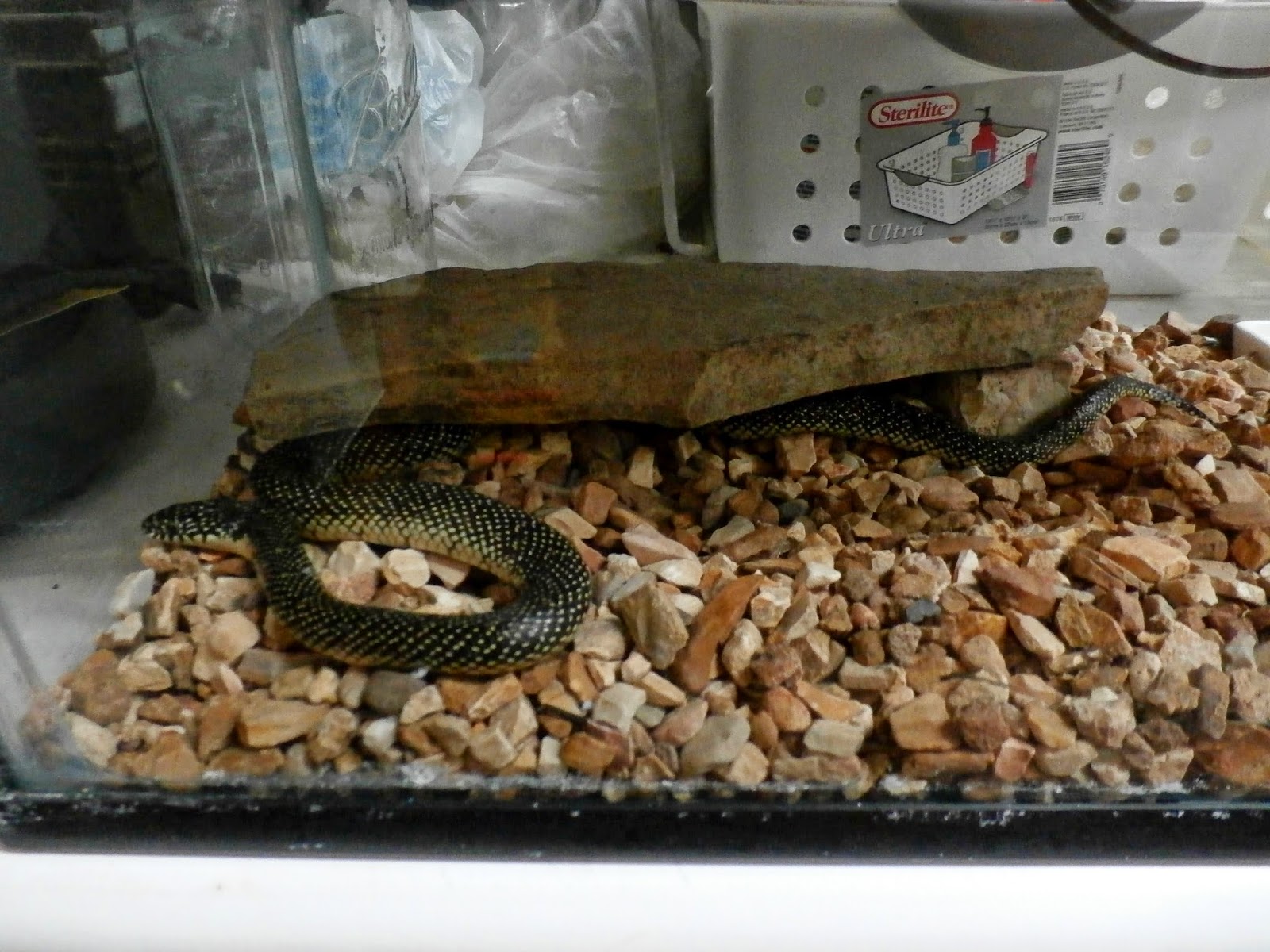 We'll continue to do our homeschooling science on "Reptiles" for a few more days, then let Snakey go in the woods behind the house.  Her eggs, however, will be another lesson.  Hopefully in 50-60 days from now.
Posted by Carolyn at 6:22 AM