Saga of the Speckled Kingsnake, Part 1

Paul was brush hogging his Mom's place up the road and Rhiannon and I went to make sure he wasn't injured or died in some horrific tractor accident that I always am afraid of when he's working alone visit him.  All the tractor commotion caused not only Ms. Melman & Nugget (the mule & mini-horse) to run around like crazy animals, but it also brought out a small speckled king snake.

Being the lover of snakes that I am, I picked it up and put it into a small, empty, plastic coffee container.  Rhiannon was thrilled.  Heck, I was thrilled.  Speckled King Snakes eat venomous snakes, and we have plenty of copperheads around here and supposedly an occasional timber rattler.  So I had Rhiannon hold on to the coffee container and we drove back home.  I was going to release it by the house, but then I thought "Homeschooling Project"!  I told Rhiannon to put the container on the kitchen counter top while I sought out a more suitable enclosure for the snake.  When I found an old plastic bin, I told Rhiannon to bring the container to me so we could release it into it's temporary home.  Rhiannon hands me the container and I open it.......to find nothing.  As in, empty.  As in, no freaking snake.  As in, Shit, Paul's gonna throw a fit 'cause there's a snake loose either in the truck or in the house.

I'm obviously a bit anxious now.  How did it get out?!  I asked Rhiannon if she opened the lid.  She looks at me and says "No, Mama".  I asked her if she dropped it on accident.  "No, Mama."  I tell her I won't be mad at her if she did, but if she did, she needed to tell me where and when so we could find the snake.  "No, Mama, I just put it on the kitchen counter like you said."

So I go back into the kitchen and what do I see?  An identical, empty coffee container.  On the kitchen counter top.  With a snake inside of it. 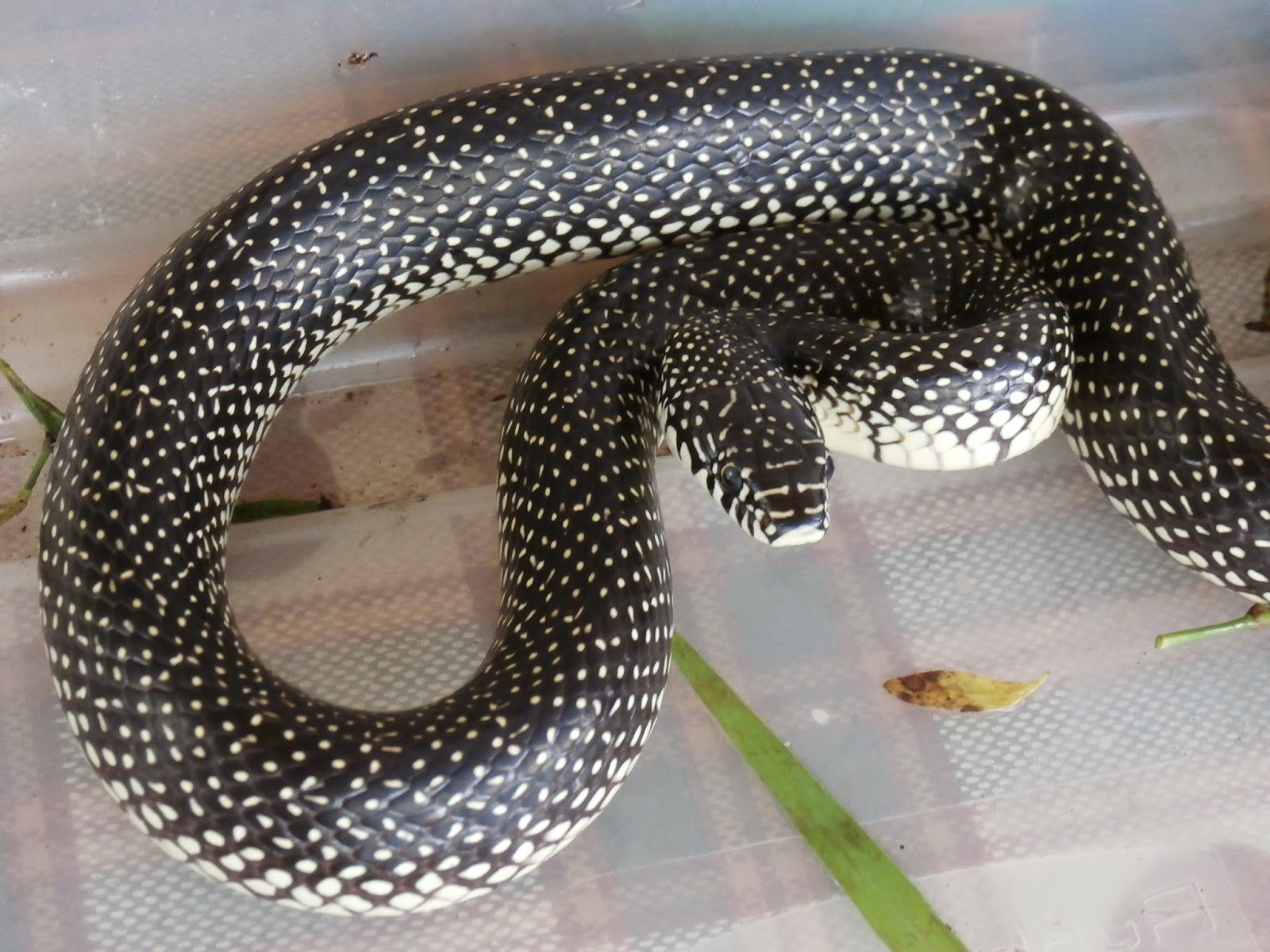 To say that I was immensely relieved would be an understatement.