....or inside looking out.  Or on one side wanting to be on the other side. 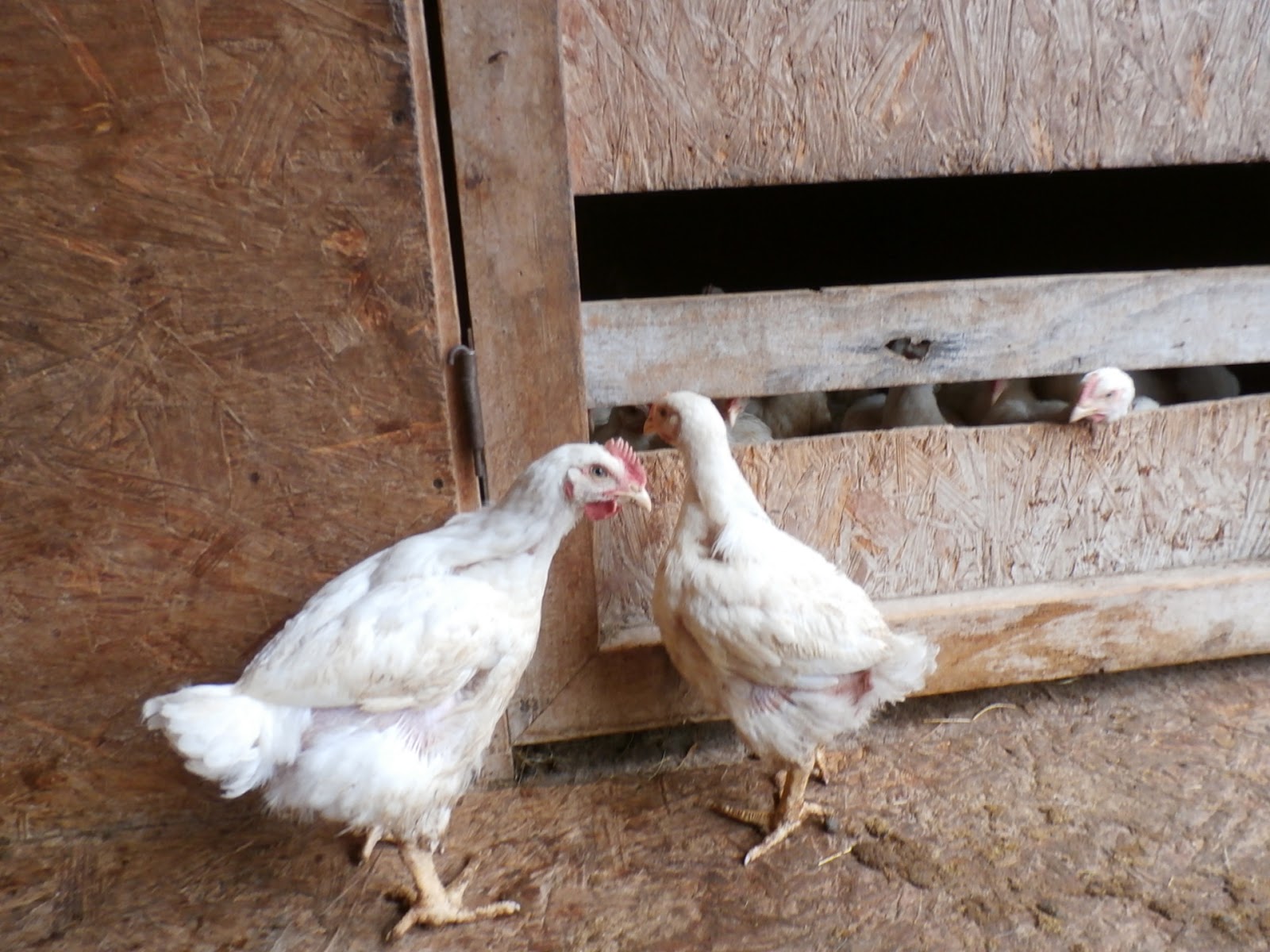 The creepy meats are continuing their daily assault on my every time I go in the pen to feed them.  Never mind that I've not once fed them outside of the pen, but I'm convinced they just want to make a rush at me to knock me down and eat my eyeballs.  During their delirious feeding frenzy, one or two of them will make it out the door and get chased around the yard by the older laying hens.  Last night I wasn't able to catch the escapees so I let the stupid buggers sit under the barn for the entire night.  I really didn't want to because the loss of two birds means the loss of two wonderful, succulent, crispy skinned chicken suppers, but I also really didn't want to shimmy my fatass underneath the barn where it was muddy and mucky from the torrential downpour we received earlier in the day.  Luckily, they survived the night and I scooted them into the pen again (while every other chicken wanted out).

Herman is also upset that he's on the other side of the fence.
Breeding season has kicked into full blown Oh-Me-So-Horny mode and there is the nauseating smell of buck piss and the muffled, grunting noises from the does.  Annette sounds like she's sick or in labor.  It's pathetic.  I wish I could hand out caprine condoms just so she could get some lov'n and shut the hell up.  Last year I had my does bred early and I don't want to repeat that experiment again.  It's just too cold.  I know that the goats get bred earlier so that their kids are larger for the County Fair, but it's just not worth having to worry about hypothermic kids or me freezing my bumm off in the barn waiting for a kidding.

And I will have to continue pulling his stupid noggin out of the fence (no fewer than sixty-five times a day) and then go sandblast my hands in a feeble attempt to rid my flesh of the smell of buck piss.
Posted by Carolyn at 10:49 AM