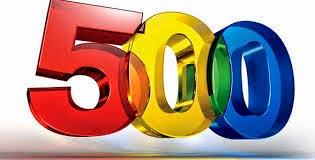 Yesterday I finished the tenth bag of chicken feed for the Creepy Meats.

Let's do the math, shall we?  Ten, fifty-pound bags.  Five hundred pounds of chicken feed.  Thirty-two chickens.  That's over fifteen and a half pounds of feed per chicken.  And today I have to run out to the feed store to buy a couple more bags.

They were eight weeks old this past weekend, but we didn't butcher any of them.  In theory, eight weeks is the target date to get those poopy poultry processed and into the freezer.  But they weren't filling out as nicely as I had hoped.  I put some of the smaller chickens into a seperate pen outside hoping that they'd put on more weight since they wouldn't have to compete with the rest of their heavier penmates.  The rest of the group is still in the barn.  Which is a total pain in the butt as I have to clean out the pen twice a day because of all the poop.

I didn't mean for them to be in the barn so long.  Normally we'll brood them for a couple of weeks in the barn then put them outside in the chicken tractor or the dog kennel.  But this year I just didn't get around to it.  The chicken tractor needs some minor repairs and the dog kennel is in a spot where I wouldn't be able to easily move it around.  So the Creepy Meats stayed in the pen.  And in hindsight, I would have saved tons time by fixing the chicken tractor or moving the kennel as it takes me at least a half hour each day to clean out the bedding in their pen.

I have a plan though.  I just have to get around to it now.  We'll see.

Speaking of five hundred, did you know that Small Farm Girl celebrated her 500th post yesterday?  Go over and say "Hello" and congratulate her on the blogging milestone.  Also, did you know that she's writing for a magazine?  If you want to check out her first article, here it is:
http://mollygreen.com/blog/our-journey-to-wellness-begins/

Congrats SFG!  Let's get working on another 500!  Well, you, not me.  No way I'm hauling another quarter-ton of chicken feed to the Creepy Meats.
Posted by Carolyn at 6:26 AM