G is for GET OUT!

I opened up one of the covered, raised beds to see what, if anything was going on in there.  Picked out a few weeds and left the glass door open.  Still haven't decided what I'm going to put in there, but it really doesn't matter because approximately fifteen seconds after I left the general area, the chickens ran from all corners of the homestead and had taken over and made it their personal dust bath: 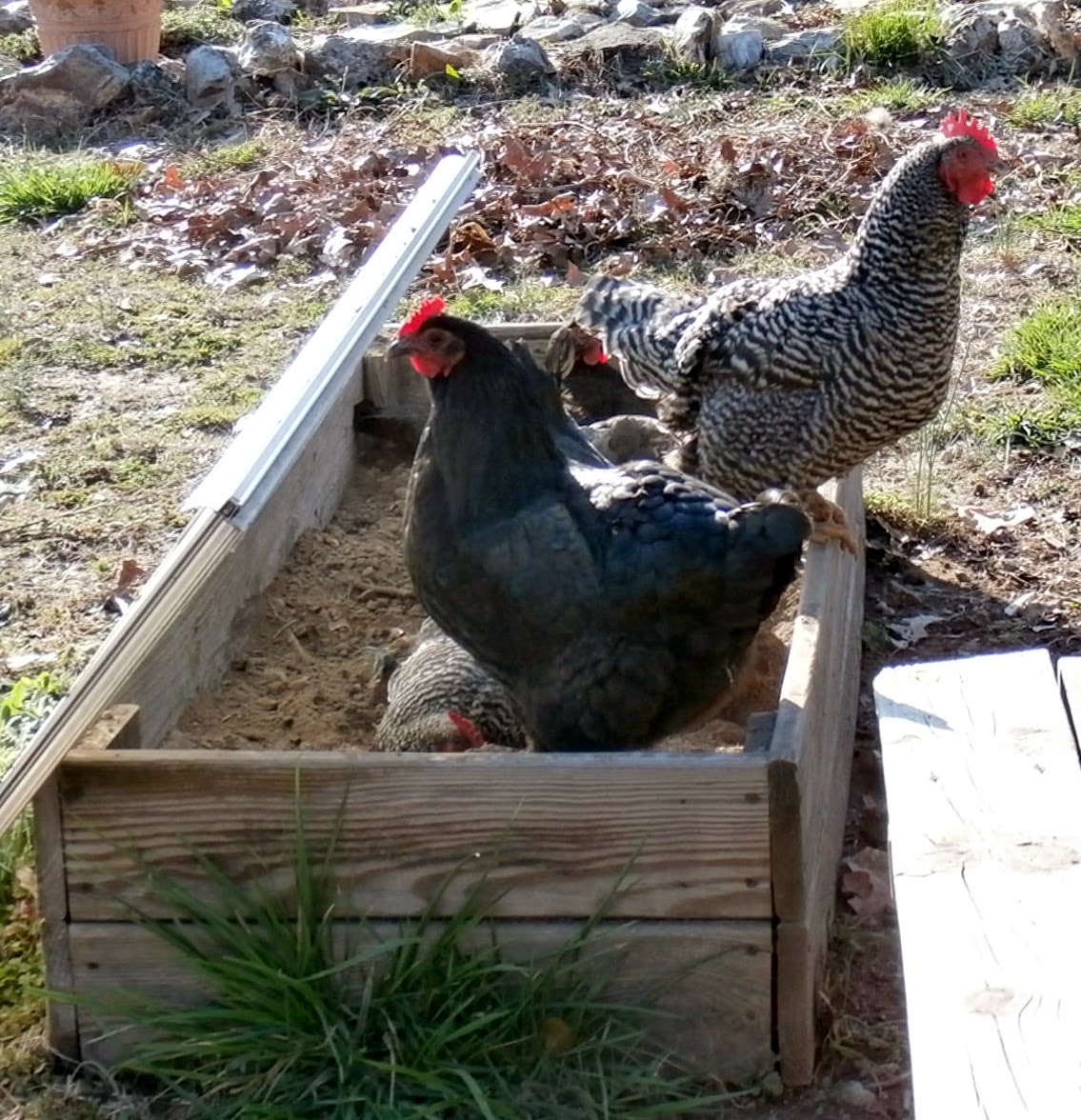 There are only three small raised beds in the front yard along with the Herb garden.  And although I have somewhat chicken-proofed the Herb garden by placing rocks around every plant, the other raised beds must have something to keep the scratching biddies out of there.  I've used plastic deer netting with some success in the past, but I'm not sure if the Giant Sloppy Dog will respect the fence or just plow right into it, over the beds, and on his merry way like he currently does sans netting.  I LOVE the idea of putting up a rustic looking picket fence or one of those wattle fences, but I lack both the ambition and patience.