G is for Grease 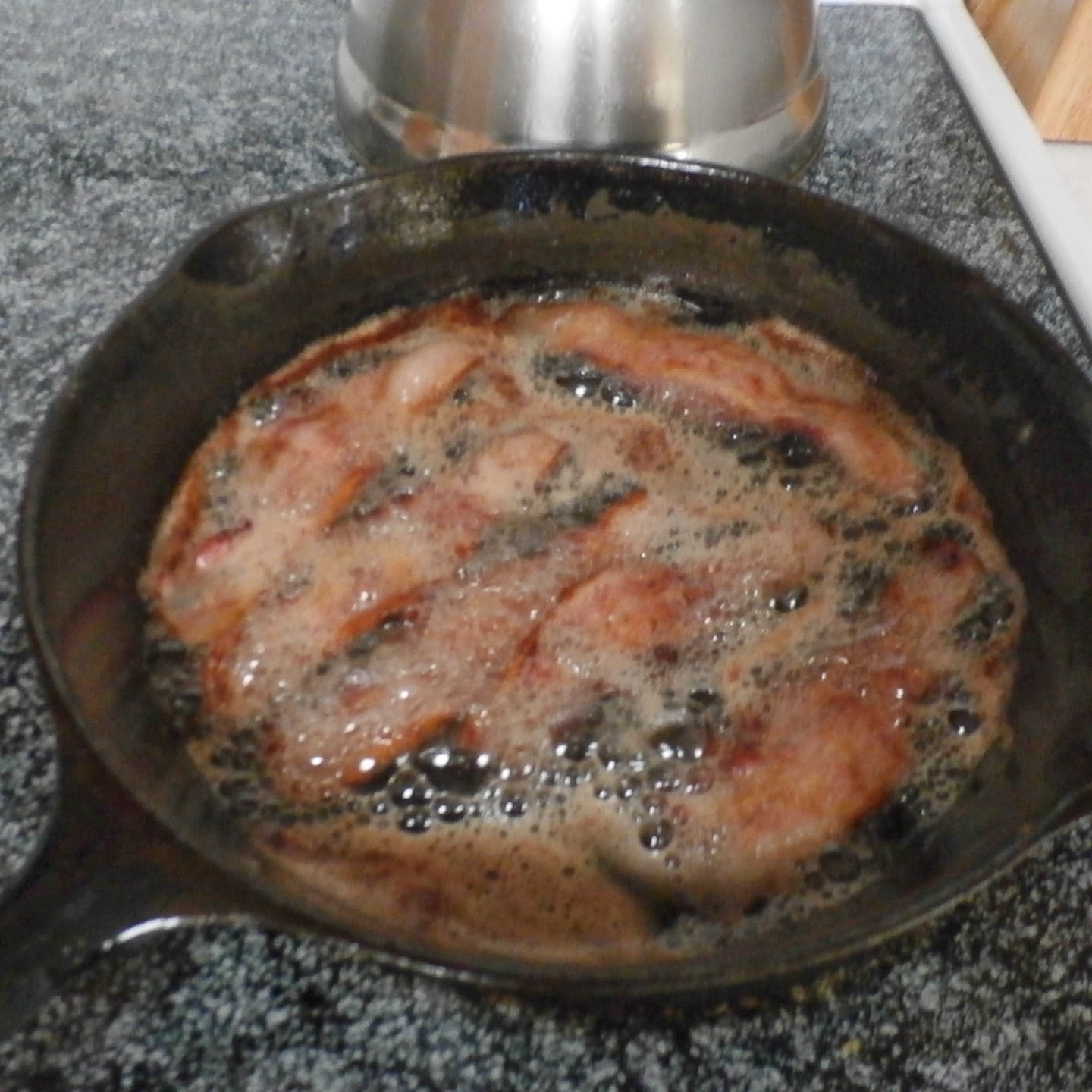 From OUR bacon.  Paul picked up the cured / smoked ham and bacon this past Sunday and after weighing in the remaining porky goodness, I opened up a package of bacon, fried it up and we were finally eating crispy, delicious, wonderful, beautiful BACON!

And after we consumed too much the bacon, I let the pan of grease cool off and poured it into our "Bacon Grease" jar and put it back in the fridge.  The jar was getting pretty empty so it brought a smile to my face to see it being filled back up.

We also received more pork fat from the other family that didn't want theirs (The fools!  Bwahahaha!!).  Another welcome addition to the Krazo Acres larder (pun most definitely intended).  It will be rendered into lard.  Which I will use, along with the coveted bacon grease, to cook with, bake with, and make my favorite green bean recipe.

I used to store vegetable oil as the primary "fat" in our pantry.  Then we started getting hogs for the freezer and I learned to render the pork fat into lard so I've been letting the vegetable oil stock dwindle.  I'll still buy olive oil, and maybe a container or two of vegetable oil, but from now on our main focus will be on lard.
Posted by Carolyn at 8:02 AM