I've been so busy with "those" animals that even though Spring has officially sprung, I haven't done much seed starting or planting or anything remotely close to getting the garden started.  Although our weather hasn't been crazy-cold we're still dipping below the freezing mark several nights this week.

The buds on the peach and nectarine trees are swollen and looks like they'll burst open any day (probably when it gets down to freezing at night, of course) and there's a lot more green out in the pastures than there was just a few days ago.

I pilfered a neighbor's yard for her excess daffodils and planted them in a somewhat-chicken-proof miniature bed surrounded by rocks. 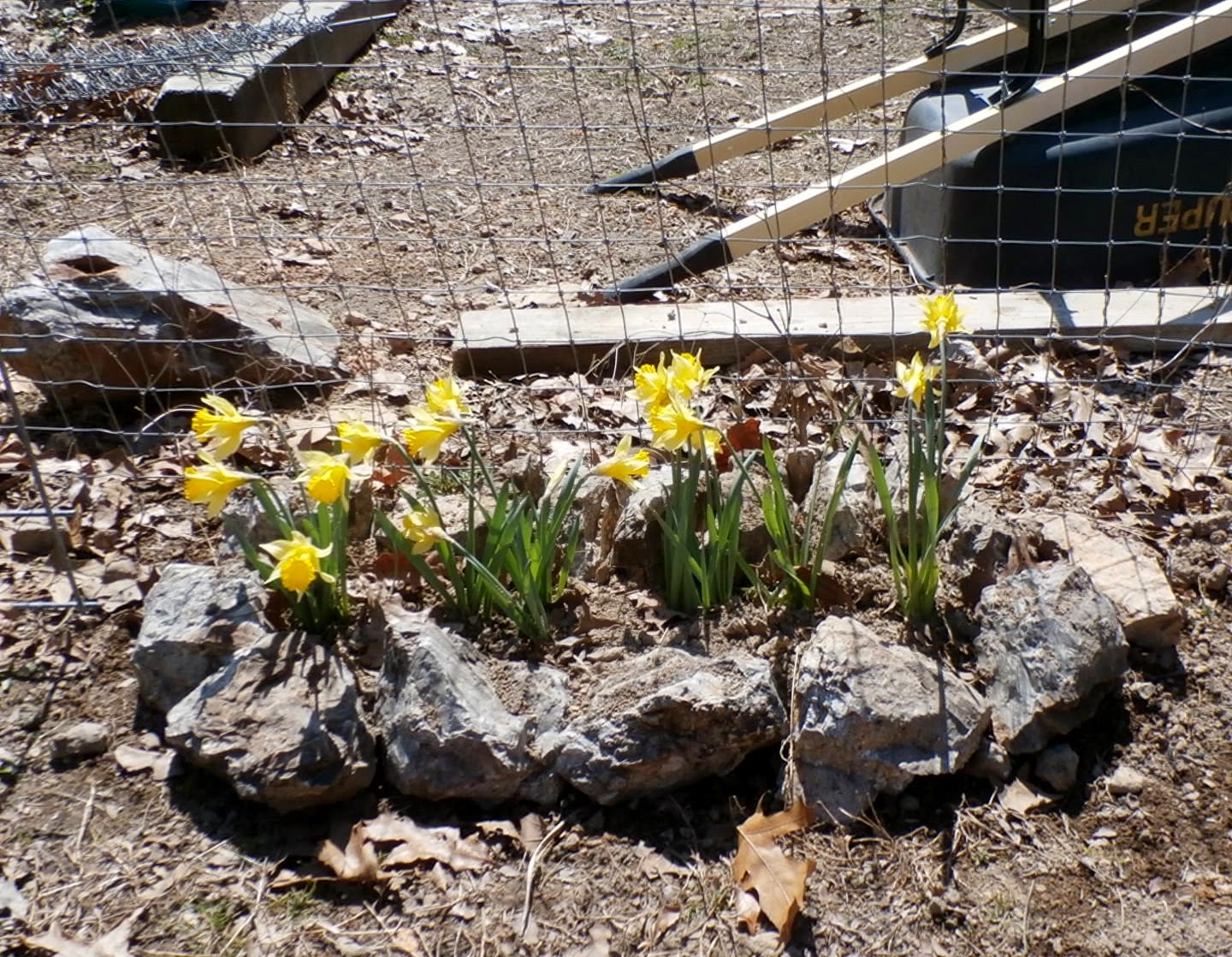 I made an identical rock-lined area for the Iris bulbs Mom gave me (that had been sitting on my front porch since, say, last September) and plan on making a few more to line the front of the berry garden.  I also yanked up some roots from the neighbor's wisteria bush that I have soaking in water now and hoping that I can transplant them into a pot and then into the ground before too long.  I just have to find a suitable place for them as they are known for taking over anything they get their vines on.

The front garden beds need to be surrounded with chicken wire or bird netting before I can plant my peas.  The chickens have decided that those beds make dandy dusting areas and there's no way anything would survive in those beds unless they are fenced off.

I still need to clean out the herb garden and expand it some more.  I think it did pretty well last year after I finally figured out how to chicken-proof the plants growing there.  The yarrow is coming back on it's own as is the oregano and I think even the sage and chocolate mint plants made it through the winter.  I'm planning on putting a variety or two of Basil in there along with some cilantro, parsley and may even try tarragon although I have no idea what I'll do with it.