Since about the time we moved to our homestead, we've had a pair of Phoebes nest under the front or back porch.  They've had sporadic luck with hatching out their brood.  One year I found a rat snake in the process of devouring the last of four chicks in the nest.  Another year they had a cowbird lay it's egg in the nest (although I took it out).  And last year, they didn't even bother to hatch out any eggs in the nest as Outside Kitty had started taking up residence and his constant presence on the porch scared them away.

But this year, they had come back: 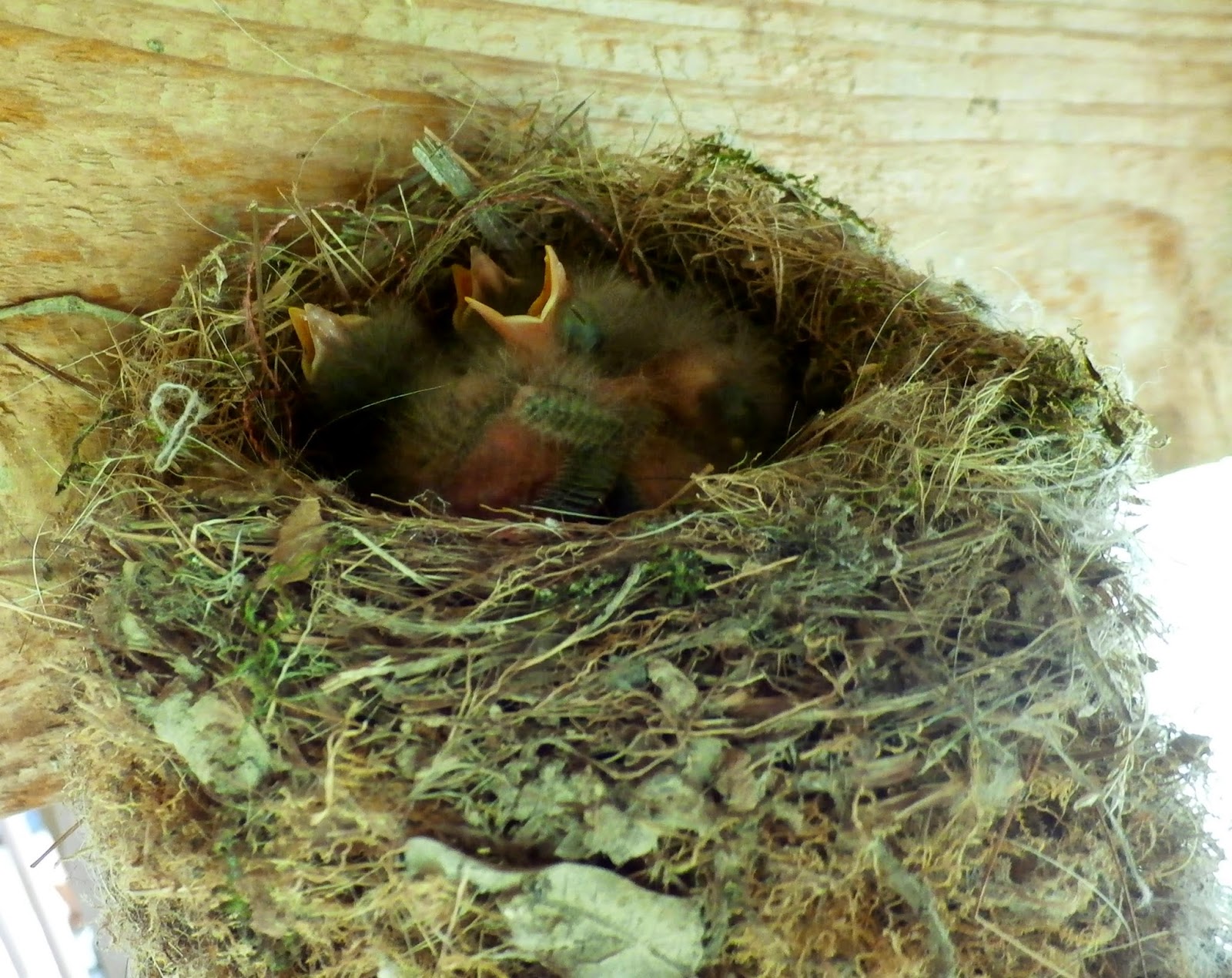 Because Outside Kitty, after becoming part of the family and getting fixed, is no longer the wild little hunting panther that he used to be and I'm assuming the Phoebes realize that his legs can no longer propel his rotund body up onto the beam where they have their nest.
One year they were able to hatch out two broods and I'm hoping they can get this clutch to fledge and then start on a second.

We've been noticing two wild turkey hens right around the house the past month.  I was a bit disappointed though because I didn't see any poults with them.  But then just yesterday Rhiannon & I saw a hen in the soon-to-be pasture area with seven little ones!  They scattered as soon as we started towards them, but it was nice to see that she had hatched out so many.  This morning they were in the soon-to-be (why is it seems everything around here is "soon-to-be" or "eventually-gonna-be"??) permaculture garden, picking through the weed seeds and hopefully eating bugs.
I haven't seen the Red-Bellied Woodpeckers at Charlie's food dish lately, so I can only assume that their offspring have fledged already and the constant nasally-sounding cawing from the hungry fledgling crows has finally subsided.  The crow family is still hanging around and although I don't mind it now, I'm sure I will be curing them when they are pecking my squash and melon plants to bits next month.
Posted by Carolyn at 9:35 AM