As we live in The Ozarks, "soil" is a relative term around here.  Being born & raised in Illinois, it had never really occurred to me that there were places that didn't have dirt.  If one were to scrape or burn the top covering of greenery from the ground around our homestead, you'd see something that closely resembles a gravel driveway.  Really.

Pounding fence posts requires mechanical assistance.  Falling on the ground isn't something to just shrug off as there is invariably a large rock hidden just underneath the sparse vegetation.  Our first year here we dug holes in the "garden" for the tomato plants using the backhoe.  Really.

What does one do when there is no dirt, but still requires the growing medium to sustain a decent sized garden?

We bought "Super Dirt" (or that's what they called it) from one of the local nurseries a few years ago to fill up the raised beds.  What a disappointment.  This so-called dirt contained a plethora (told you I liked that word!) of sticks, rocks, wood chips and other items, and though technically organic compounds, nothing you would consider actual dirt, let alone "Super" dirt.

I am trying to get a good compost pile going, but it does take time.  And I am not a patient woman.  The fact that I keep moving the compost pile and using it even before it's really done cooking doesn't help.  It also doesn't help that the chickens keep flinging it all over since the pile is never really contained well enough to keep the scratching biddies out of it.

When Paul's running the dozer through the woods, there are spots where I can get some soil, usually directly surrounding the area of a large, downed tree.  So I can screen some decent dirt from that.

But the easiest, and by far the nicest garden amendment comes from here: 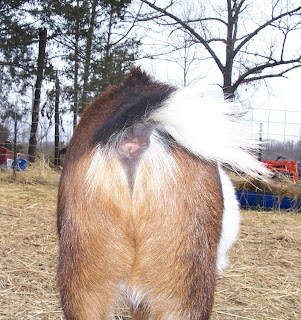 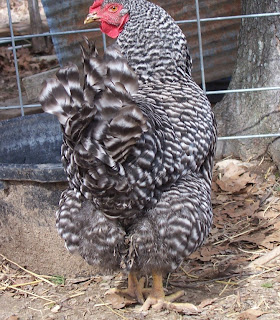 and is found right in front of the goat / chicken barn: 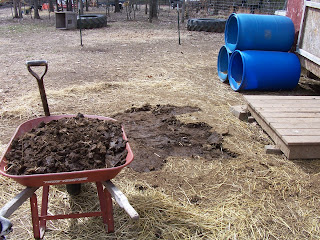 This area gets a lot of goat berries (nice word for poop) and the occasional chicken turd.  Every morning I sweep the barn floors right out the door.  This area also gets a lot of foot & hoof traffic so stuff is pretty much pre-pulverized.  After a particularly heavy rain, I'll put down some straw so it's not so smooshy.  And about twice a year I collect the already-composted, nutrient-rich material, and "fluff" it up a bit by crumbling up the bigger pieces and adding sawdust or whatever other organic material I can scrounge up around the farm.

Super Dirt?  No thanks.  We got Super POOP!