One of the two remaining broody hens actually hatched out a chick!  As in one. As in started with a dozen eggs and only managed to not destroy three eggs after three weeks.  One of the three eggs was a dud (the contents sloshed about when I picked it up and shook it a bit), the other one was a green egg, but I wasn't sure if it was a dud or not.  I let her set on it another two days then took it away from her and put it under the other broody hen.  Not exactly sure what I'll do if it actually hatches as it will be several days before the other four eggs under her, but we'll cross that bridge when we come to it.

I know I'm constantly complaining about the broody hens and their apparent inability to not crush, eat or otherwise destroy their unborn offspring, but even this single little peeping ball of fluff makes it worth it.

So in order to celebrate this new little spark of life that has blessed our homestead (although in all honesty, may be blessing our supper plate if it's another stinking rooster), I'm going to have a giveaway!

I've actually been wanting to do this giveaway for a while now, but for whatever reason haven't got my bum in gear to do it.  I'd been waiting for some sort of "special" event or a sign from the heavens or something corny like that, but I got sick of waiting.  So up for grabs is the following book: 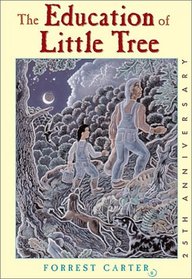 I guess I should have waited until gardening and canning season were over when you'll actually have some time to sit down and read it, but I figure if you can't squeeze in some reading time now you can put it away until winter.

And my apologies to Susan over at e-i-e-i-omg! as she probably won't be entering this contest as I know she already has the book.  She is the one who suggest it months & months ago and I picked it up from paperbackswap.com.  Although I'm not excluding her from the contest as she could then pass the book on to one of her friends.  Or just have two copies.  One for home, one for the car?  One for her, one for the cat?  Heck, now she'll have to enter just so I don't feel badly for saying that she probably wouldn't!  Anyways....

Once I got it and started reading, I couldn't put it down.  It was such a great read.  I'll probably read it many, many more times.  How am I going to do that if I give my copy away, you ask?  Well, I'm not actually giving my copy away.  I still have some credits over at Paperback Swap so the winner will get one mailed from them.

So, thanks again Susan!  Let's keep passing on the wonders of this little piece of literature :)

Oh, yeah.  How to enter the contest.

Make a comment on this post saying you'd like to be entered.  And if you make another comment (can be on the same posting) with a cat joke or a funny/happy cat story you'll get a second chance!

Contest ends sometime late night Sunday the 19th, winner to be announced whenever I wake my lazy arse up on Monday and have Rhiannon pick a name out of the basket.  USA and Canada residents only.
Posted by Carolyn at 5:53 AM