Just today I went out to feed moo-moo Pickles the bottomless pit and collect any eggs before they cooked in their shells.  As I opened the coop door, I was greeted by a 5' black snake bulging with several eggs in it's belly.  Oh, and I know it was 5' tall as I whacked it's head off and tossed it into the compost pile.  No, I don't hate snakes.  Actually, I kind'a like them.  But not ones that eat our breakfast, and not ones that could just as easily make it's way into the other side of the coop and gobble up the six new chicks.

Earlier this spring I had rabbits in the fenced-in berry garden eating the blueberry bushes and newly planted grape vines.  The deer have stripped half of the leaves off two of the semi-dwarf peach trees. The armadillo has laid waste to my newly planted winter squash plants.  Squash beetles.  Mice in the barn.  Opossum snacking on one of our hens.  Hornets & wasps constantly dive bombing me. Black snakes.  Not to mention the domestic animals; chickens having a ball scratching around in my newly planted raised beds and Moonshine occasionally using the same bed to bury an occasional bone in.

Yes, I know that all these creatures were here long before we were.  And I know that we should have everything securely fenced in, locked up, made tidy or generally "Animal Proof".  And we do have some fencing up; the berry garden is fenced in with small-diameter fencing and the fruit trees are surrounded by either cattle panels or individual wire enclosures.  The goats are contained, but the chickens are able to free range (and free buffet my raised beds in the front yard) because they can easily move in & out of the cattle panel goat / chicken yard. The chickens also get locked up in the coop at night and the hen and new chicks are locked up in their own pen.

But even those physical barriers do not stop the more persistent of the local wildlife.  Deer jump over the fences or push their muzzles through the wire to grab a leaf her or a leaf there.  Armadillos will bulldoze their way through a not-as-secure-as-it-should-be garden gate.  Wasps will continue building nests in the barn no matter how many times I knock them down (like a million so far). Chickens will scratch their way to China in any un-fenced or un-netted raised bed. And the black snakes?  Well, I don't think there's really any way to keep them out of the coop during the day. 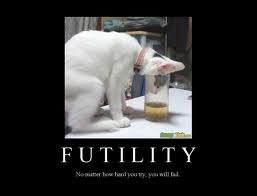 Every time I go outside to survey the homestead, I wonder what damage Mother Nature has bestowed upon us during my absence or which fence/gate has been compromised because of overly-curious (i.e. insanely annoying little bastard) goats, mules or horses.  It's enough to make anybody wonder why they garden or own livestock.  I may just give in one day. 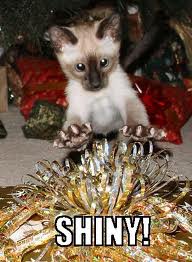 Ooooo!  Look at the calendar!  It's almost time for ordering the Cornish meat birds!

I gotta get going now.  I've got some Bulls Blood heirloom beets and carrots to get in the raised beds before the day is over.  Maybe even some peas.  Or cucumbers.  Or......
Posted by Carolyn at 6:23 PM