A calm finally settles in

“The only order in the universe is just a cycle of calm and chaos.”
― Toba Beta, Master of Stupidity

Tuesday came and went without another kidding or life threatening accident.  Mom came over to help with housework.  I actually got a 45 minute nap in.  And last night I slept, mostly uninterrupted, for four hours straight.  I'm ready to take on the world again!

Which, dear Universe, doesn't necessarily mean that I want a re-do of the last week's happenings.  I think I had enough excitement for this year, thank you very much.  Besides, I'm kind'a digging this "personally clean" thing.  Yesterday morning I took a shower and I didn't have to take another one until just this morning.  I actually was able to go through an entire day without blood, uterine fluid, hacked-up medicine mixed with goat spit, and pieces of dried up placenta in my hair.  Oh, I still have poop on my shoes, and hay in my ponytail and milk replacer/baby goat spit on my pants, but I can handle that with no problem.

It's also been two days since I made any emergency runs to the vet or the feed store or the pharmacy.  The pile of used needles on the windowsill that would have made a heroin addict do a double-take has been disposed of and hopefully no new ones will replace the pile.  Nettie had her final shot of penicillin last night and I'm sure she's thrilled that my hands are holding a cookie and not a needle every time I go visit her.

I actually feel a bit of calm coming back to the homestead. 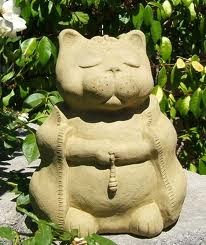 Or it could just be that the cold temperatures have returned and I'm just becoming numb.  Highs in the mid to upper 30's during the day, lows in the 20's at night, and when it does warm up to the 40's on Friday, the weather guys are calling for freezing rain.  Once again, nothing horrible, but there is still one goat that is supposed to kid in the next couple of days I've been doing butt-checks every few hours.  I don't want her kidding out in the weather.

Another thing that happened to calm things down here, is that I sold NewNew.  She went to a family that will use her as their first milker (when she kids next month).  And what was really nice, and somewhat unexpected in a good way, was that this woman not only brought a leash with her (for whatever reason when I sell goats, NObody bothers to bring a leash so I lose one of mine every time), but had a list of questions to ask!  I love an informed and concerned keeper of livestock.

Oh, and it gets better.  They will be taking Nettie's bottle bucklings!  I put them on the local sale page for cheap, but haven't had more than one bite.  So I made her an offer she couldn't refuse: FREE goats! (Bwaahahahahaa!)

You know, back when we first started the goat thing, my goat mentor had given me Chop Suey for basically nothing ($20, if I recall correctly) and then later given my friend a buck goat, Pan (the bastard Nigerian Dwarf buck I eventually inherited from her) for free.  I didn't understand why she was just giving goats away.  Boy, was I naive back then.

We'll disbud Nettie's kids before we let them leave next week and I told her if she needed help castrating them in a couple months that she could bring them back here and we'd show her how.

Now I'm off to calmly walk outside, give Nettie more treats and check on Lily's behind. 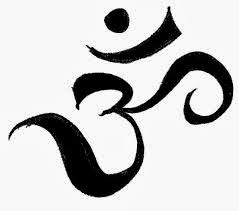