Goats in Totes, Kids in Coats & a Stint in Splints

And then, there's Pickles' buckling.  He had some sort of double-jointed thing going on with his back hocks.  Looked it up and found that it isn't that unusual, some say it's a selenium deficiency (even though we supplement it), other say it's just a "thing".   I tend to think it's because Pickles was a week early.  When I first realized the problem, I though it was going to be a culling situation but then did some internet searching and saw several say that they have splinted them or just let them work it out and in about a week they got better.  I couldn't sit there and watch him struggle so much so I asked Paul make him splints for his back legs. 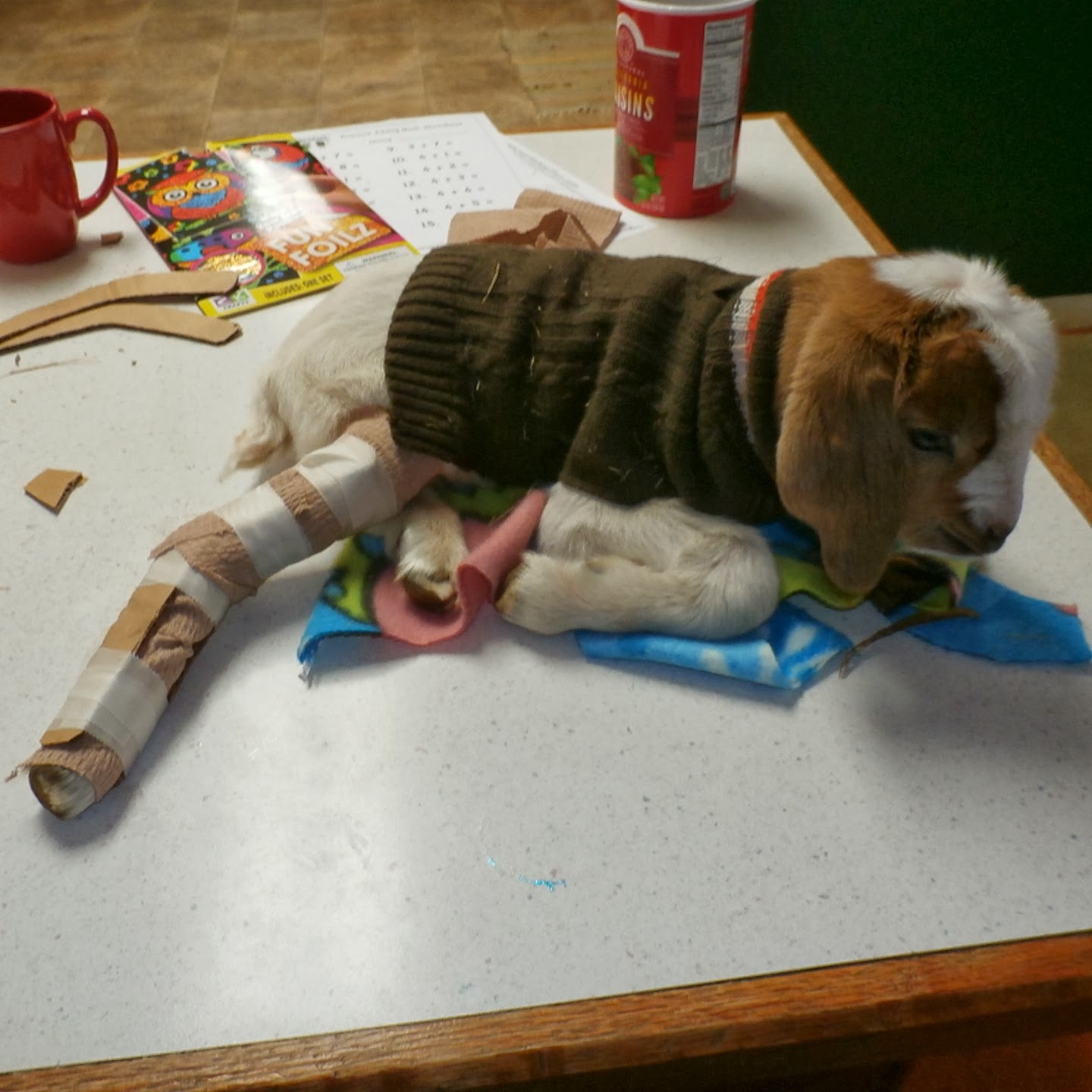 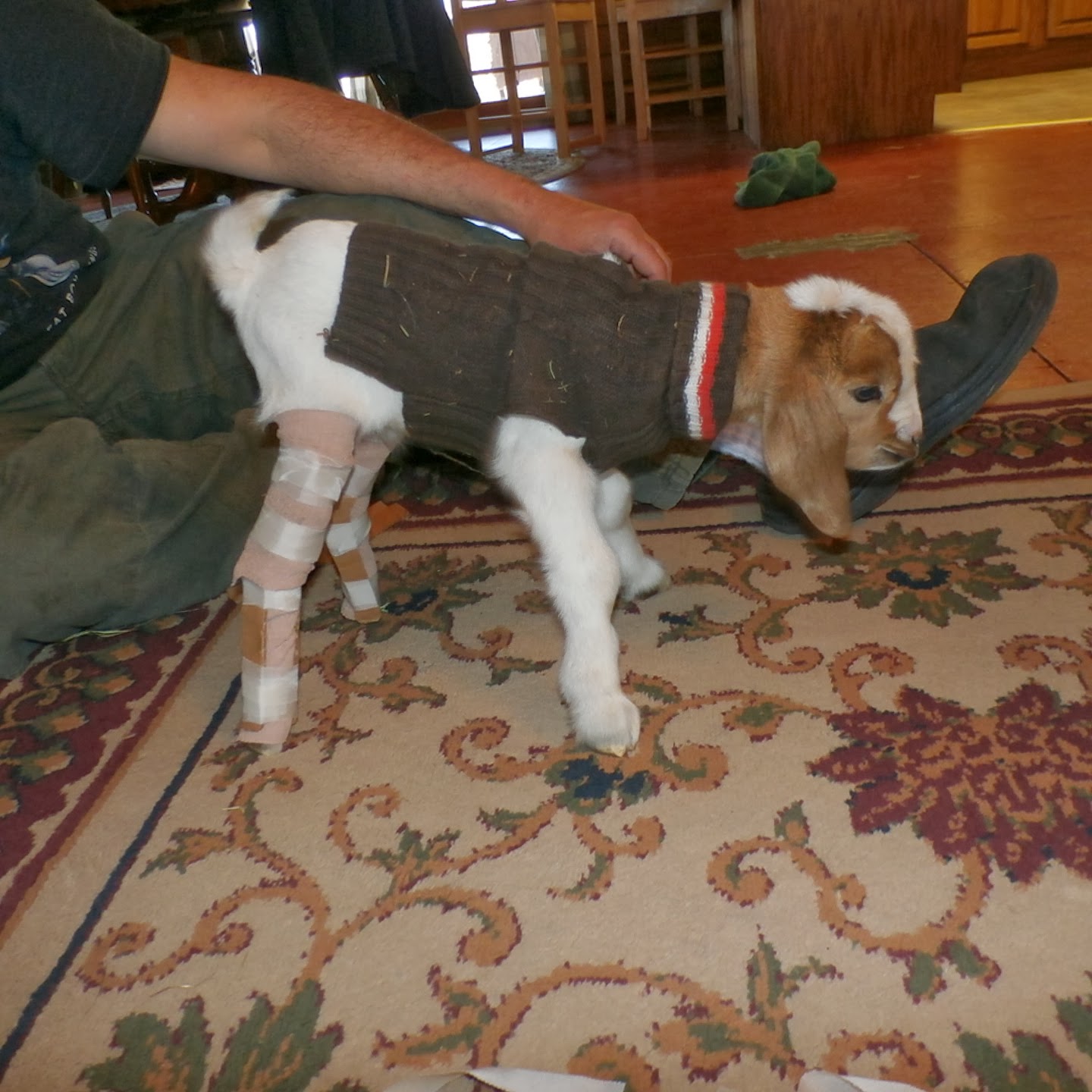 They worked for a little while; until he pee'd on them and the cardboard got smooshy & no longer supported the bend in the leg.  So then I brought him inside (greeeaaaat, another goat in the house) and did some physical therapy with him.  Which he did not appreciate in the least.  Ingrate.  So I kept the splints off and he did seem to be able to gimp around.  But I still take him to Pickles and hold him up so he can nurse.  I think we're going to try and do the splint again, but this time use some sort of plastic brace.

It was a nice, sunny day yesterday and Nettie was out enjoying the warmth. 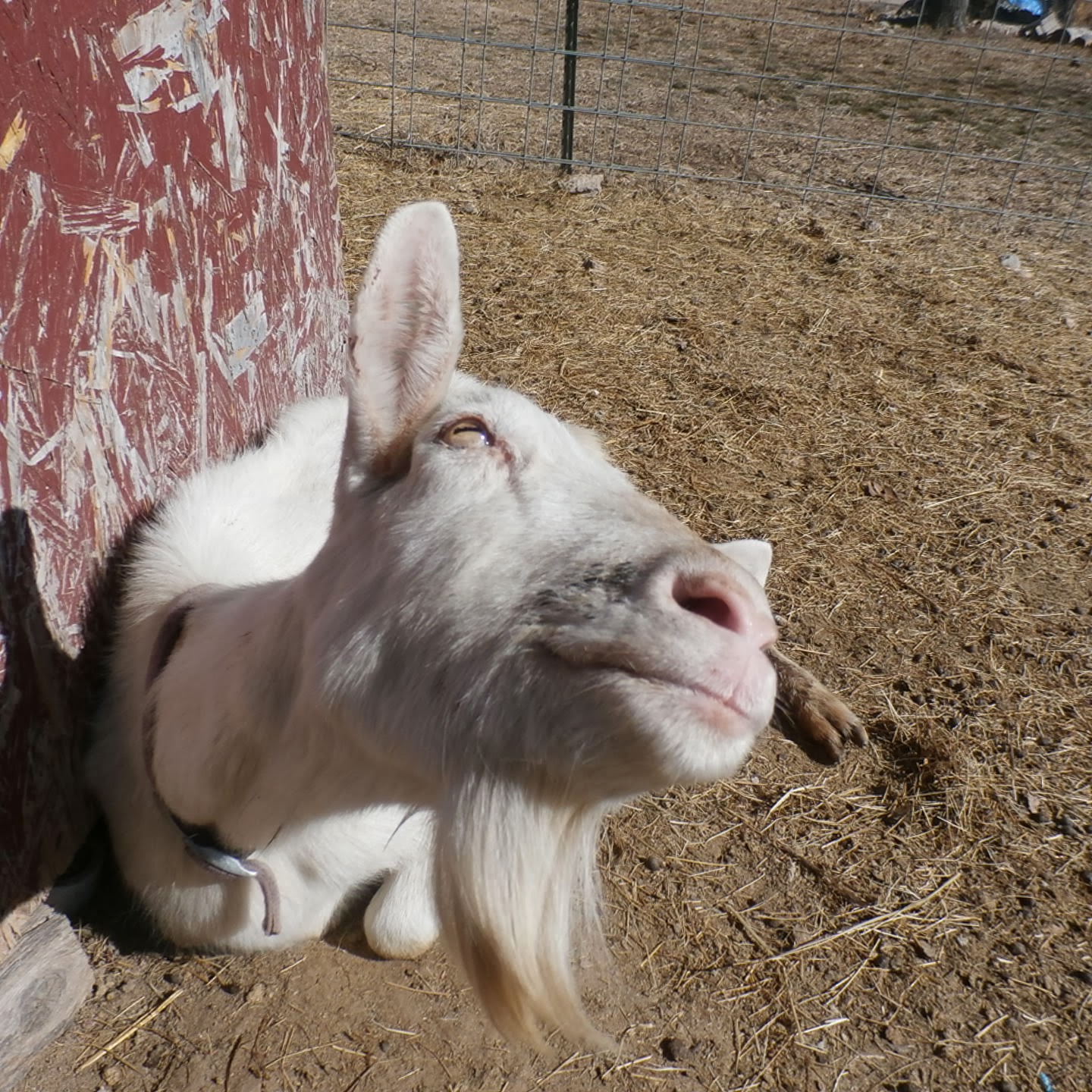 Today is much cooler, but she's still out and about.  She's also playing "Auntie Nettie" to Annette's two doelings.  At one point I though we were going to have to intervene as Nettie was claiming the kids as her own and was actually head butting Annette away.  But the kids made their way back to Annette to nurse.....then went back to Nettie to climb on her.

I put out some fresh hay this morning and Nettie dug right in! 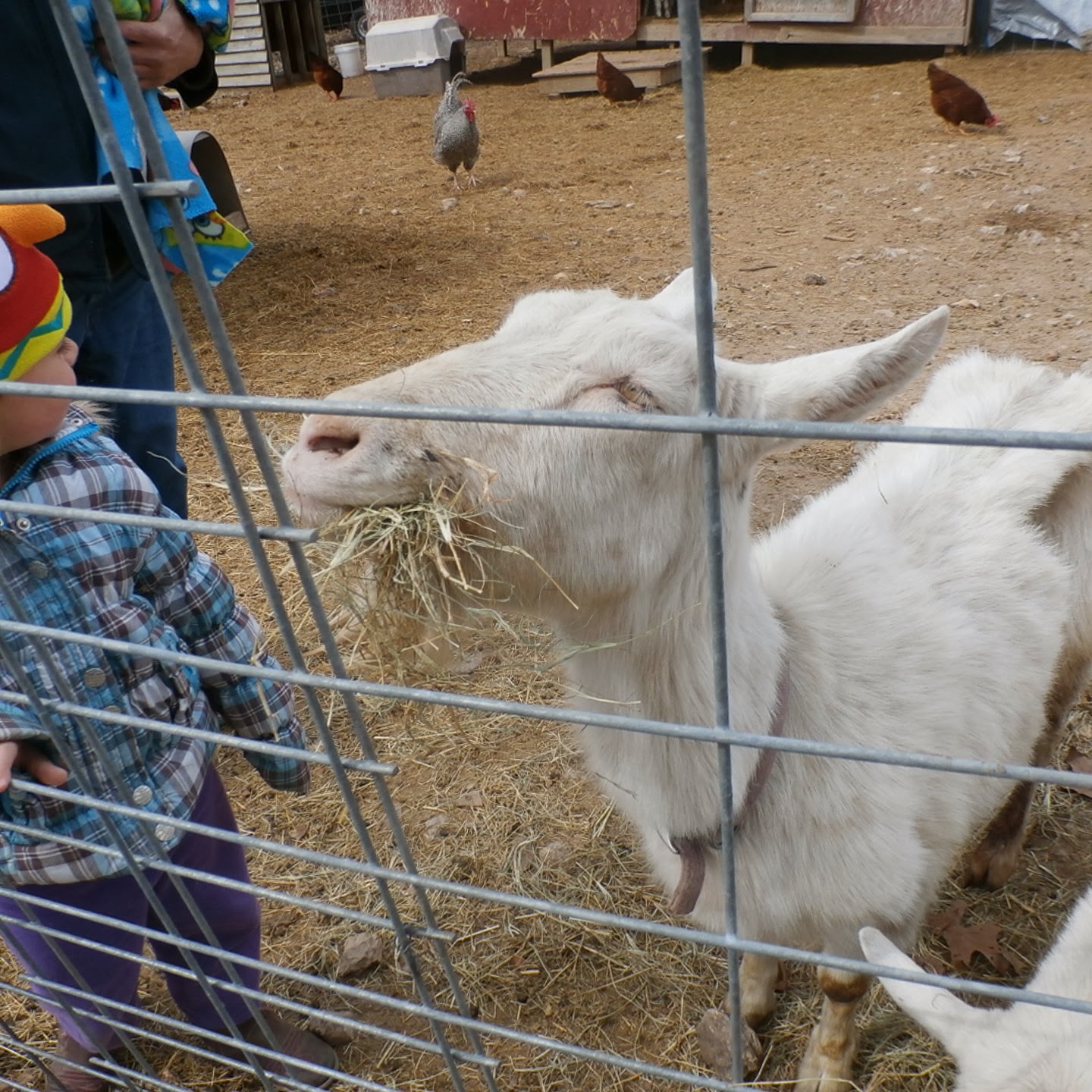 It was good to see her appetite coming back.  She had been picking at grain & eating apples, prunes & raisins, but it wasn't until today that I saw her actually excited about a fresh pile of hay.  Nettie still has a long recovery ahead of her, but I'm sooooo happy that she's on the mend.  Thanks for all your cyber well wishes and thoughts for her!
Posted by Carolyn at 12:02 PM