We just may get out of the below-freezing daytime temps (and single digits at night) today so the ice that has been causing so much trouble may be gone by later this afternoon.  The ice we had on top of the snow has made everything an ice rink outside.  Rhiannon is enjoying it though, says she's ice skating in her boots and has been able to do some sledding. 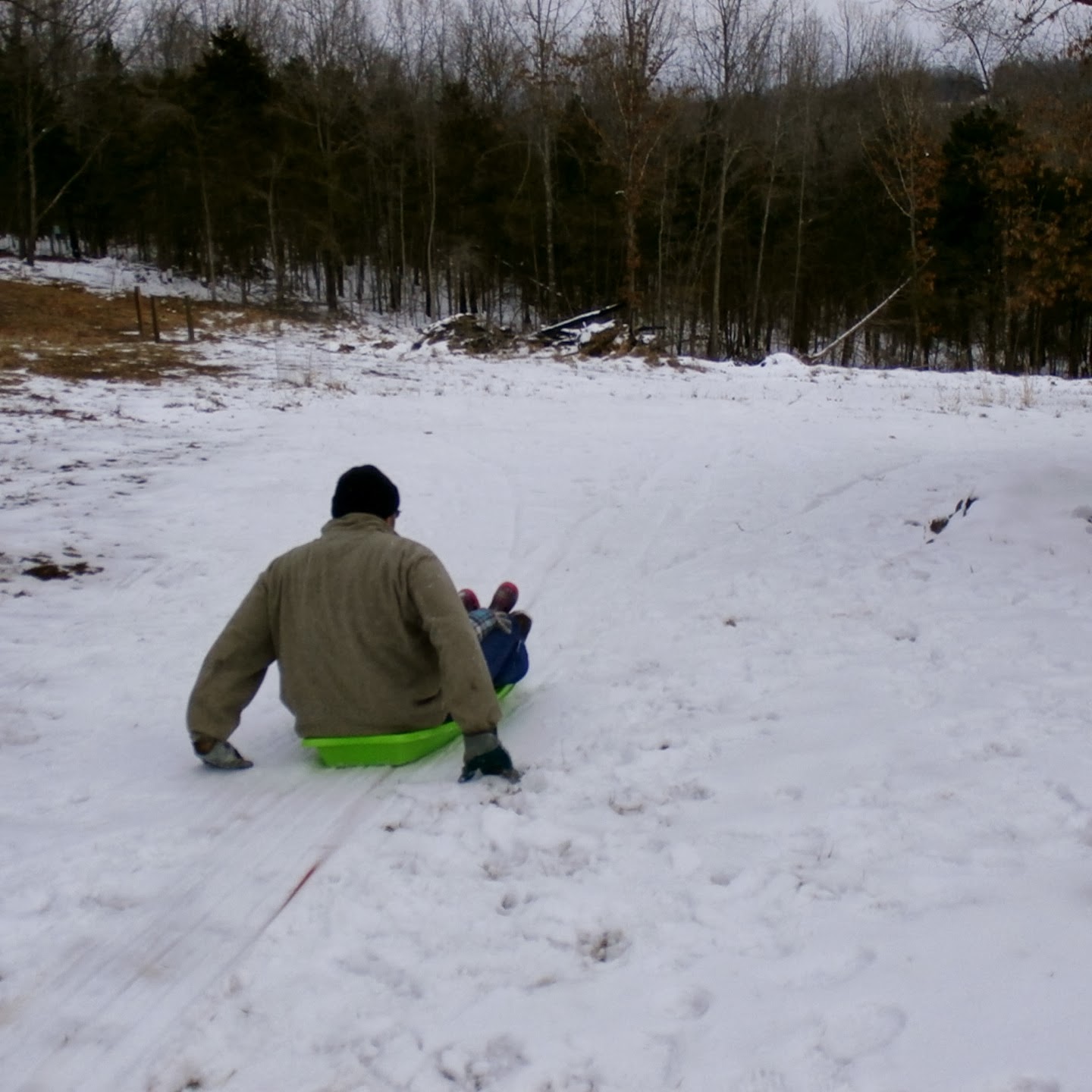 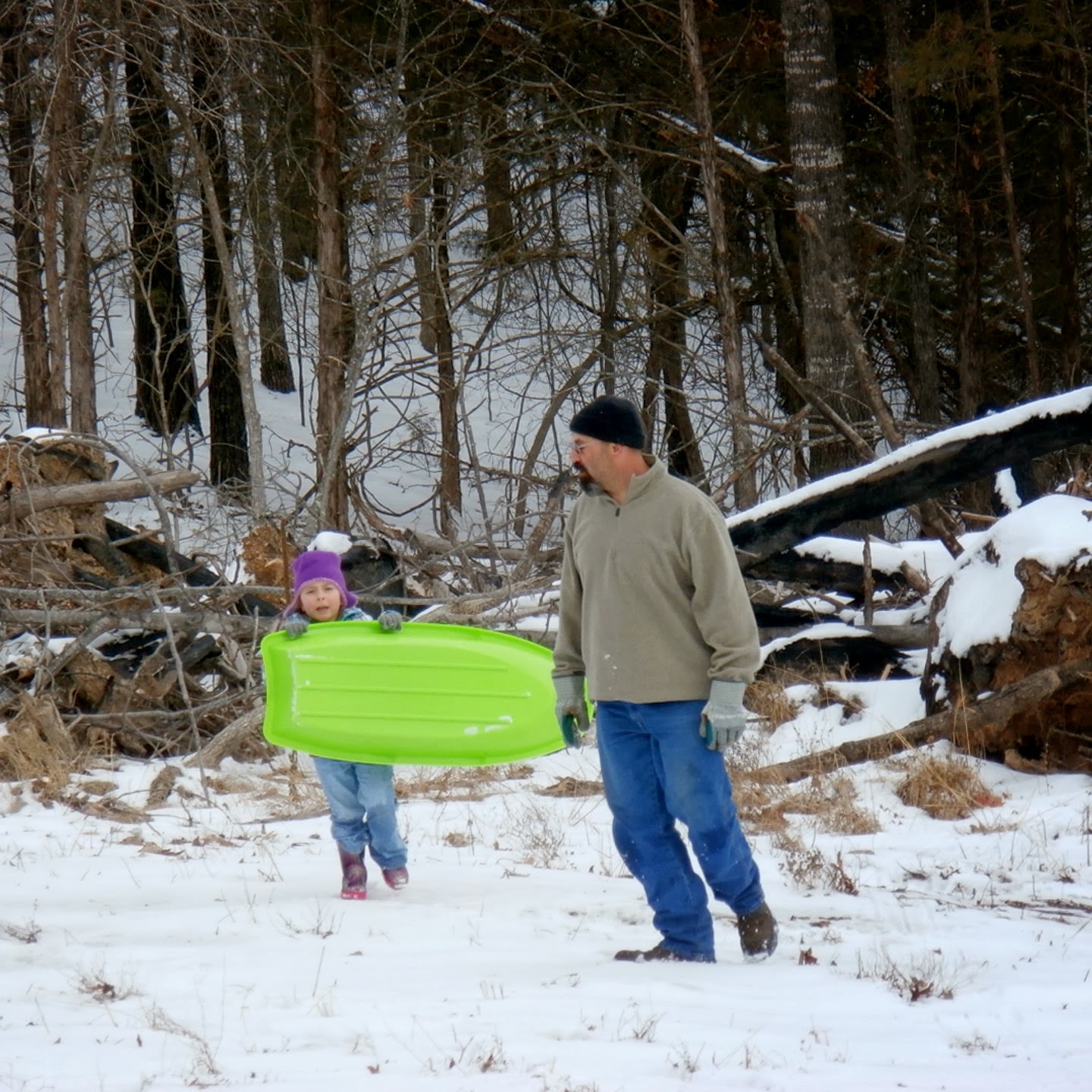 I've been struggling to haul wood in the wheelbarrow without slipping and hauling the two 5-gallon buckets of water to the goats/chickens without falling is like an Olympic challenge.  Guess it's time to get some of those ice walkers, although Paul has said my outdoor muck boots are thick enough that he can drive some screws through the soles.  I may let him do that, but then that means that I won't be able to come in the house with them (which I occasionally do).

The goats are doing ok on the ice, probably because their pointy little hooves can break through the ice more easily than big boots or Giant Sloppy Dog feet.  Even Charlie has had his fill of slipping and he's now walking kind'a funky so he doesn't end up on his behind.

We still have avoided any major livestock mishaps because of the frigid weather, although I did have to play detective after spotting this in the yard: 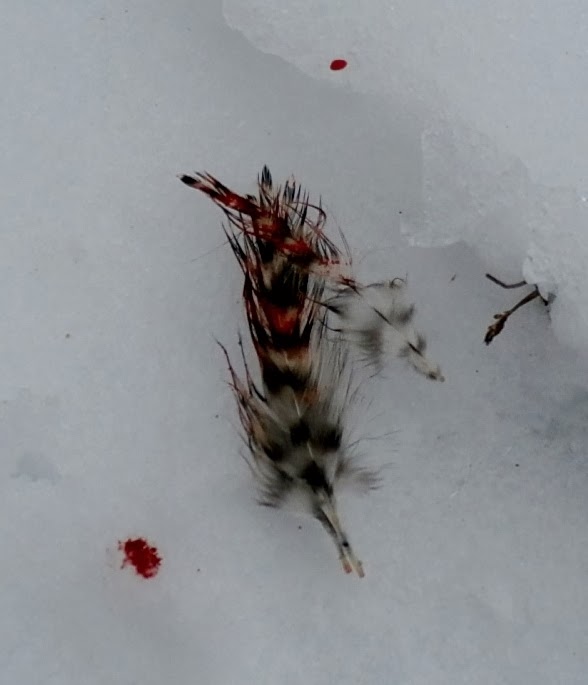 Apparently the two dominant roosters are at it again.  I found both of them, very much alive, but very much bloodied up.  Not life-threatening, but blood enough around their combs, wattles and neck feathers to make one go, "ewwwww".  I really need to get rid of some of the roosters.  I had a lead on somebody that was supposed to come get them.....like three weeks ago, but it seems that most people can't bother either showing up, calling ahead or other socially polite norms when receiving free livestock.  It never ceases to amaze me.  So we'll try again.  Or they're getting made into soup.

Paul made me three little cedar suet feeders a while back and the woodpeckers & wrens have finally been using them.  Filled them up today with a peanut butter and lard mixture and put them back outside.  It's nice to watch them come up to the house. The juncos have been visiting lately and are taking advantage of the weed seeds still left from summer: I only seem to see them when there's snow on the ground.  I wonder if they are what people refer to as "snow birds" down here.  Not sure if you only see them when it snows because they stand out more or if they really are here all the time and just blend in with the darker, snow-free landscape.

Hope you're able to find some enjoyment from all the snow.  I'm trying :)
Posted by Carolyn at 2:32 PM