Rhiannon wasn't feeling well so we didn't get to Day 2 of the hog butchering until after the majority of the big cutting was already finished.  You know, the stuff I really wanted to learn how to do.  But according to Paul, it went something like this:

They transferred the hog carcasses from the cooler to the cutting table.  The back feet were cut off, then the hams (back legs) were cut off, trimmed and hung in the other cooler (they have two coolers!!! I'm so insanely jealous.).

The fatback (the "premium" fat) was pulled from the inside of the chest cavity and set aside.  Then the ribs were cut from each half, the bacon/belly cut from that, and then I have no idea what else.  I was hoping to have a step-by-step photo tutorial on how to cut up the pork, but all I have are pictures of what happened after the major cutting.  So if you'd like more detail, go take a look-see at Ohio Farmgal's and MamaTea's blog posts on cutt'n up hogs.

Anywho......Rhiannon and I drove up to the main processing building...... 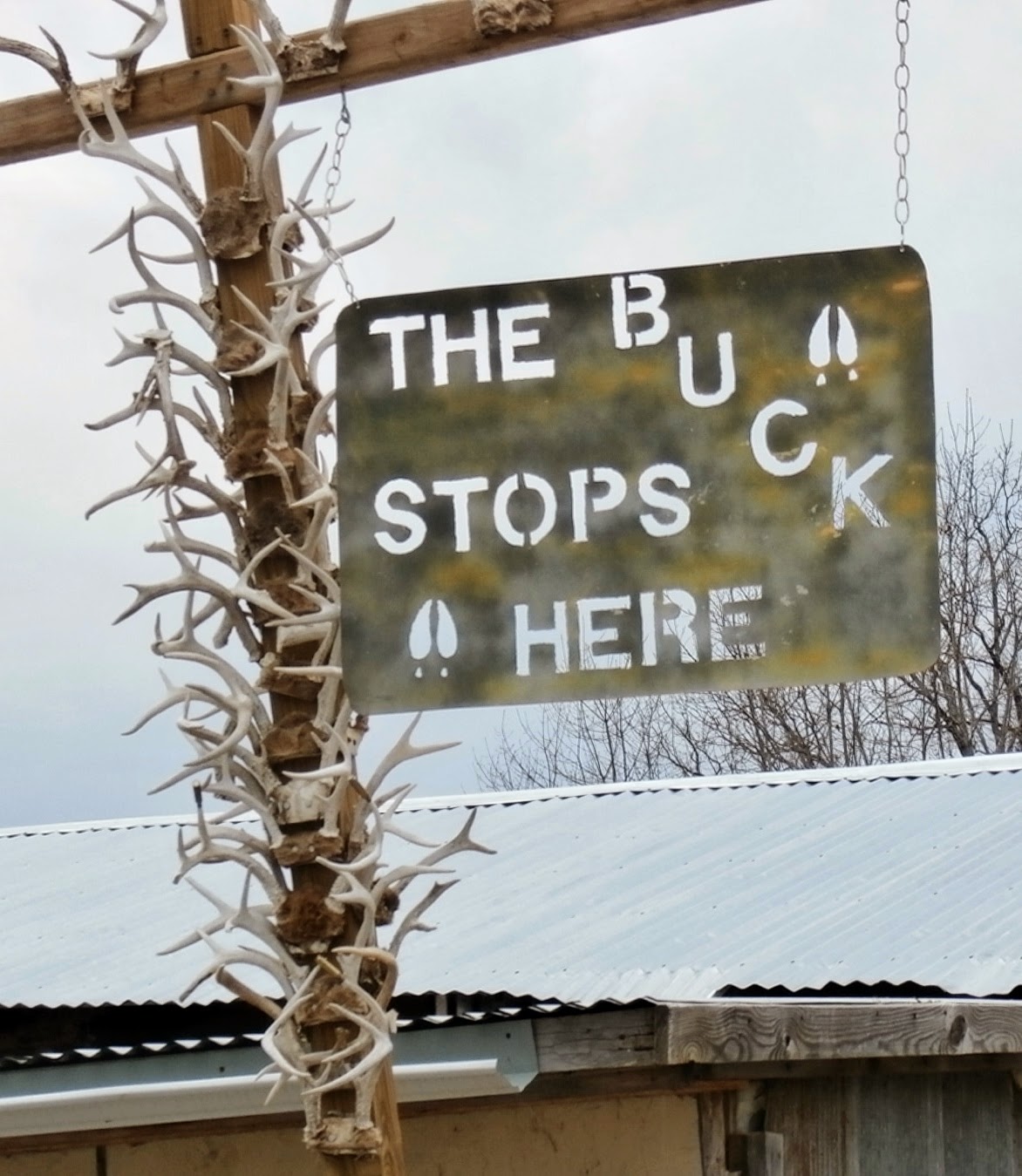 and this is what Rhiannon and I walked in on when we finally arrived:

With the exception of the stomach, intestines & gall bladder, nothing was wasted.  We took all five livers (for us) and the kidneys and hearts for Charlie the GSD.  The fat from the five hogs was split between us and another family.  Although I wouldn't mind trying to make head cheese, I figured I had enough to do so all five heads went to the owners of the facility.  And all the extras went into that bucked pictured above for wolf snackies.

I had originally instructed Paul to keep only one ham and have the second ham and both shoulders ground up but Paul said that the hams looked so good that he kept both of them, one sliced into ham steaks and the other left whole.  The whole ham and the two sides of bacon were already back in the cooler awaiting the curing process. 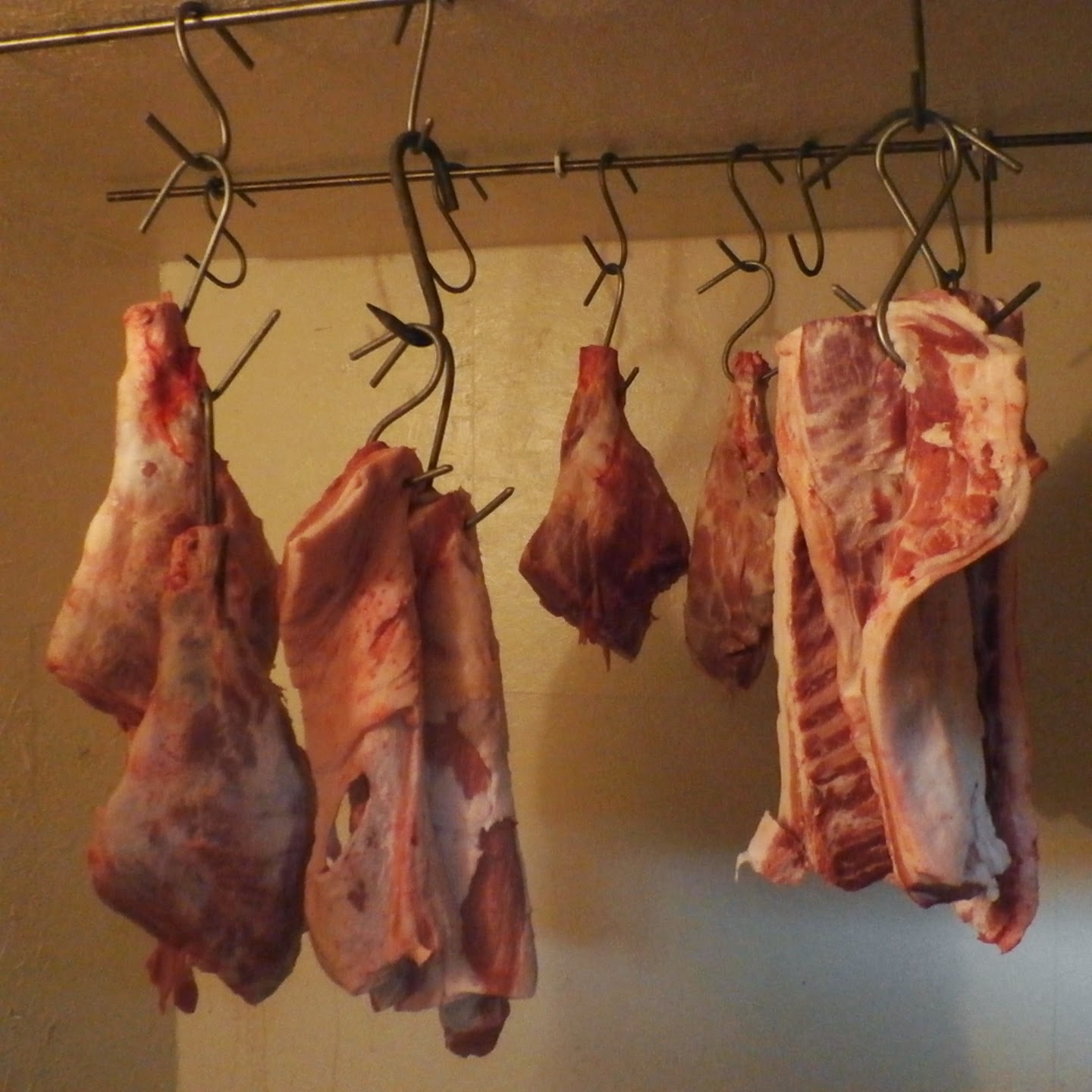 Rhiannon and I gathered our porky goodness and brought it home.  I weighed everything, lovingly put it into the large chest freezer, then just sat back and admired it :) 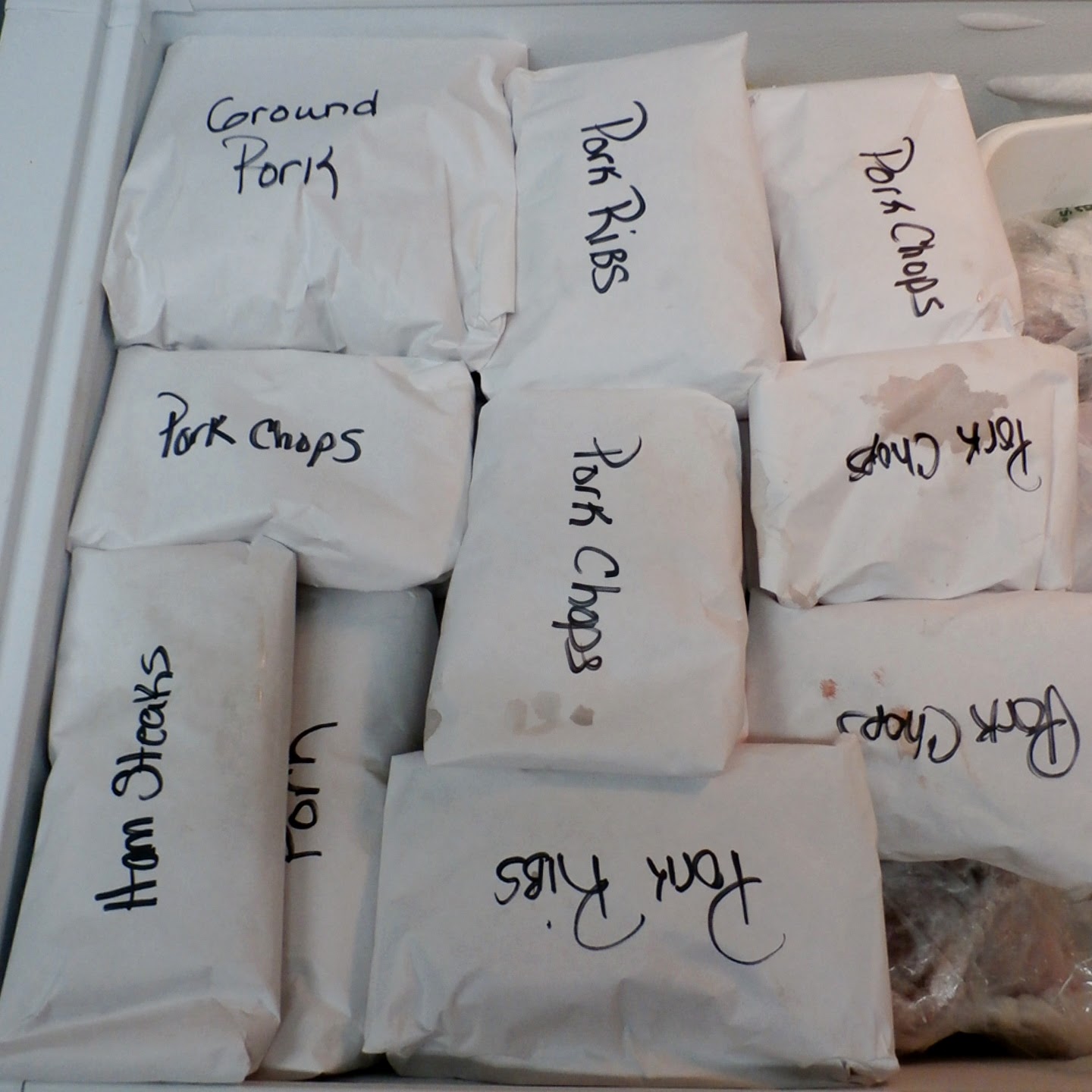