The sound of my arteries slamming shut

Even though the two days of hog butchering is behind us now, there is still plenty of piggy-progress to be made.

The bag o' fat that we brought home with us was picked through to separate it into "freezer fat" and lard.  The freezer fat is the better grade strips of fat that we will use to add to venison and other lean meats when we make sausage and is kept in the freezer until we need it.  The remaining fat was chunked up and immediately put into the crockpots. 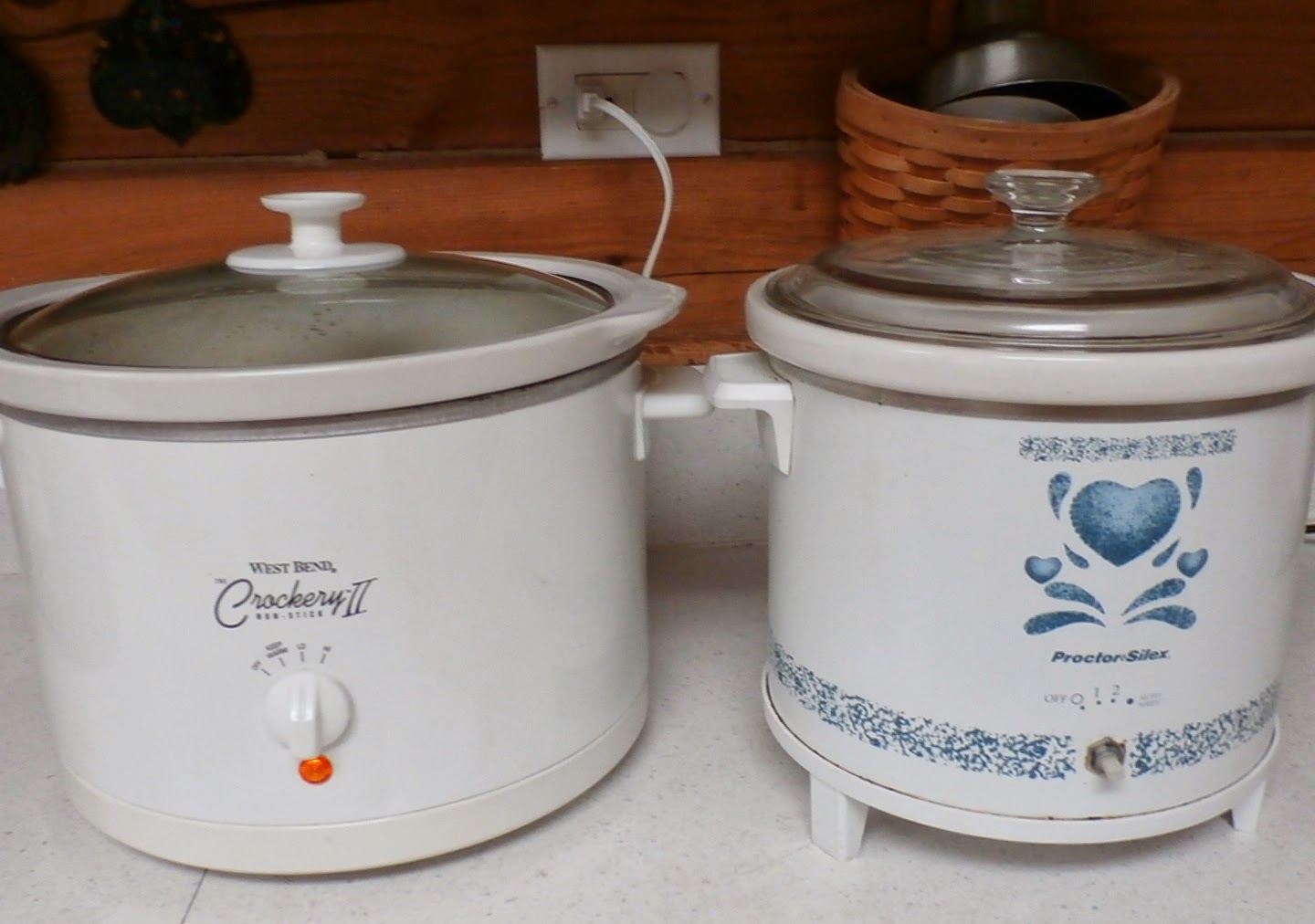 I've tried rendering lard on the stove top, in the oven and in a crockpot.  But my favorite, and by far the easiest way to render lard is in a crock pot.  I filled the crockpots about 2/3rd full, turned them on low, put the lid on.....and walked away.  About ten hours later I had a pot full of rendered lard mixed with cracklins.

I strained the liquid fat through a kitchen sieve into a glass jar, let it cool a bit, then transferred it to some hillbilly tupperware and stuck it in the fridge.

The cracklins were squeezed a little to get some of the additional liquid fat out of them, put back in a hot cast iron skillet, stirred them around with some salt & then put them on a paper towel lined plate to cool off. 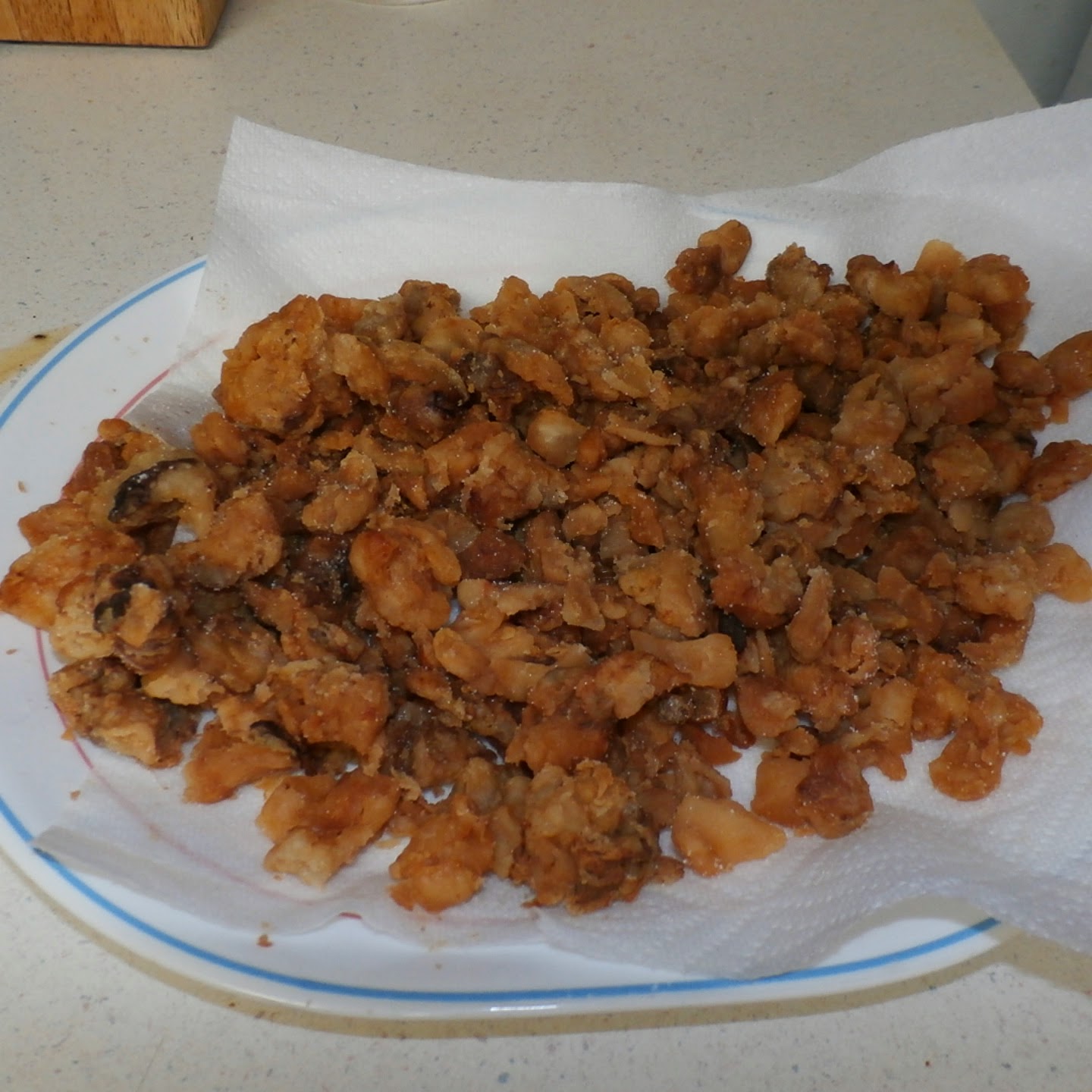 Heck, who am I kidding.  I didn't let them cool off for more than thirteen seconds before I popped a bunch in my maw.  Got second-degree burns on the roof of my mouth, but it was a darned delicious second degree burn.  After Paul yelled at me for eating them all showing some restraint, I put the rest of the salted cracklins in a zippy bag and popped it into the freezer so I couldn't eat them all to use in future cornbread recipes.

We also experimented with a new breakfast sausage recipe that Paul found online (sorry, I don't know how to find the owner of the original recipe to thank them).  The ingredients sounded a little odd, but we tried it anyhow.  And it was really good.  Different, and not exactly what one would think of as a breakfast sausage, but good enough that we made seven pounds of it.  It's got an almost sweet taste to it, and very yummy, although I wouldn't make sausage gravy with it.  Here's the recipe for those of you who have a bit of ground pork sitting around:

We also had fried pork livers for supper a few days ago:
The porkfest was broken up on Tuesday when we had a late St. Patrick's Day supper consisting of the obligatory Corned Beef & Cabbage.  But this morning, pork was back on the plate in the form of breakfast sausage patties next to eggs.
Posted by Carolyn at 6:47 PM