Local folklore has it that if you split a persimmon seed in half (lengthwise...you know, the difficult way), it will tell you how severe the upcoming winter will be.  If there's a knife inside, it will be a bitter cold winter, if there's a spoon/shovel inside be prepared for lots of snow, and if there's a fork inside you're lucky and will have a mild winter (apparently the fork represents good eat'n).

We've done this several years now, and the 'simmons (as Rhiannon calls them) have been pretty much on spot.  This year we got a spoon four out of five seeds.  The fifth one was "kind'a" fork-like, almost like a spork.
I was hoping that the spork seed would mean "kind'a good eat'n", but apparently it was more shovel/spoon than a spork because this is what we got yesterday: 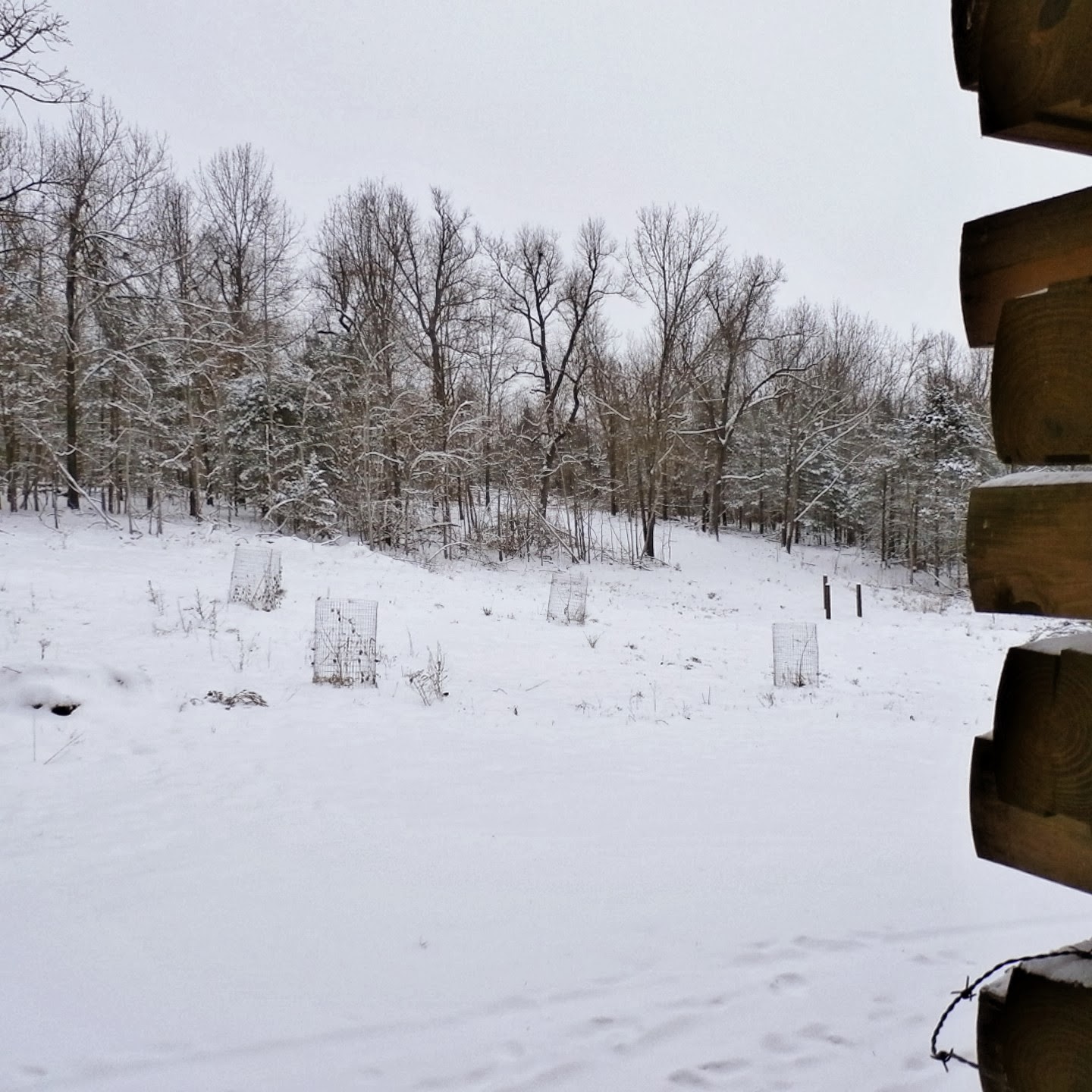 This is our third major snow this winter.  Need I mention that we were working outside just this Saturday in the mid-50's weather?  And on top of our 3-4" of snow we're supposed to get some more snow & freezing rain with temps in the upper 20's to lower 30's....meaning it will be a mess for the next week at least.

So I suppose it's good that Pickles and Lily didn't end up taking their first breeding go-around because not only would I have to put goat coats on the kids, but I'd have to look into fitting them for ice skates.
Posted by Carolyn at 1:24 PM