Gimpy was Pickle's kid from last year.  Right from birth, he had issues with his back legs.  Not sure if it was because of a Selenium deficiency or what, but we ended up working with him for weeks before he could walk own his own.

At first, we tried making him splints.  The splints didn't work very well so we tried something else.

We hung him up in a sling for hours at a time to see if he would be able to gain strength in his back legs.  But he swung around so much it didn't do much and he bawled most of the time.

Then we hobbled his back legs together.  This was the simplest solution, and of course, the one that worked best.

During this entire goat-leg-problem fiasco, there were times when both Paul and I were about to give up and just slaughter him.  We even brought him to the vet (basically just to get a stinking prescription shot of BoSe, which I don't think helped that much anyhow), who just said that the hobble was the best way to handle it.

But eventually he was able to walk on his own.

The fact that his mom, Pickles, rejected him and wanted nothing to do with him was just another pain in the rear thing we had to deal with as I had to tie her up just so he could nurse.  But eventually, he was able to walk on his own and filled out nicely.  He was one of the three Boer kids we let the local FFA group use as their County Fair projects and when he came back home last Fall, you would have never known that he had leg problems.

Gimpy's future was sealed as soon as we found out about his back leg problems.  Although if it were really a Selenium deficiency that caused his problems, it wouldn't be something that he would pass on to his offspring, but we weren't going to take any chances and decided to wether him.  Of course, he ended up being bigger than our current herd sire, Studly Do Right.  But being bigger wasn't really that much of a "problem" as he was destined for Freezer Camp anyhow.  And this weekend we finally butchered him.

He was way past butchering.  In fact, we probably should have butchered him shortly after getting him back from the Fair, but for whatever reason we didn't get around to it until now.  And I totally forgot to weigh the carcass.  And we ate almost all of the front legs and ribs, so I can't even weigh the meat.  Oh well.

Rhiannon knew that Gimpy was for eating, but when we told her that we were going to butcher him, she was a little upset because she liked him.  Oh,  Did I mention that he was also the nicest of the Boer kids?  Of course.  The biggest and the nicest ends up in the freezer.  But anyway, Rhiannon said she wanted to be there for butchering so we let her, and she wasn't upset at all once things got started.  And she was particularly fascinated with the fact that the skinless, gutless and headless goat was still moving parts of it's muscles.  Not entirely strange, but it still kind'a freaks me out, especially when there's a goat leg in the meat bucket in the kitchen and you go to pick it up and it's twitching in your hand.  (Hope my Mom isn't reading this.)

Anyways, we gave Gimpy everything we could to make his time on earth enjoyable, and in turn, he gave us amazing meals when his time was up.  We had friends (that help us with butchering) over for goat ribs and BBQ pulled goat sandwiches.  It was delicious.  During supper, Rhiannon kissed her sandwich and said, "Thank you Gimpy".  I think I got a little teary-eyed.  Then wiped my eyes with a BBQ stained napkin and wolfed down my sandwich. 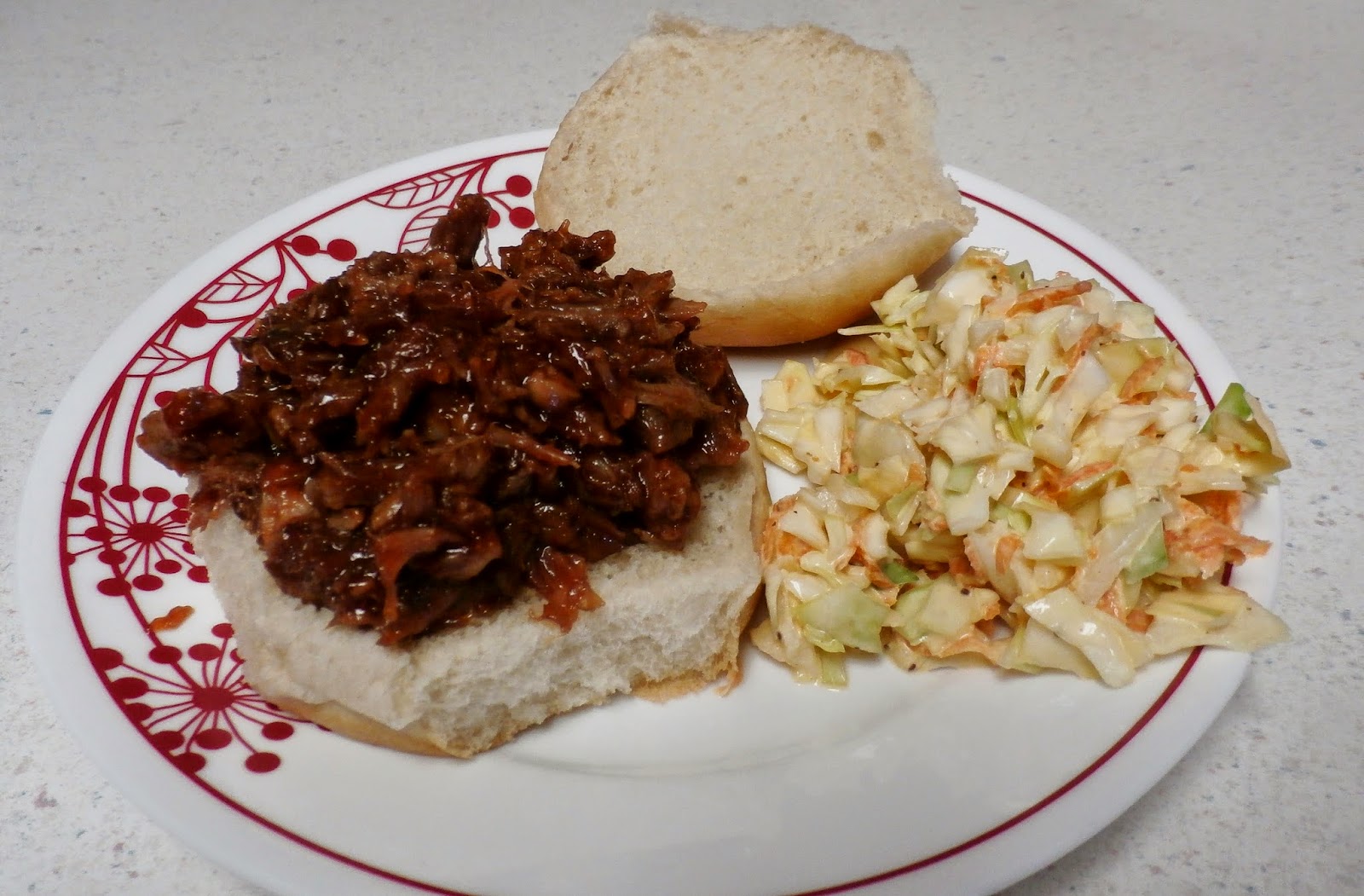 Although this wasn't our first taste of goat, this was our first official meal from a "Meat" goat.  We've butchered several dairy wethers, but this was the first official homegrown Boer goat.  Since we only had two bucklings last year and one died of hypothermia a few days after birth, it will also be our last for several months.  Even though we need Boer doelings to build up our breeding stock, I wouldn't be too disappointed in any bucklings so we can build up our freezer stock.
Posted by Carolyn at 10:31 PM