Yesterday we had our first kidding here at Krazo Acres.  Dilly popped out two bucklings with ease Tuesday late afternoon.

But we've had kids here since Saturday.  Some sort of time-flux?   Space worm-hole?

Nope.  I went and picked up two bottle bucklings: 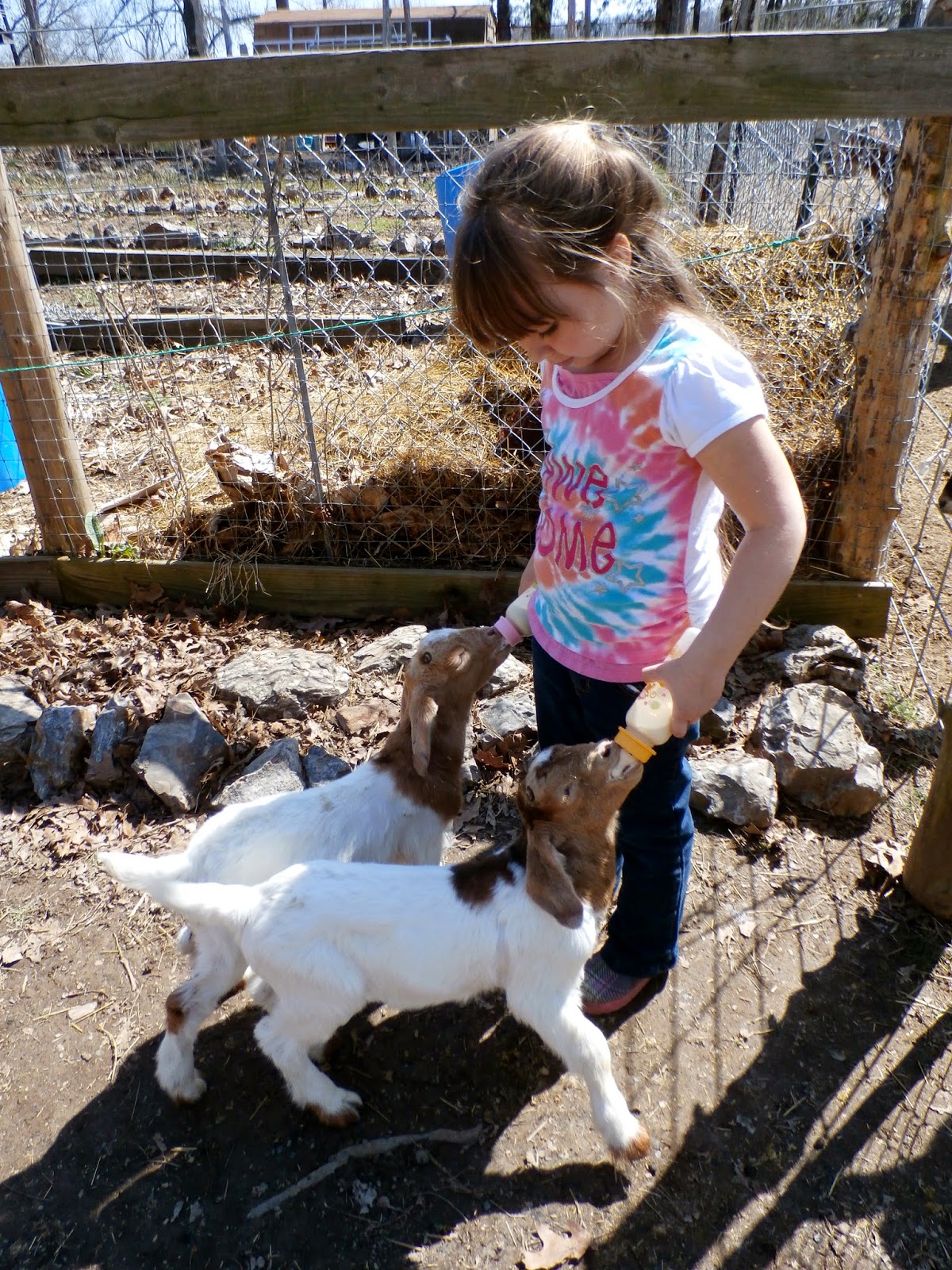 We goat a call from the neighbor asking if we wanted a couple of free eight week old baby Boer goats.  Their son had a friend that was wanting to get rid of them because they were tired of taking care of the goats.  Sure, why not!  As long as we weren't expected to keep them as pets and weren't required to sign off on a statement saying that they wouldn't end up in the BBQ.

Well, it turns out that they weren't so much eight weeks old, but FOUR weeks old.  Which means that they would still need to be fed.  With a bottle.  By me.  For four more weeks.  And they were bucklings.

It also turns out that the guy was hinting that I should pay him for these "free" goats.  He kept asking me what goats were bringing in at the sale barns and when I told him "squat" since the market is currently drowning in baby goats, he mentioned that he could get $150 for one later on.  Which I agreed.  He could.  After spending more money on goat milk replacer, and after bottle feeding them another four plus weeks, and after buying grain, hay and other medical necessities.  Oh and did I mention that I picked up the goats at a house in the city limits?  With NO yard.  And no doubt, without the "permission" of the neighborhood association or the city's blessing.

Wether or not there was a misunderstand between Goat-giver-upper, Goat-giver-upper's friend, Goat-giver-upper's friend's parents, and Goat-taker (me) about the meaning of "Free", I guess I'll never know.  But there was no way I was paying for two buckling bottle babies when I'd have to be buying goat milk replacer to bottle feed them (for FOUR more weeks) until my milkers freshened.  So in the end, I didn't end up paying for the goats, but did end up giving him money for the bag of milk replacer, which I would have had to buy anyhow.  I wasn't rude about anything, but I get the feeling that he thinks he got screwed out of something.  Hope he isn't bashing me on Facebook or anything.  And if he is, I'd be glad to give him his goats back.  After he paid me for disbudding and vaccinating them.

So that's the story of how we got goat kids before actual kidding started.

Paul's Take
She said they were free.  Then they weren't so much free.  If I were with her we would have slammed the car in reverse the moment he started hinting that he wanted money for these goats.

Oh, and do you recall that Carolyn, JUST FIVE BLOG POSTS AGO, was talking about how she hated bottle babies?  Apparently she forgot already.
Posted by Carolyn at 1:39 PM