It was 70 degrees on Wednesday.  Or was it Friday?  I don't quite recall as it seems like it's been weeks since I've seen the sun or been outside without the muck threatening to suck the boots right off my feet.

Regardless, on that wonderful, warm, sunny day, I got around to some gardening stuff.  Stuff that should have been done, say, back in November or December, but who's keeping track, right?

Anyways, which ever day the sun was shining and it wasn't raining, there was no way I was staying out of the garden, regardless of how squishy everything was because of the previous rain and snow melt.

I finally weeded the big tractor tire bed.  Last year we put a bunch of wood chips in the bottom, then a load of mullien (weed leaves) and topped it off with goat and mule manure.  I didn't plan on planting anything in it, but I let a bunch of wild Lambs Quarters last summer grow.  It did well, although it probably would have done well anywhere that I watered.

After the tire was relatively weed-free, I dug out the asparagus plants my mother donated to me last fall and planed on shoving them in there.  "Planned" being the operative word.  They're still in the bucket, but at least they're closer to getting in the dirt than they were a few days ago.  Hopefully some of them survived the winter in the bucket in the garage and will provide us with our first homegrown asparagus harvest this year (if I'm not too late) or next year.

I also have to re-establish the strawberry bed.  Last year the beds were totally overgrown so I yanked all the wandering plants out of the bed paths and stuck them in a bucket next to the asparagus.  I also weeded the bed itself, which was totally overgrown with clover, and probably tore up 90% of the strawberries in the process.  Now I'm wondering if I should put the strawberries back where they were, or move them someplace else.  I wish we had more of those huge tractor tires to use as beds because I'd put them there where they'd be less likely to "wander" out of their bed.

But now, both asparagus and strawberry plants sit in their respective buckets, awaiting a day when it's not constantly raining.  I know we need the rain.  I know I'll be complaining about lack of moisture in the dead of Summer, but right now I don't like the rain, the goats don't like the rain, and the chickens, well, they don't seem to care for it much either.  I'm not exactly where the phrase "Madder than a wet hen" came from, of if drenched poultry are actually angry, but they sure look pretty pathetic: 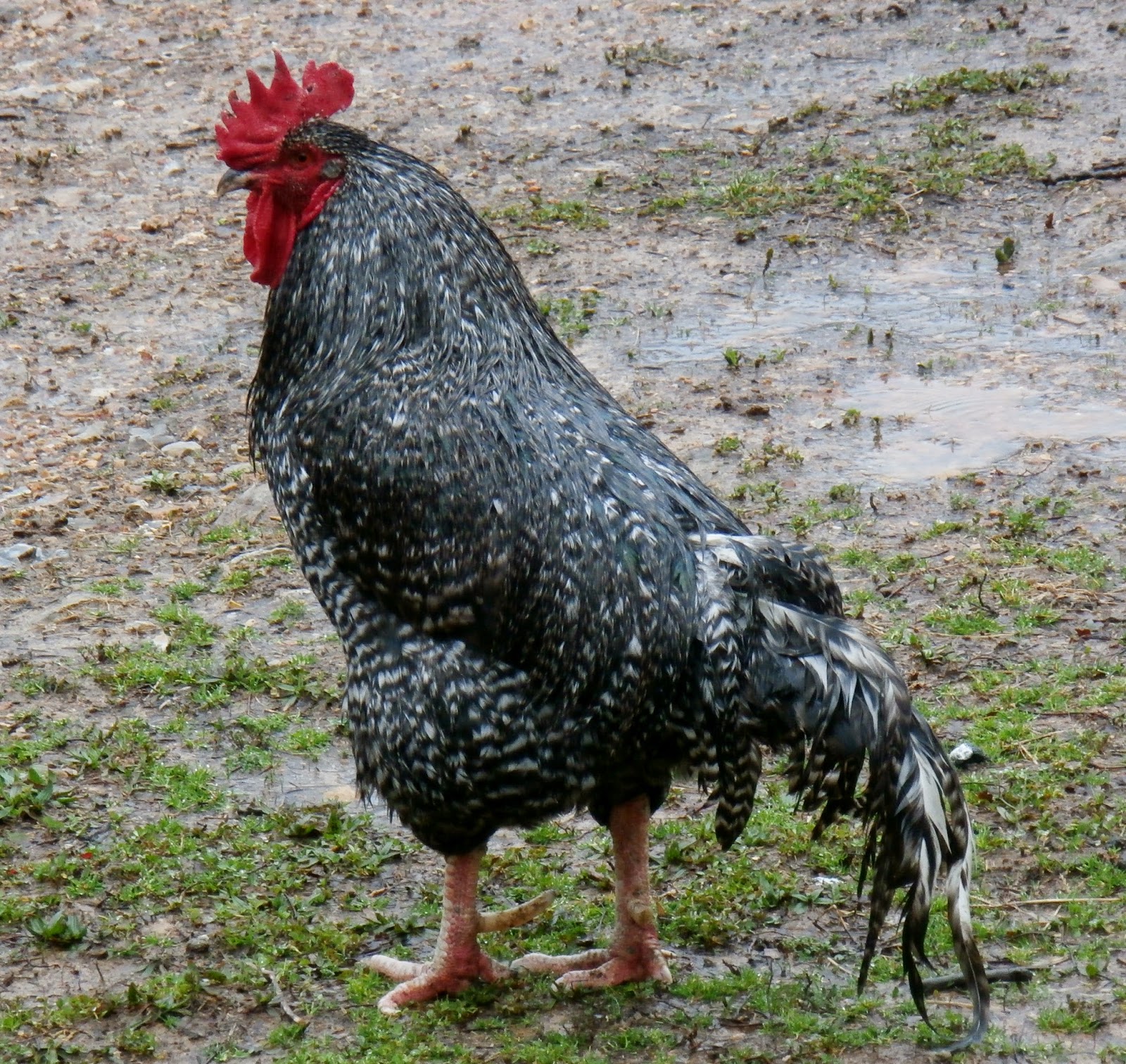