.....posting every day until Spring.

In about two weeks, kidding season will be upon us.  For two and a half weeks, I will be in and out of the barn, checking goat nether regions, watching for signs of labor, lifting tails to check for mucus plugs, and generally making my goats cringe every time I walk into the goat pen.

We have seven pregnant goats; the Boers - Lily, Clover, Dilly and Lira, and the Dairy gals - Annette, MamaGoat and Pyewacket.  There should be eight pregnant goats, but Pickles never got bred.

We will be keeping all the Boer kids, either for breeding stock (the females) or for putting in the freezer (the males).  I don't plan on keeping any of the dairy kids.  I already have two seasoned milkers (Annette and MamaGoat) and this will be Pyewacket's first freshening so I'm anxious to see how she puts out in the milk pail.  Any kids I don't plan on keeping are put up for sale in the local paper or on the local Facebook page.  I normally post the Awwww-how-stinking-cute newborn pictures along with some 8 week old pictures on the sale pages and hope that I get them sold by 12 weeks old.  But this year I'm going to try something different.

For whatever reason, it seems like a bunch of people are always looking for bottle babies.  I have no idea why.  I bottle fed Pickles, Studly Do Right as well as two of Nettie's bucklings from last year and I have absolutely NO urge to do so again.  I figure that unless there's some medical emergency or death of the mother, the babies are better off getting their milk right from the tap.  But hey, that's just me.  I hear that people like bottle babies because they're more friendly.  This may be true, as the Boer kids from last year (who were dam raised, then sent off to the FFA barn to be spoiled by some teenagers) absolutely hated  me.  Well, the doelings did.  The wether, who ended up being butchered, was the nicest goat.  Go figure.

Anyways.  Since I don't plan on keeping any of the dairy kids this year, I figured that the sooner I could get them sold, the better.  Someone want's a bottle baby?  Got one right here for ya!  I already put out the word that I would be having kids in the next few weeks and I already have a request for a buckling.  So my plan is to sell the kids as soon as possible.  I'm not sure how well a kid would take to the bottle if it's been nursing off it's mother for too long, so I'm hoping to have them sold within a few days after being born.

I do feel a little guilty about it though; tearing the kids away from their mother so soon.  But if somebody really wants a bottle baby, I guess they'll be the mother, and probably a more doting one at that.  Those freaky goat people and their bottle babies.....probably have the kids in the house, by the fireplace, wrapped up in one of those Snuggie blanket things, and wearing a diaper. 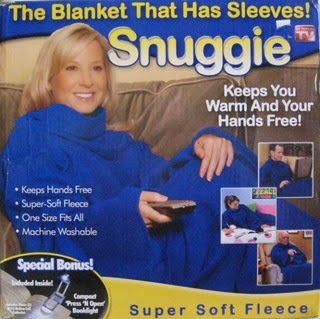 Ok, Ok....so I did have goat kids inside.  And by the fireplace.  But I did NOT buy them a Snuggie (my goat goats were hand made).  And I did NOT put them in diapers (although it probably would have been a good idea now that I think about it). 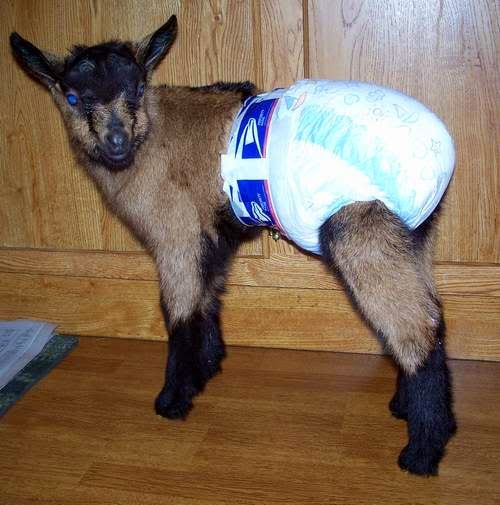 It's all those "other" people who are the freaks.